THE TRUTH BE TOLD... 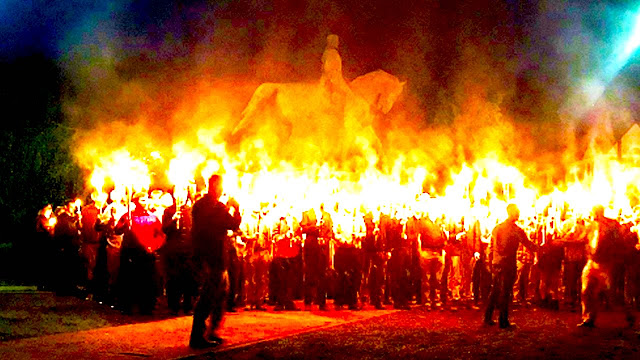 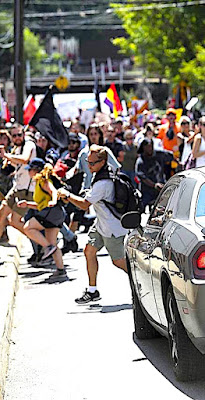 State of emergency
Saturday I popped over to Barney's with my
friend "A." On the way home I grabbed a pair
of shoes as I chatted with my daughter "M."
Then I decided to check my e-mail. Waiting
was the news that Charlottesville Virginia
had declared a state of emergency. Due to
the ramifications of an out of control White
Supremacist rally. Leading to a car barreling
into anti-racist protesters injuring nineteen
and killing one. And suddenly I was sitting
in Fratelli Rosetti with tears in my eyes. All
in theory caused by the impending removal
of a statue in honor of General Robert E. Lee. 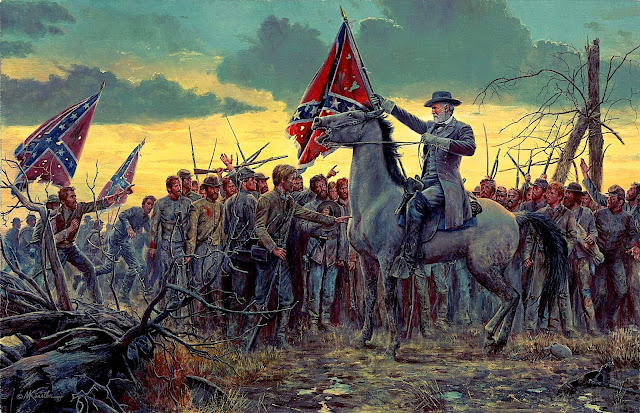 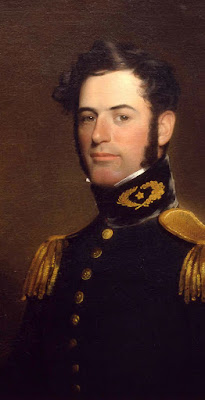 Made in America
Robert E. Lee was born and raised in Virginia.
The son of the Revolutionary War hero - "Light
Horse Harry" Lee, he was a graduate of West
Point. Subsequently he served as an officer in
the U.S. Army for thirty two years until 1861
when his home state of Virginia seceded from
the Union. Despite being offered a leadership
role in the Union Army and having a strong
desire for the United States to remain united.
Subsequently he led Virginian forces into the
Civil War. Fighting to protect the right of some
to legally enslave other human beings. Finally
ending the war by surrendering in April 1865. 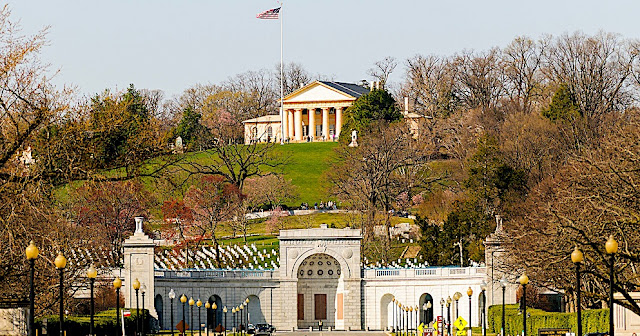 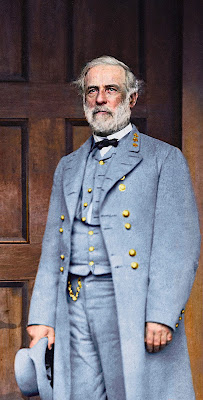 Historical precedence
Few argue that Robert E. Lee was an officer and
a gentleman. Post the Civil War, he supported
efforts to reunite the defeated south with the
victorious north. After his death monuments and
statues were erected in his honor throughout the
south. Nine southern states designated counties
"Lee" to laud their fallen Confederate hero. Yet
the "south" wasn't alone in such acts. Arlington
Cemetery sits on the grounds of his home, now
the Robert E. Lee Memorial. In 1958 the U.S.
Navy christened a submarine in his name. And
in 1962 concurrent with anti-segregation strife,
West Point named a dormitory after him. 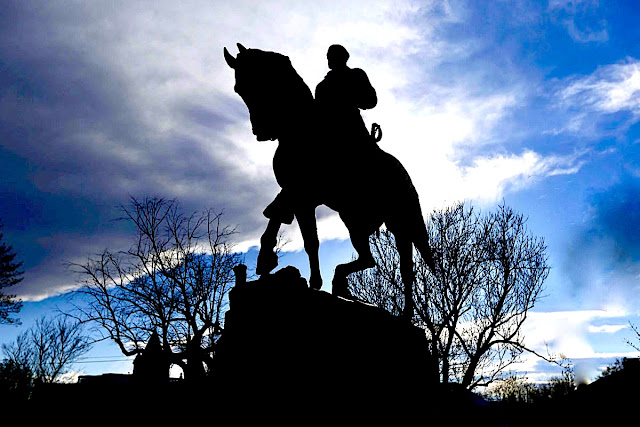 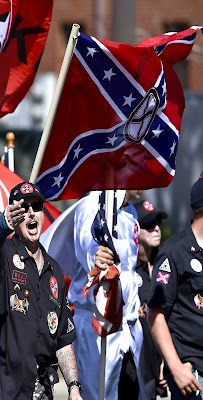 Past imperfect
Obviously the historic schism that ripped our
country apart over one hundred and fifty six
years ago continues to grow even today. One
thing is certain. Almost every historian would
agree that Robert E. Lee would never have
supported egregious acts of overt hatred as
we witnessed on Saturday. Yet our President
avoided publicly condemning white racists
and Neo-Nazis. Which causes me to wonder
why he didn't draw a line between right and
wrong. Possibly because the driving force
behind said rally was articulated by David
Duke, former Ku Klux Klan Grand Wizard? 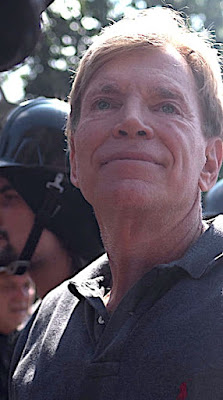 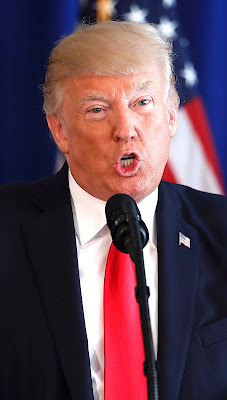 "We condemn in the strongest
possible terms this egregious
display of hatred, bigotry
and violence
on many sides,
on many sides."
DONALD J. TRUMP
President of the United States 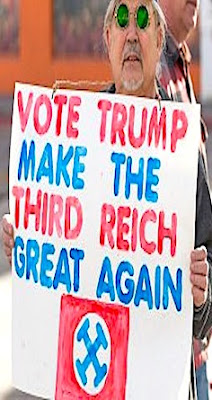 White lies
David Duke's statement is appalling. Right
or wrong, any white supremacist claim that
their acts of hatred embody the vision of
our President is shocking. Sadly Donald
Trump's response was equally offensive by
omission. Let's assume our President was
disgusted by what happened. Why did he
waver in his responsibility to clearly state
who did what to whom? Such an obvious
omission indicates an inability to publicly
denounce those who claim that they put
Donald J. Trump in the White House. Is
this proof that the alt right runs America? 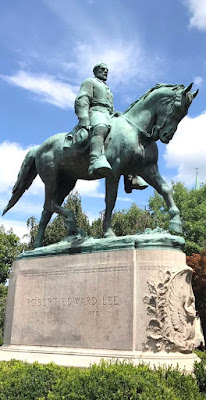 Speak the truth
Words matter. So what does one do when
confronted by such evil? They denounce it.
President Trump's avoidance of placing the
blame for this act of domestic terrorism on
White Supremacists and Neo-Nazi's is hard
to fathom. When it truly mattered he opted
to attribute the blame on "MANY SIDES."
History repeats itself. Thus in the hope that
Mr. Trump can learn from his betters I now
close with several quotes from the man in
question. Great leaders do and say GREAT
THINGS. And learn from their mistakes... 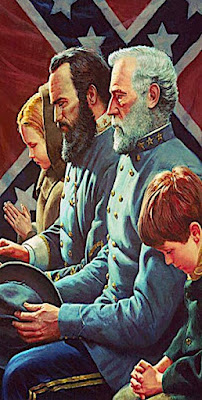 " I have fought against the people
of the North because I believed
they were seeking to wrest from
the South it's dearest rights.
But I have never cherished
toward them bitter or vindictive
feelings, and have never seen a
day when I did not pray for them."
ROBERT E. LEE
Confederate General and Hero

"Madam,
don't bring up your sons
to detest the United States
government. Recollect that
we form one country now.
Abandon all these
local animosities, and
make your sons Americans."
ROBERT E. LEE
Confederate General and Hero 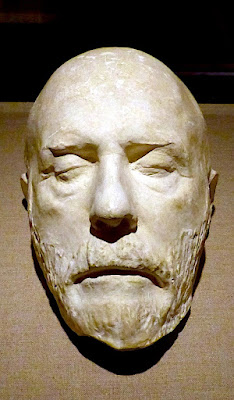 "The education
of a man
is never completed
until he dies."
Robert E. Lee
Confederate General and Hero 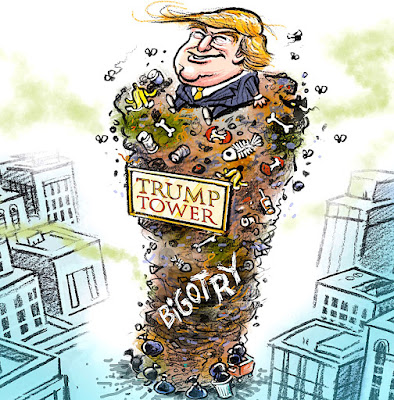 "I cannot consent
to place in the
control of others
one who
cannot control
himself."
Robert E. Lee
Confederate General and Hero