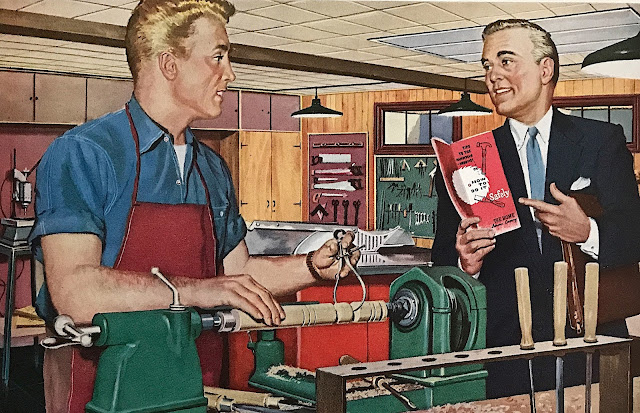 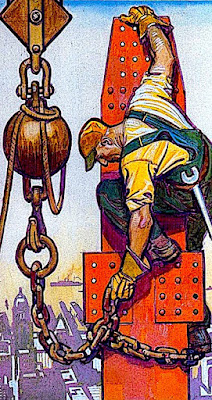 Trade deficit
Yesterday something crossed my computer
screen that I thought was quite compelling.
The Hechinger Report - an esteemed expert
on education issues - reports that America
is in the midst of a crisis. It seems there is a
dramatic lack and thus need for tradespeople.
In other words folks with the skill and talent
to keep this country running forward in the
right direction. Apparently we've a glut of
over qualified college educated candidates
unable or unwilling to turn up their sleeves
and do the dirty work. Suddenly the know
how to make something is a hot commodity. 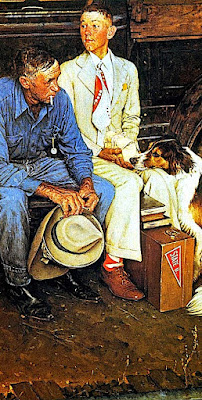 Lost in the translation
Most of our generation's parents had but one
goal. Which was that their kids get a college
education. During the ensuing decades, most
high schools became focused on insuring that
the majority of their graduates went on to do
just that. Hence anyone who preferred to work
with their hands was subtly labeled a failure.
Many vocational institutions whose job was
training folks in the technical skills necessary
to keep society functioning struggled to keep
up enrollment. All as our government funded
more aspirational forms of eduction. Soon we
forgot just how important hands on training is. 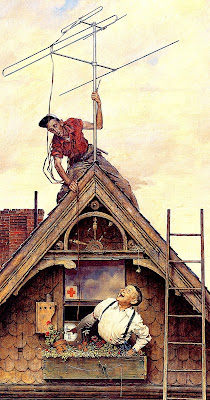 Out of order
Now we're suddenly confronted with the fact
that somebody has to keep things running.
Thus those who have the skills to do just that
are back in high demand. And having lived
through a major home renovation - I know
how just important tradespeople are. Without
our contractor, carpenter, electrician, plumber,
heating, and security experts - our "new" home
would still be a dysfunctional hovel. The same
applies to the factories and plants who build
all of the equipment that makes our lives easier.
What would happen if they stopped producing?
Truth is we need them more than they need us. 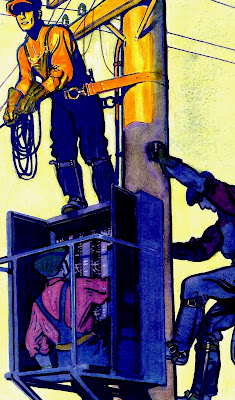 Back to basics
California is now investing millions back
into it's vocational schools. Driven by a
dramatic drop in enrollment since the turn
of the millennium. Mostly due to the fact
that few knew of nor understood just what
these programs provided. Now that we've
seen the light we realize that in order to flip
the switch - somebody has to design and
manufacture it - another then must wire
and install it - after which others have to
provide and maintain a conduit to transfer
energy from a far away plant to power it.
Otherwise we'll find ourselves in the dark.

Power line
Not all of us are college material. Nor are most
of us mechanically inclined. Frankly, I need the
services of those able to fix things much more
than I care to admit. Hence I have a deep and
abiding respect for anybody who is able to work
with their hands. Folks such as they have always
fueled the engine of growth that makes America
great. Without them we would be unable to get
anywhere or do almost everything. Thus it only
makes sense that our national, state, and local
governments should be doing their job. Which
is to guarantee that a steady stream of new talent
is constantly entering our vocational pipeline. 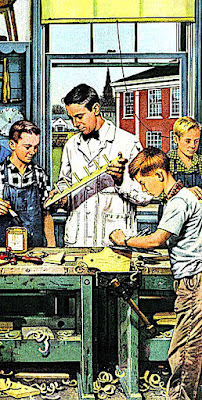 Beginner's guide
Lewistown is considered a manufacturing hub
here in central Montana. Several companies
produce a variety of innovative technology,
equipment, and related materials. For years the
leaders of these companies have struggled to
find trained workers talented enough to get the
job done. So much so that they reached out to
our local schools to support their vocational
education and training programs. Together
they're providing the next generation of young
Montanans with rewarding alternatives to just
sitting behind a desk. Insuring that Montana
keeps things keep moving in the right direction. 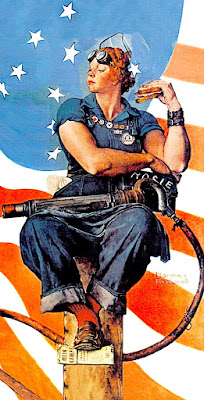 Made in America
Isn't it time we treated those who make things
with the respect they deserve? Without them
we'd be lost. Some of the smartest people I've
ever encountered were tradespeople. Capable
of figuring out problems and solutions that at
least to a novice like me were baffling. My
daughter-in-law plays a key role in keeping
her factory humming. Few are as passionate
as she is about doing the best job in the best
way possible. More important - she LOVES
what she does. And isn't that ultimately what
every parent wants? For their children to be
happy doing what comes NATURALLY?
Posted by montanaroue at 4:00 AM