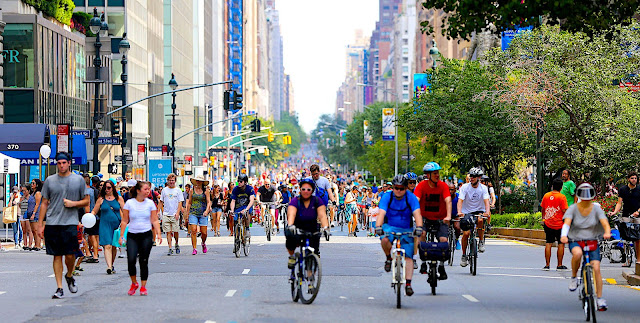 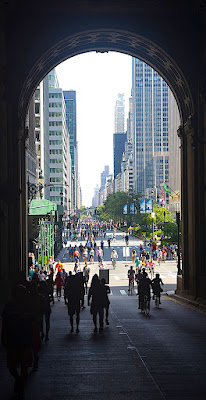 Summer streets
Saturday I took a stroll down Park Avenue -
literally. Thousand of New Yorkers plus
visitors took advantage of "Summer Streets."
Said boulevard was closed to vehicular traffic
for seven miles from from the upper eastside
down to the financial district. Normally one
wouldn't dare tread said path thus it was fun
see our city from a different vantage point.
Yet given recent events worldwide - I kept
an eye out for a speeding vehicle or terrorist.
And prayed for the victims of the horror on
the streets of Charlottesville and Barcelona.
Will we ever be able to feel safe again?! 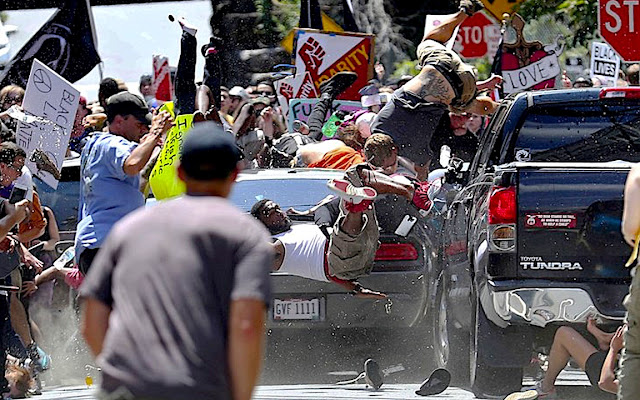 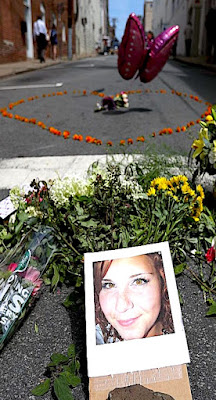 Hit and run
Just a week ago Saturday a speeding vehicle
crashed into a group of counter protesters
marching against a White Supremacist -
Neo Nazi rally being held in a downtown
Charlottesville park. By the end of the day
three were dead, thirty five injured, and
America's sense of security was horribly
shaken. Leaving us to wonder how such an
undercurrent of hate, bigotry, and derision
could rear it's ugly head in our midst. All
we needed was for our President to refocus
and reassure us in the right direction. Rather
than down the wrong path to a dead end. 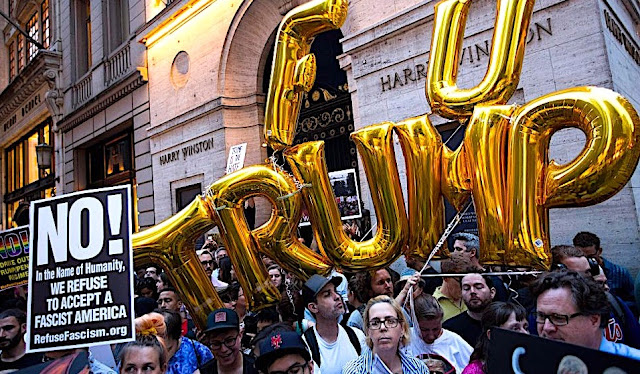 Bigot go home
Sadly, that's exactly happened. Over the next
days President Trump spewed out a series of
statements. On Saturday - his first denounced
hatred and bigotry while placing blame on
"many sides" - not naming those responsible.
By Monday he returned to the podium post
outrage over said response to name names.
Yet on Tuesday he defended the "good people"
he'd previously denounced. Leaving many to
be shocked and angered over such his blatant
support of racism. No wonder that during his
return to Manhattan thousands came over to
Fifth Avenue to demonstrate their disfavor. 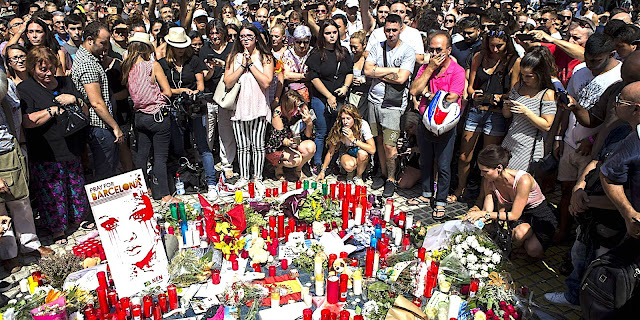 United we stand
On Friday another vehicle drove into a crowd
on Barcelona's Las Rambla - a promenade of
restaurants and shops. Filled with tourists and
residents enjoying a late summer afternoon -
within minutes it became a site of death and
carnage. This terrorist act to date has a death
toll of fourteen with countless others injured
and many still missing. Proof that nobody is
safe from those who choose to inflict anger
and hatred on others. A day later their King
and leaders stood together on the same street
to protest terrorism. Will Americans step up
to insure our enemies never rule our roads? 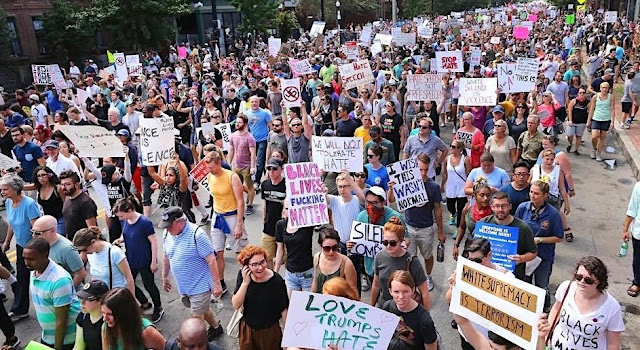 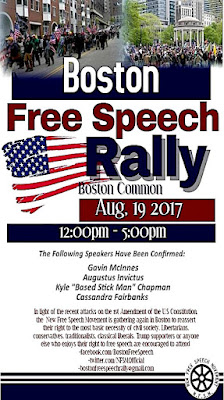 Safety in numbers
In times like these one could lose their faith
in mankind. Yet we're also reminded of the
power of good versus evil. Upon my return
from my walk down Park Avenue I turned
on the TV. There were THOUSANDS of
anti-racist protestors marching in Boston.
Their destination Boston's historic commons
where a "free speech" rally was being held
by the same types who had wreaked havoc
in Charlottesville. Soon it was obvious they
were outnumbered. And once again, we the
people proved that America is the land of
THE FREE AND THE BRAVE!
Posted by montanaroue at 4:00 AM