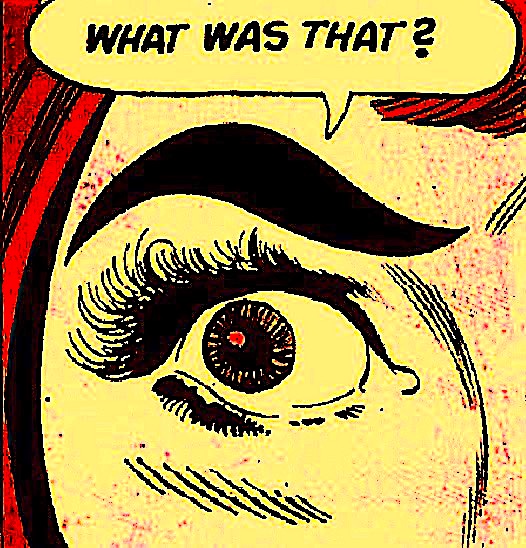 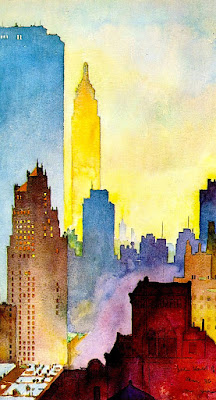 Sights unseen
By our very nature Manhattanites are a
provincial lot. New York City is made
up of five boroughs covering over 300
square miles. Yet we consider our 22.8
square mile isle the Big Apple. Before
Brooklyn was hip one only went there
to be buried at Green-wood. Beyond a
trip to the zoo, Yankee Stadium, and the
botanic gardens few considered giving
up a Bronx cheer. Only a Worlds Fair or
Forest Hills match got us to Queens. We
assumed it was all here NOT there. And
who knew what we were MISSING?! 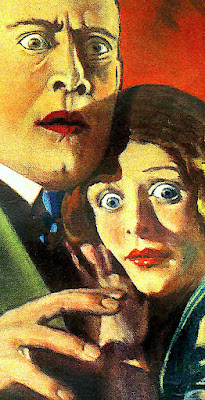 Missing in action
The fact is we couldn't have been more wrong.
Over a year ago "C" moved to Astoria. Her
upper east side and Fairfield county friends
were aghast. Always a rebel, they assumed she
was going through yet another stage and would
soon return to the fold. About five months ago
I ventured out to meet her in said hither lands.
Bravely going where few Manhattanites had
ever gone before. After a short (just four stops)
subway jaunt I arrived in a vibrant and verdant
oasis. One that if anything reminded me more
of Europe than New York. Then I dined and
fell in love. Where had I been all these years? 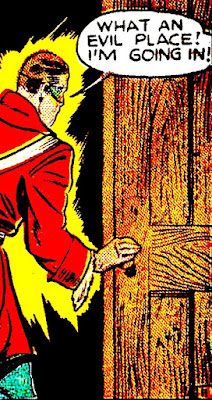 Over the edge
It's been said the grass is greener on the other
side. Well, once one crosses the East River the
cuisine is beyond delicious. Initially I was a
skeptic. However once I dived in I discovered
a foodie's paradise. And while not chic in the
traditional sort of way - both Astoria and Long
Island City offer hip in a low key yet confident
manner. Not only is the food divine, the prices
are a third less. And well worth the short... and
I repeat short subway or Uber (non-rush hour)
ride. The fact is I'm in love with Queens. Also
grateful that "C" showed me the way. So why
not venture out of your comfort zone with us?

How sweet it is...
I've never been a Creole or Cajun fan. Nor have
I fervently embraced the tried and true elements
of traditional southern cooking. However after
my first brunch at Sugar Freak - I was hooked
for life. Maybe it was that Crab Cake Benedict
cooked to perfection. Or possibly Praline Bacon.
However the Chicken and Waffles put me over
the edge and the Beignets which are out of this
borough! Next I plan to tackle the dinner menu!
Sugar Freak
37-11 30th Avenue
Long Island City
718-726-5850

Hidden assets
Just one - I repeat only one subway stop from
my house - LIC Market is a tasty hideaway in
the garden level of an old brownstone. While
spatially challenged the team dishes out some
of the yummiest food I've had since returning
to New York City. I've only been for brunch
but I've no doubt that any repast from it's tiny
kitchen will be amazing. I'm a changed man
post eating their pancakes. PERFECTION!
LIC Market
21-52 44th Drive
Long Island City
718-361-0013

Surprise party
I rarely concur with Lady Gaga but The Pomeroy
is as fabulous as the lady herself. Upon entering
I'll admit I was a bit disappointed. I worried that
the menu might be a tad mundane. Then we put
in our order. What soon arrived at our table was
beyond surprising. My Roasted Octopus divine!
Frank's Watermelon Salad heaped with shrimp
perfection. But... "C's" Fried Chicken trumped
us all. IT WAS BEYOND SPECTACULAR!
The Pomeroy
36-12 Ditmars Boulevard
Long Island City
718-721-1579 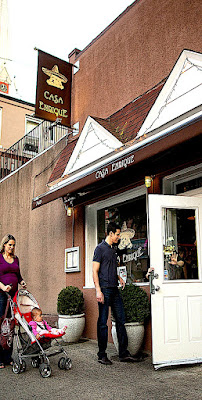 Super star
Apparently I'm not the only epicurean who has
discovered Queens. Michelin recently awarded
one of it's stars to Casa Enrique. This tiny spot
serves up elegant Mexican cuisine within it's
rather spartan setting. While the food may be
unpretentious, bagging a table here is akin to
Le Bernadin or whatever latest Manhattan hot
spot. It may take months to book an 8 pm slot
but it's WELL WORTH THE WAIT!
Casa Enrique
5-48 49th Avenue
Long Island City
347-448-6040
Posted by montanaroue at 4:00 AM