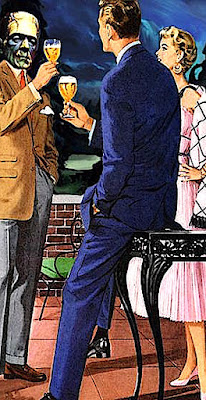 Scare fest
This morning I awoke from a vivid dream.
In my mind I was being feted by some sort
of industry organization. The room filled
with a mix of strangers, friends, and enemies.
All who seemed to be there to honor me. It
was quite a cast of characters and for some
odd reason most were dressed in Cheetah or
Leopard - possibly symbolizing what a jungle
retail truly is. Uncomfortably surprised, I sat
back as perfect strangers lauded my tenure
in the business. All while feeling more than
worried that somebody was going to figure
out that I'm nothing but an aging mark down. 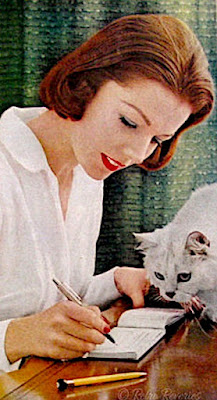 Tab hunter?
Who knows why we dream the things we do?
Some experts attribute what goes on in our
heads while we sleep to Freudian processing.
Yet I can honestly assure you that I have no
desire to sit at a head table while others tell
me how fabulous I am. Mostly because you're
only as good as the day before in retail. And
in order to be honored at such a big bash one
inevitably has to force colleagues and vendors
to cough up enough cash to pay for it. So even
if in theory I deeply crave public recognition -
I've no need to purposefully subject myself
to public scrutiny for a few minutes of glory. 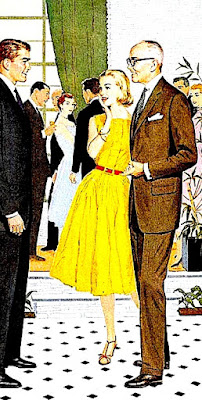 Chance encounter
However I can't help but wonder what's going
on in my head. One key moment I remember
from last night's vision was the arrival of one
of my former superiors. A few months ago at
a similar industry "gala" he literally snubbed
me. Obviously still angry over my resignation
seven years prior. His wife however was more
than gracious and purposefully walked across
the room to greet me. Why were they in my
dream? And why was he so complimentary in
said fantasy encounter? Do I secretly crave his
respect and recognition? Or subconsciously do
I wish he would finally act like a professional? 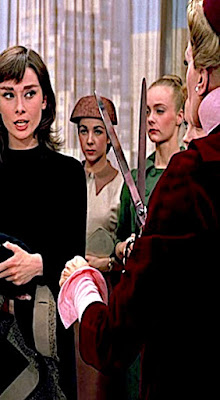 Fish out of water
As fate would have it, today's Women's Wear
Daily touted a fete held in honor of a fashion
designer. Listed among the illuminati was my
former boss. Which made me to break into a
rather raucous laugh. Talk about being out of
one's league! The very idea of said sad sack
mingling with industry big wigs as he guzzles
Chablis is tragic at best. Which reminds me
of something my Dad shared as I started my
career. "The corporate world is like a toilet
bowl" he advised. "What floats to the top?"
After a pause Howard smiled and said...
"A few random pieces of light weight crap." 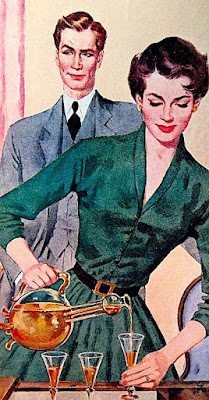 Odd man out
Obviously there are exceptions to my dearly
departed Dad's theory. However tried and
true leaders are few and far between. Case
in point, my former boss - now party boy.
Gossip has it that he now sits in a hot seat.
Doing whatever it takes to survive within
a tenuous business climate. At one point he
knew how to brave such turbulence. That
was by surrounding himself with folks who
knew him well and were loyal to him. Sadly
somewhere along the way he returned our
favor by rejecting the old for the new. Only
to leave him bereft of unconditional support.

Mind over matter
As today went on I couldn't help but think about
said man of my dreams. True leaders only want
to hear the truth. Thus they surround themselves
with experts who know much more than they do.
Within that context they encourage debates that
encourage excellence. All to craft a successful
strategy that balances the strength and weakness
of each involved. Such a winning combination
requires a leader who is humble enough to allow
others to do what they do best. One who knows
that their job is help others exceed their own
expectations. All while embracing the fact that
it's NOT about them. Rather it's all about "US." 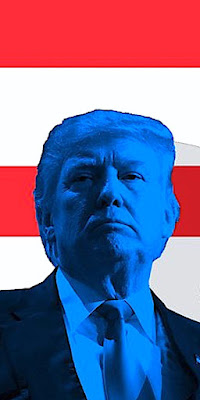 Leader of the pack
Sadly there is a lack of such leaders in America
at large. Our President seems to be a nightmare
come true. He's incapable of empowering those
who work for him to do their best. Now that he
holds the highest office one would hope that he
would stop trying to compete. However frequent
tweets and bleeps indicate that he continues to
feel the need to prove that he's the right's man
for the job. At some point President Trump has
to wake up and face the truth. The question is
whether he's able to confront reality and find a
way to make America great again. After all,
isn't that the kind of stuff dreams are made of?!
Posted by montanaroue at 4:00 AM