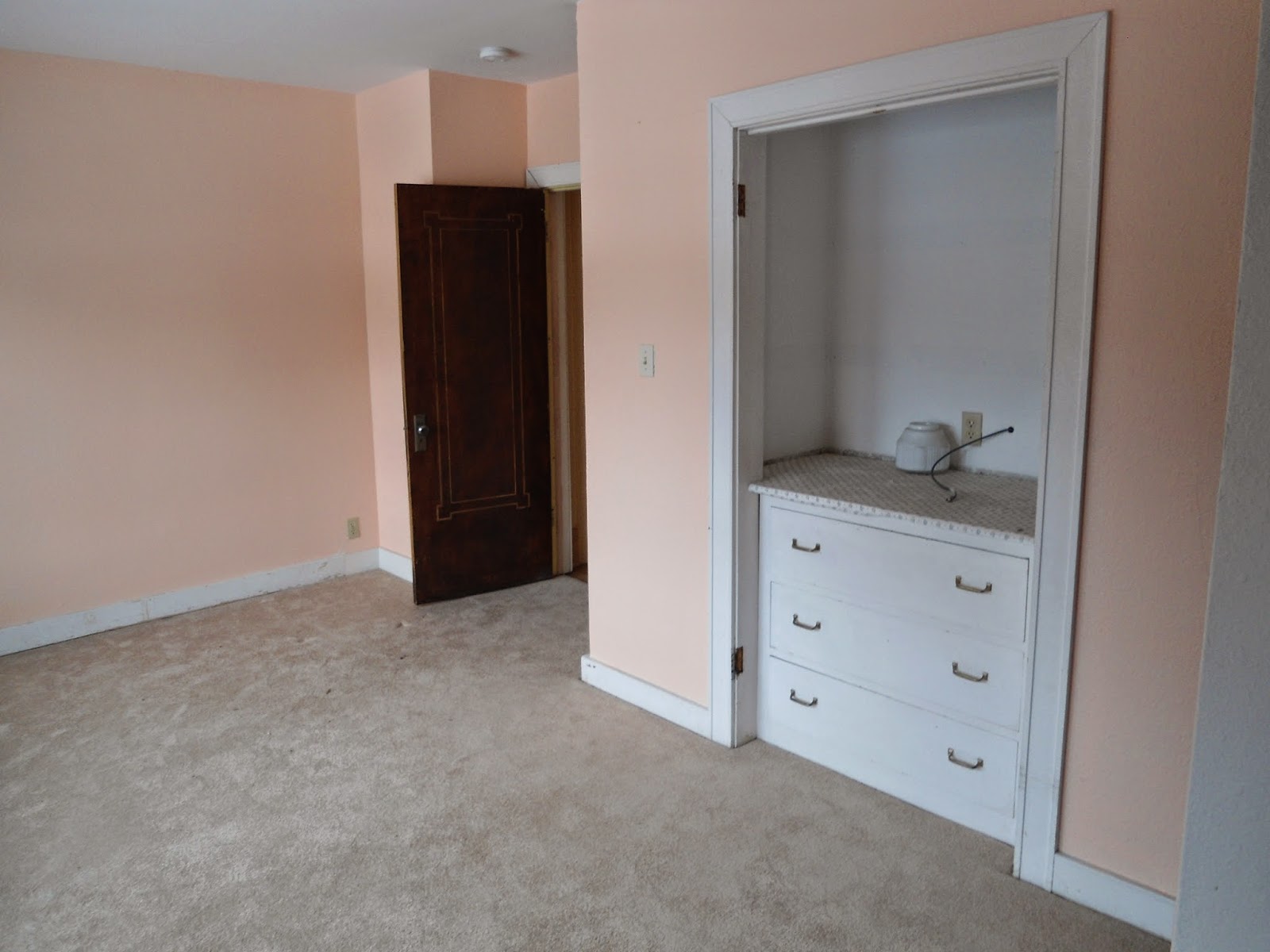 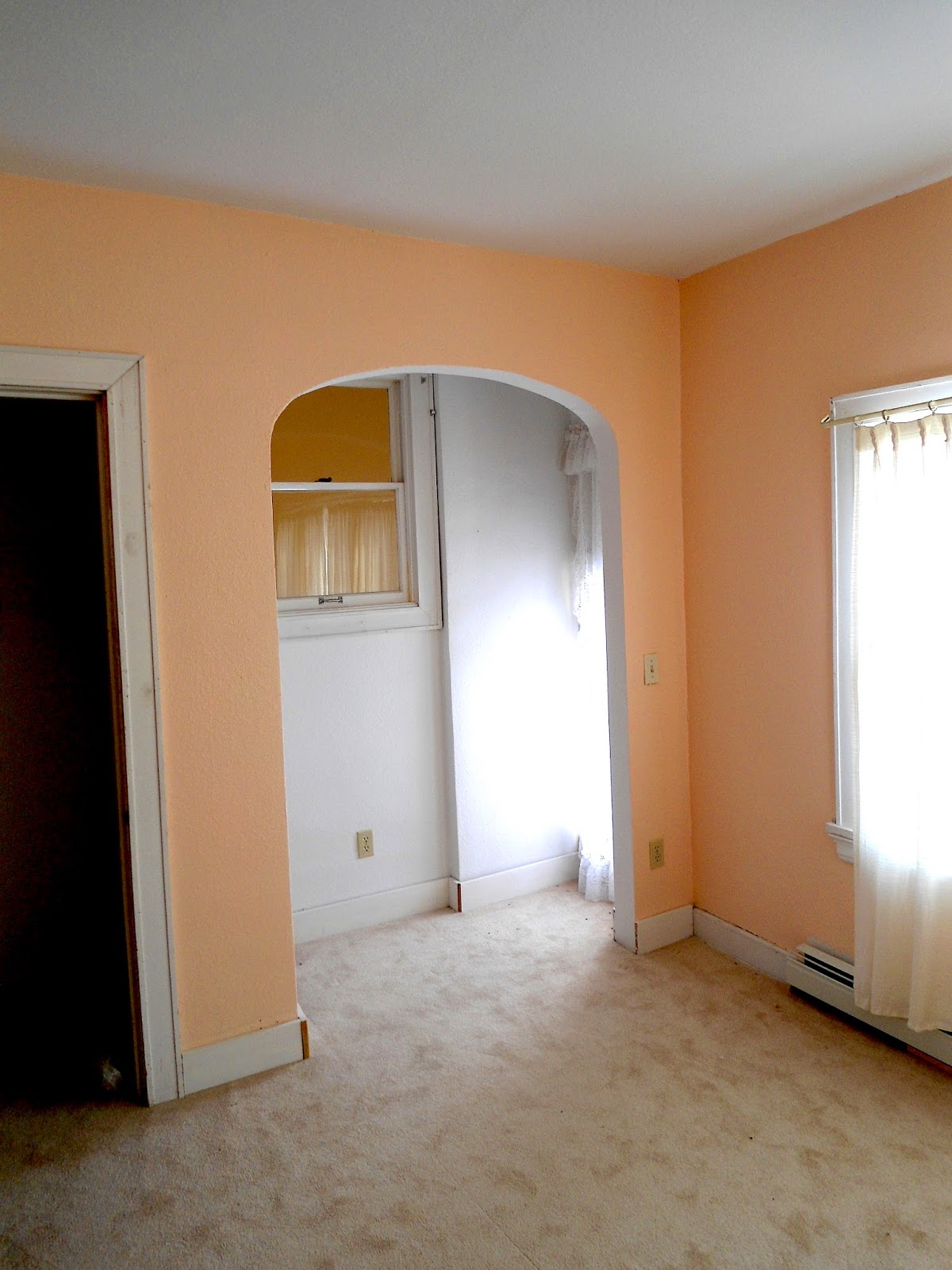 Last but not least
It's funny but the room that was
transformed more than any other
is now my office. On the original
blue prints this was a "sleeping
porch" plus a servant's staircase.
By the time we purchased the
Passion Pit - it had been a studio
apartment with kitchenette for
over seventy years. This past
Monday our wonder contractor
Mike Wichman completed the
installation of new bookshelves.
Suddenly... it's a beautiful library. 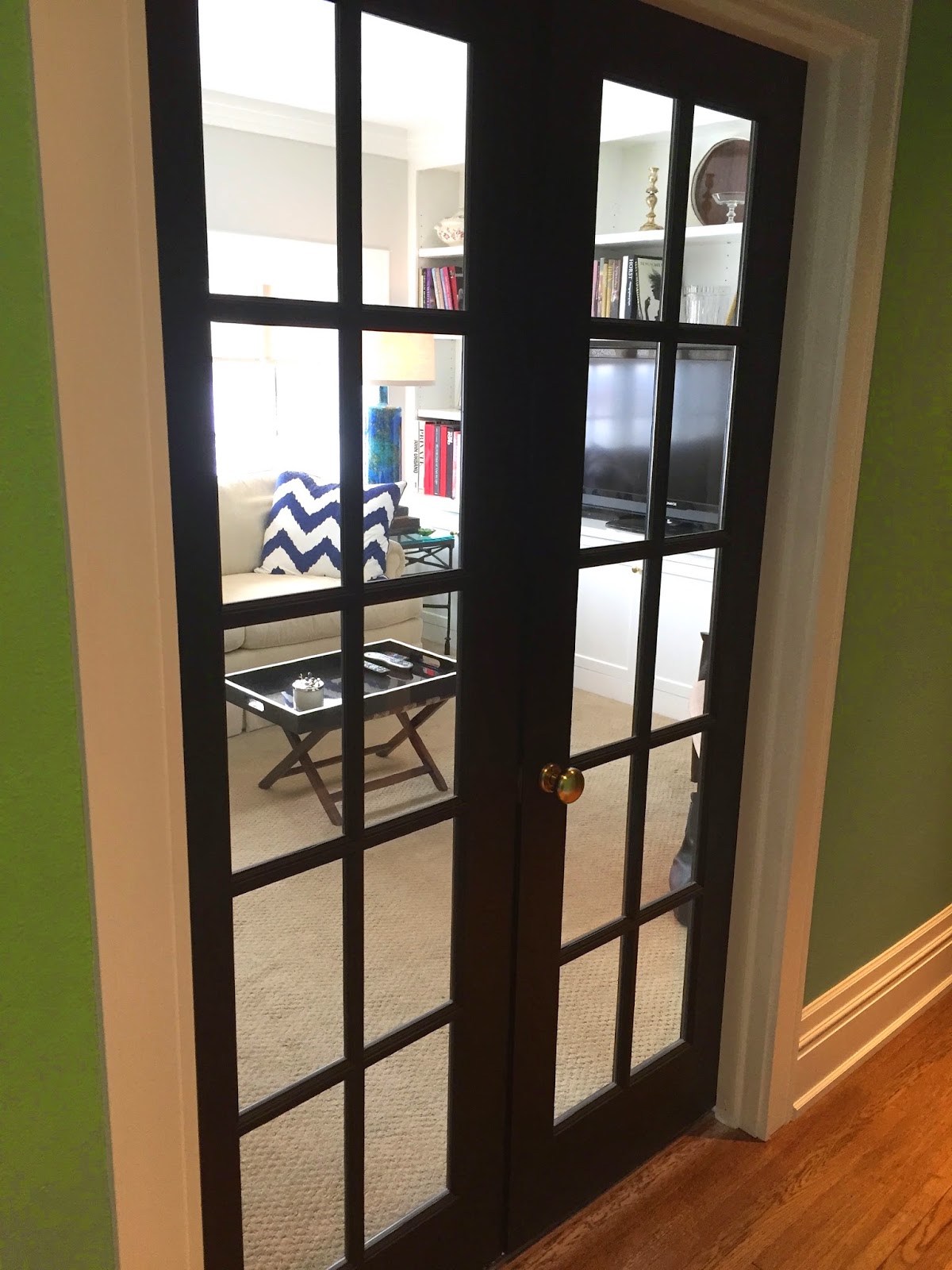 Book 'em Danno
Before I begin - let me caution
all that the following photos
were taken by me (who barely
passed photography at Pratt).
The professional shots of our
new home are not retouched
and so you must bear with this
amateur. This new entrance to
my office/library differs from
the original floor plan. Hence
neither the location nor doors
are original. However we did
find said doors in the basement. 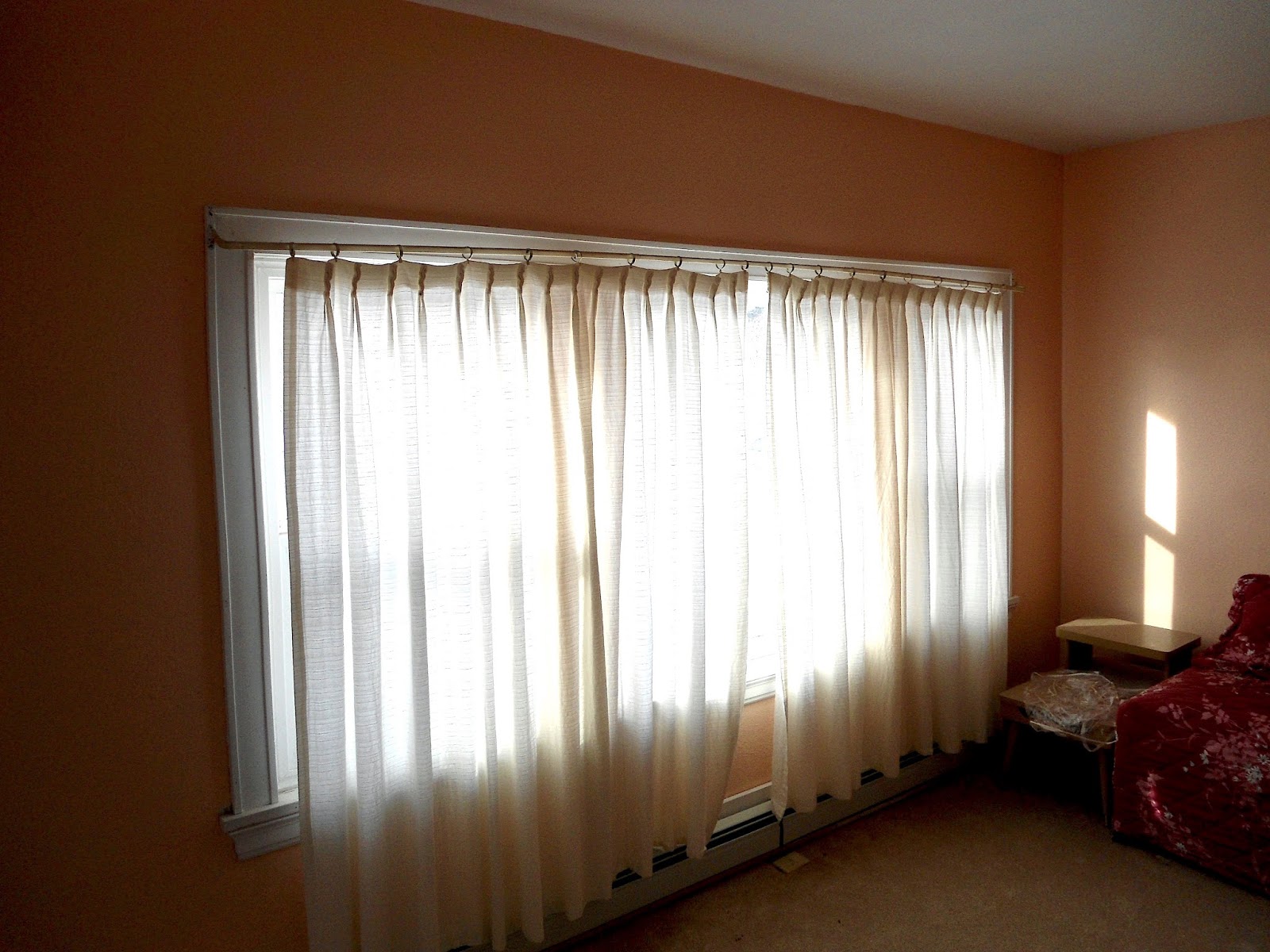 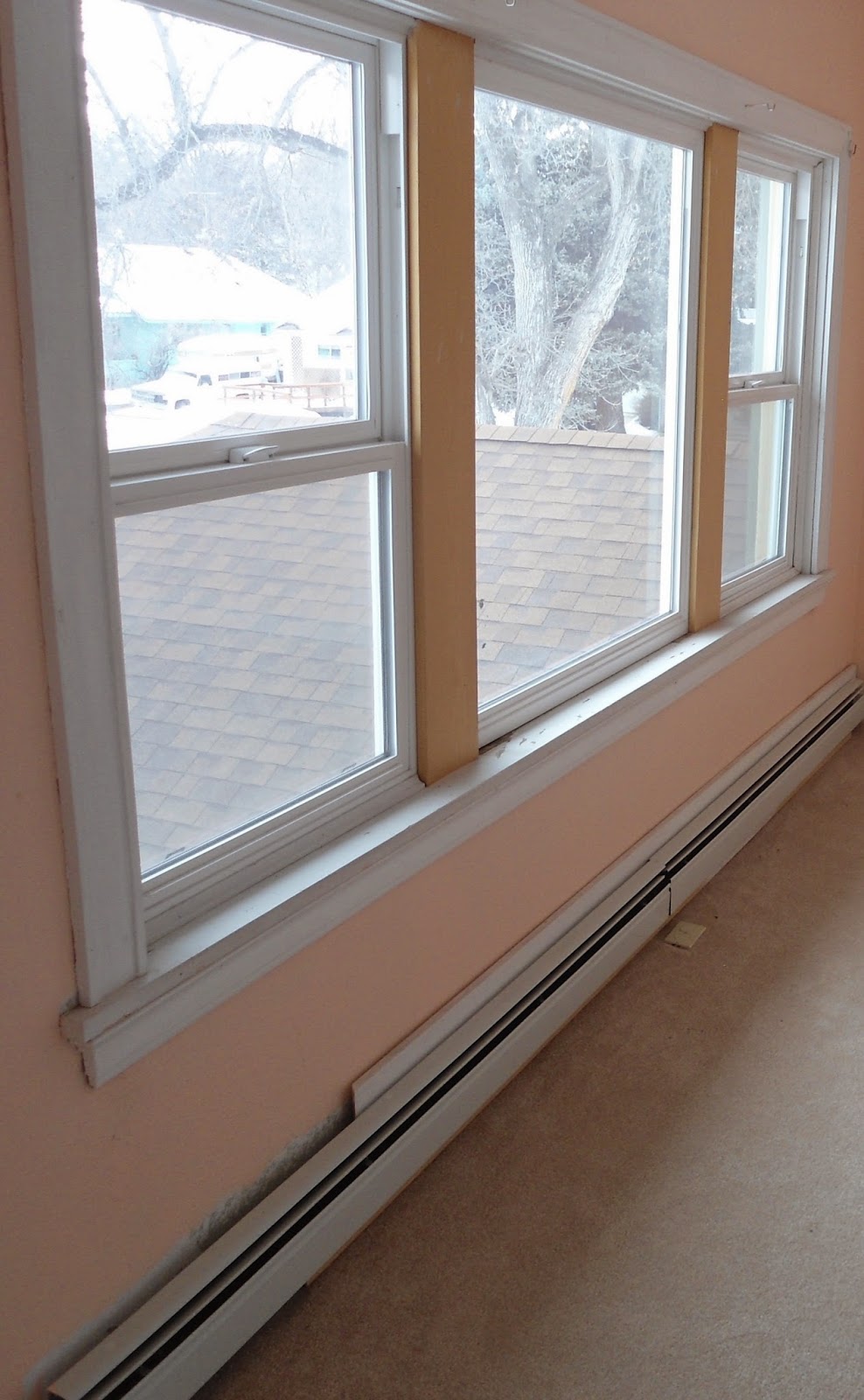 Before (above, left)
The original french windows were
long gone. Sadly replaced by an ill
fitting "picture" window. Honestly
this was the least of the challenges
in what have originally been the
"sleeping porch." 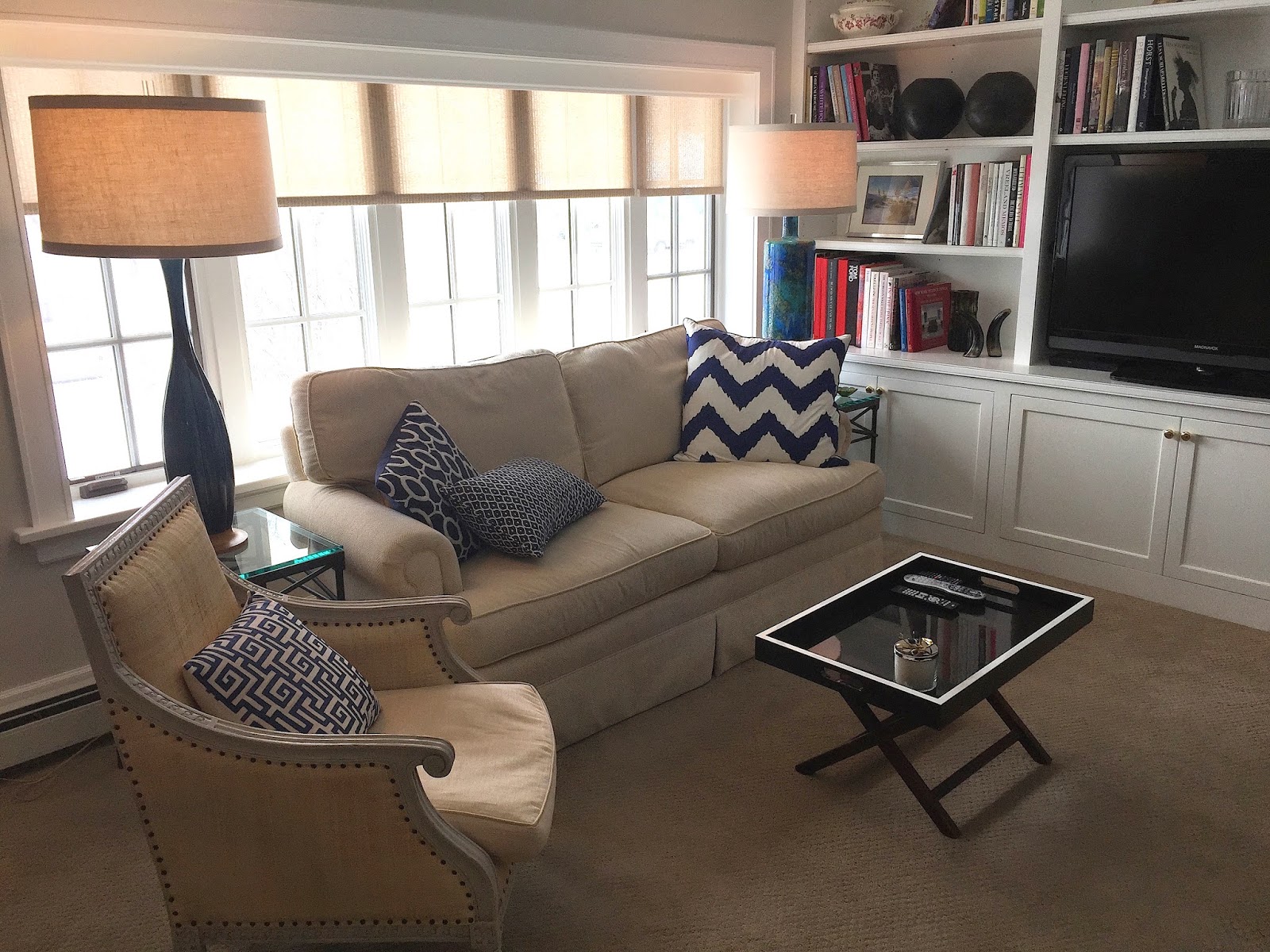 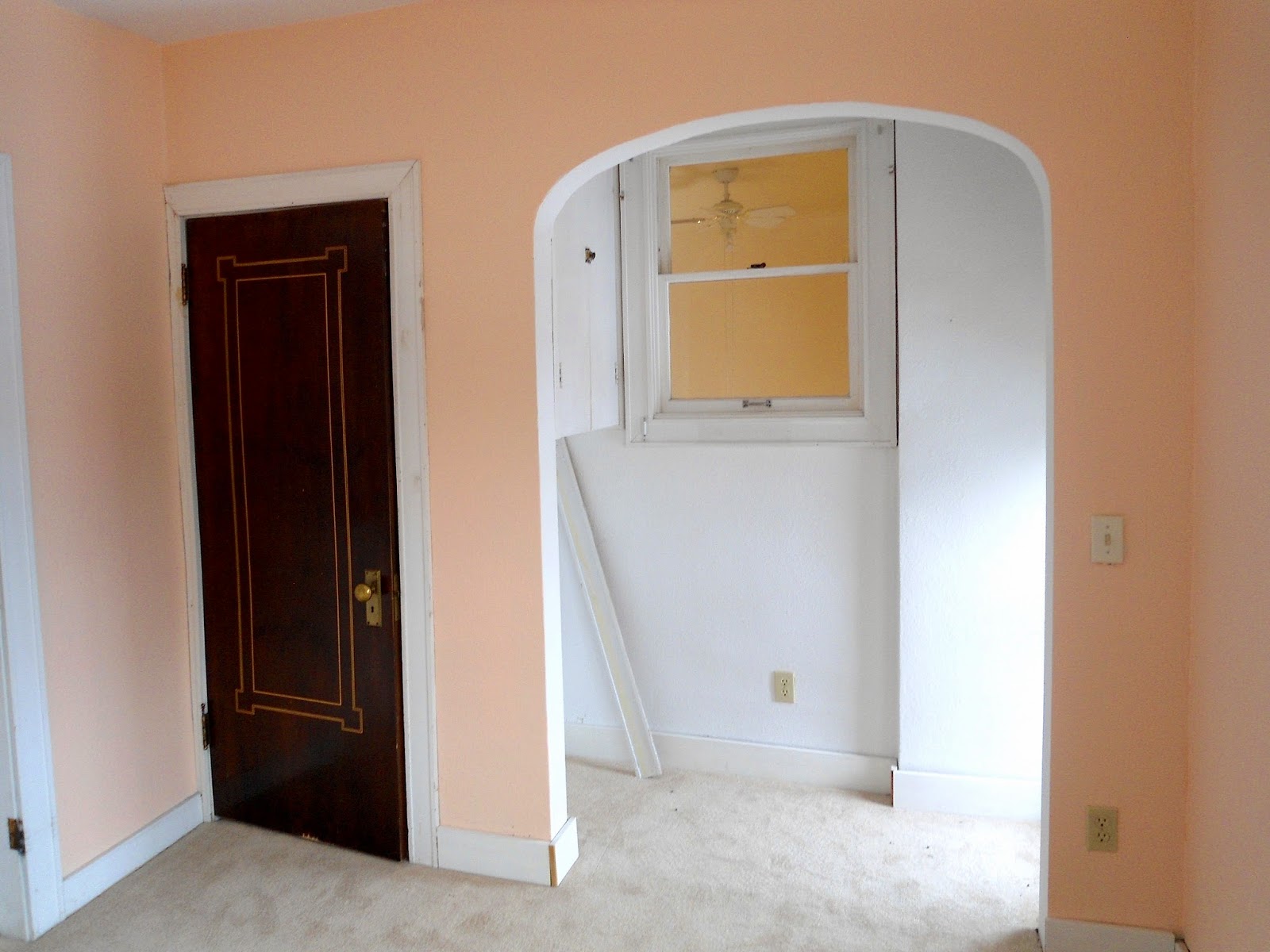 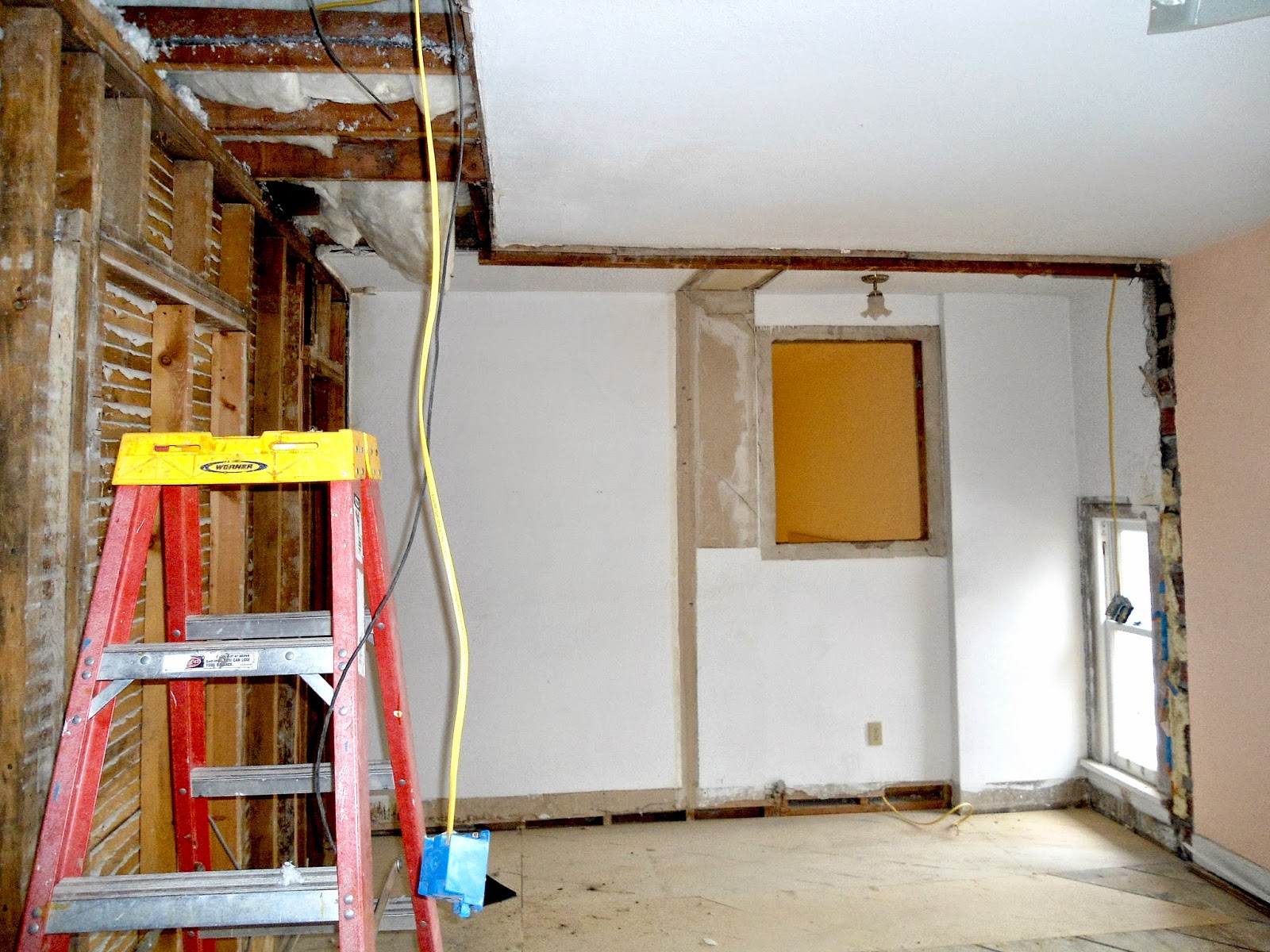 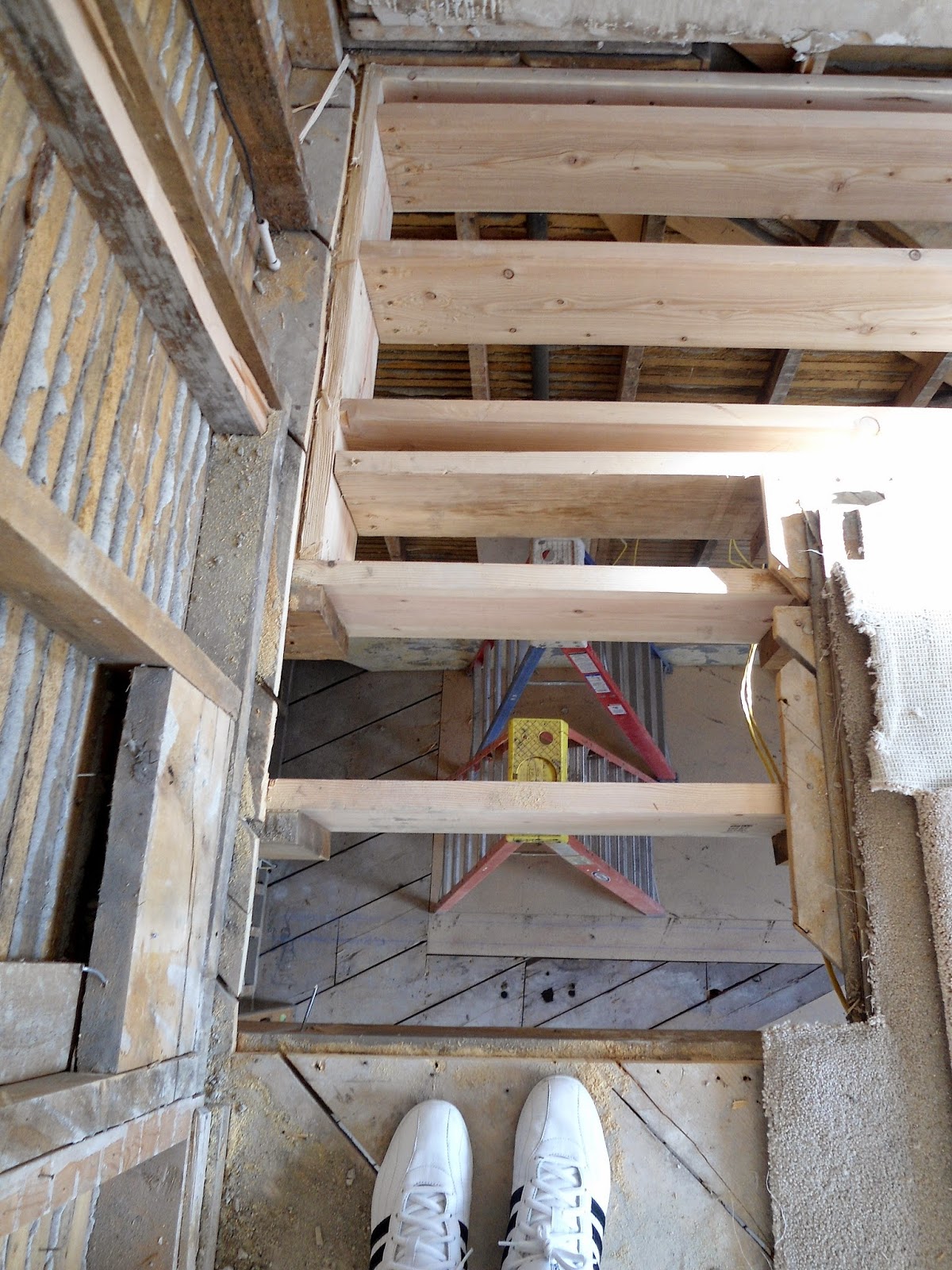 Before (two above, left)
A servant's staircase at one time
sat in this area. Removed in 1937
and replaced by a kitchenette with
window (open to the stair hall).
To the right the floor level window
originally opened into the servant's
stairway. Behind the door lay a
closet and chimney moved for the
new Powder Room below.

After (below)
Now you know what it took to get
some new shelves and a desk. 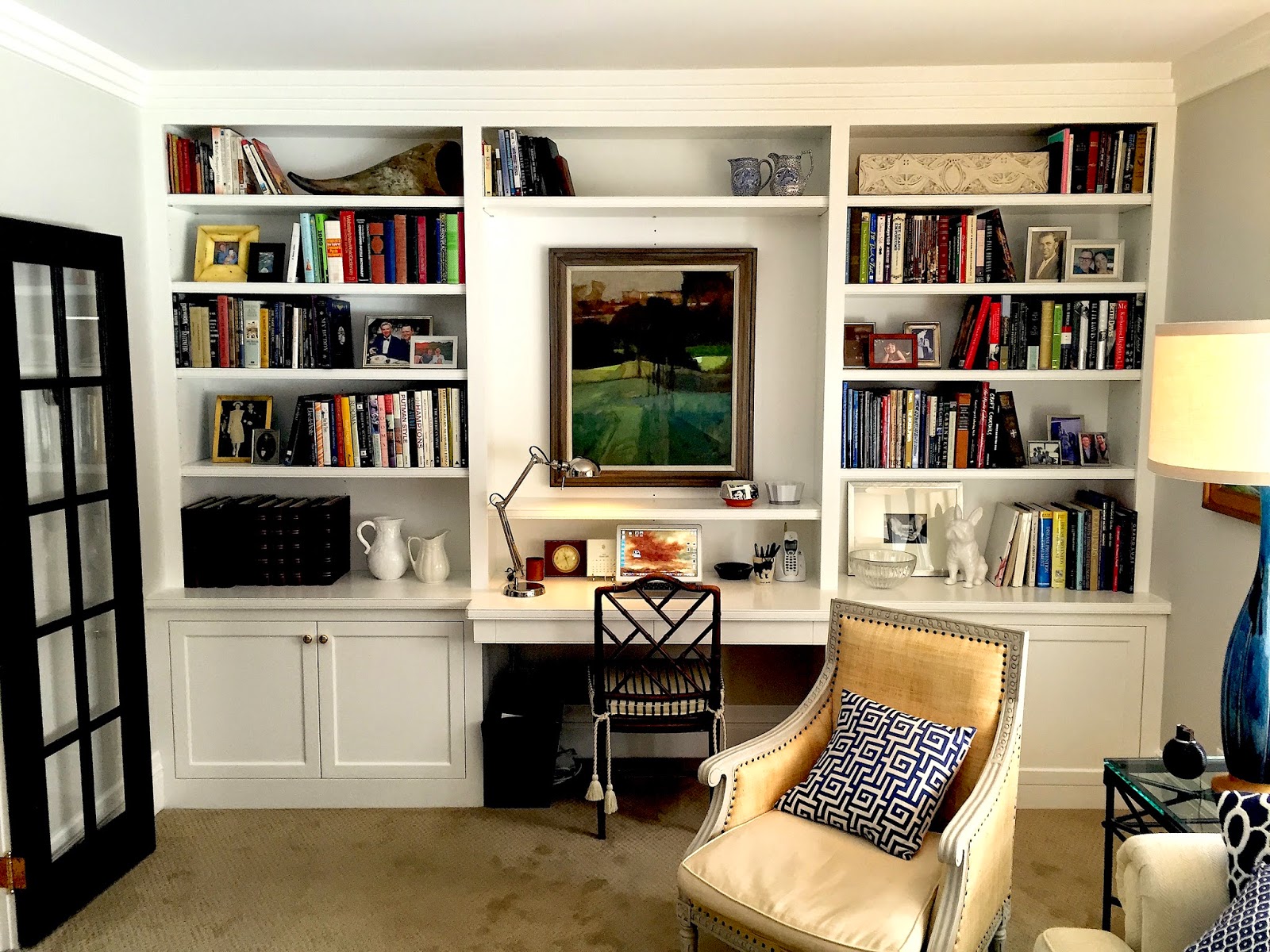 Before (left)
On the opposite wall we removed
a laundry shoot and furnace flue
later installed within it. Plus sealed
up the original entrance door.


After (below)
Now in it's place is another wall
of beautiful custom shelves. Plus
the mega flat screen television
that Frank absolutely LOATHES. 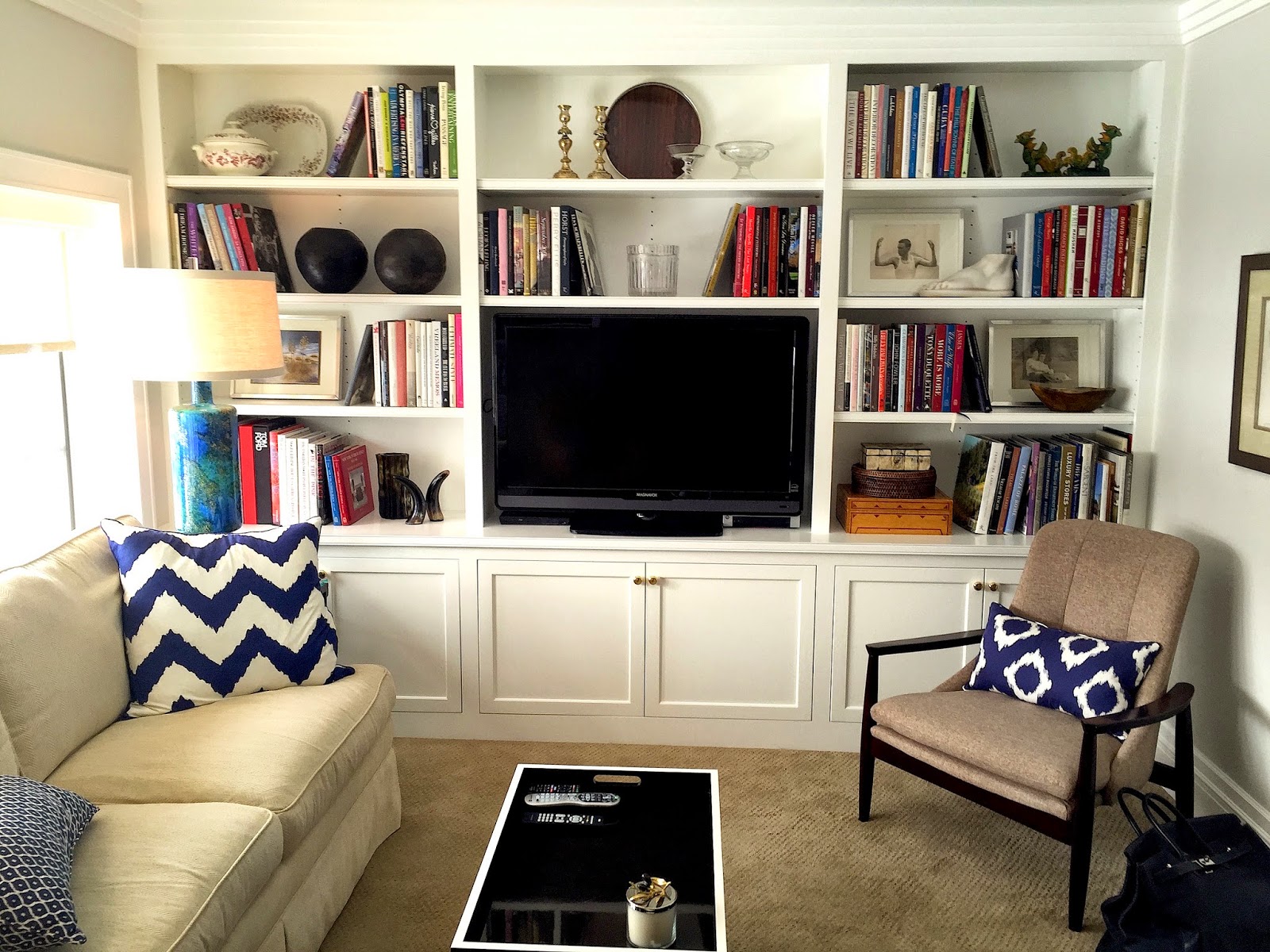 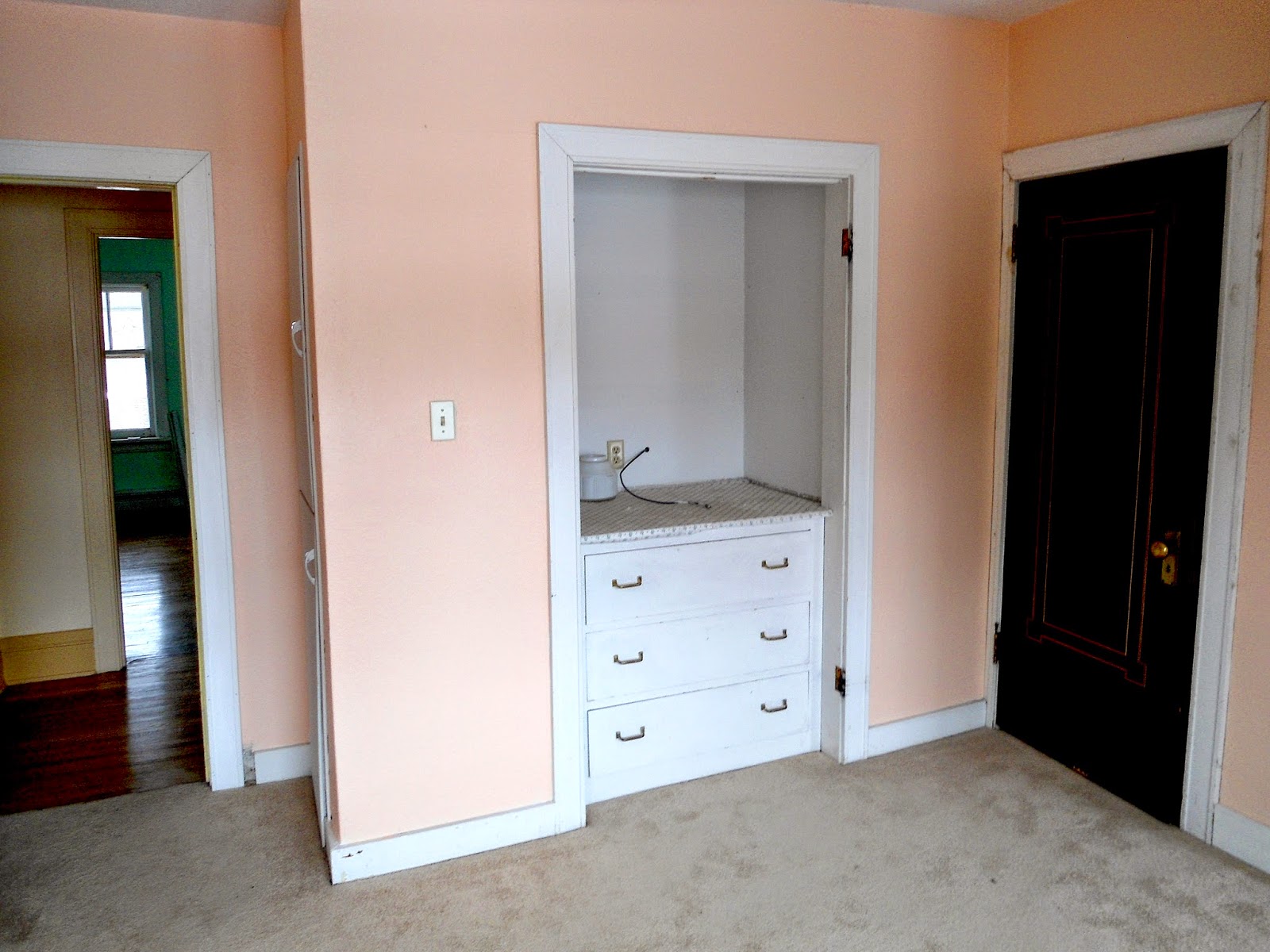 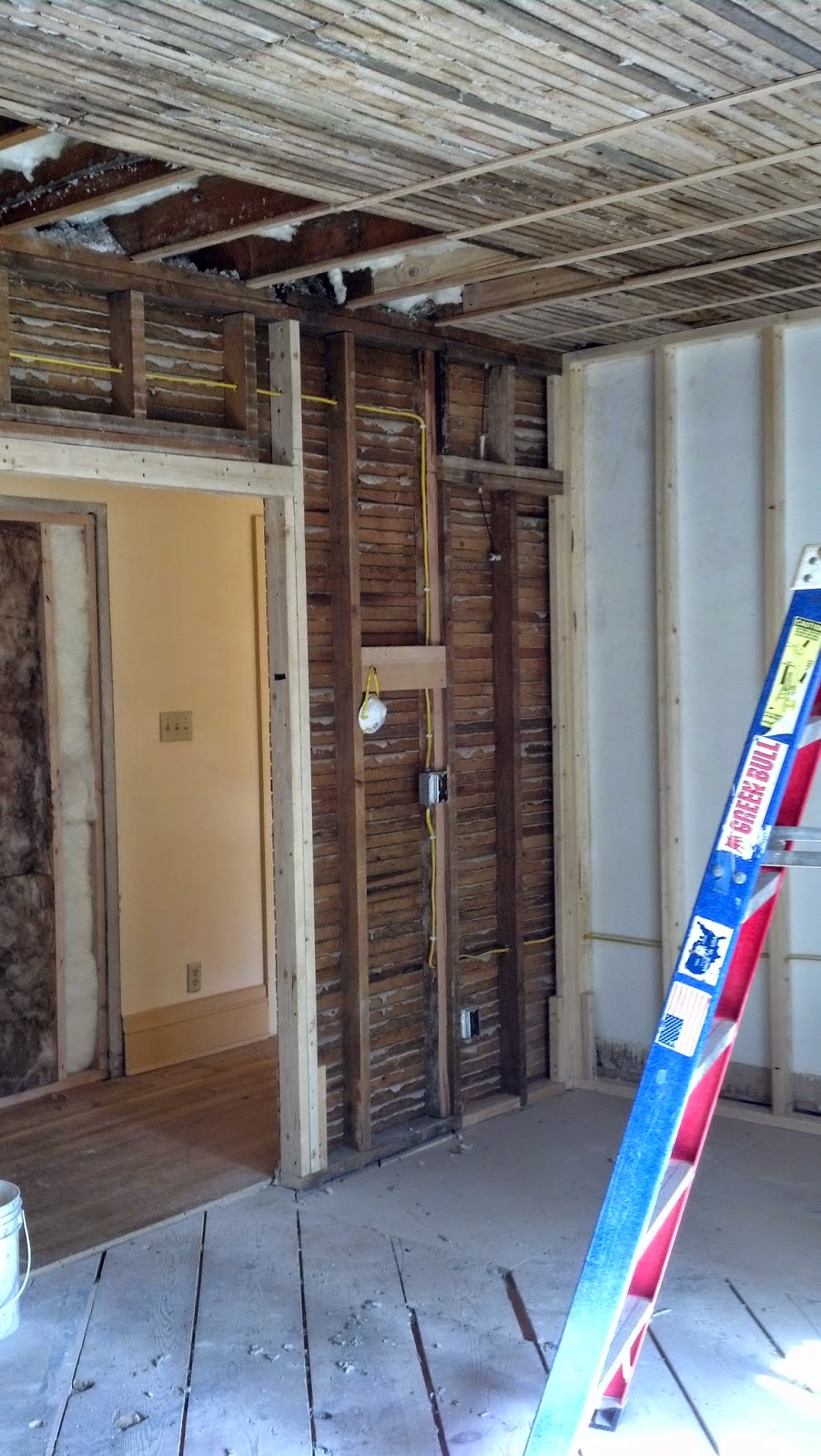 Before (above, left)
Along with moving the door the team
removed a large closet with built in
dresser. This room was a "gut" down
to the studs. Also note across the hall
a door to the bathroom now gone.

After (below)
The new old door now sheds light into
the second floor hallway. The result is
a much larger "office" that is a beyond
a pleasure to work in. Now that the
interior of our home is finished - on to
the great outdoors once spring arrives! 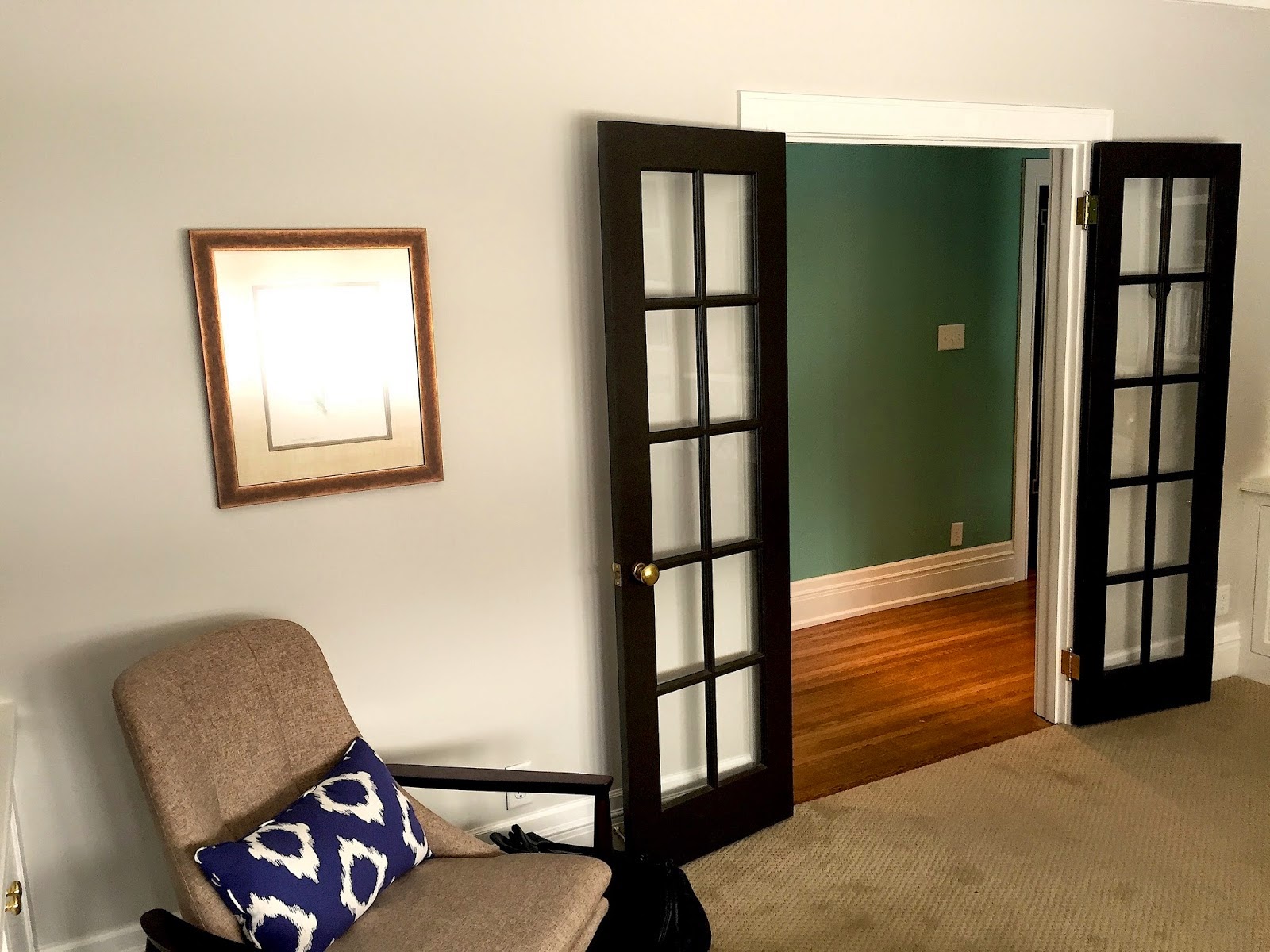