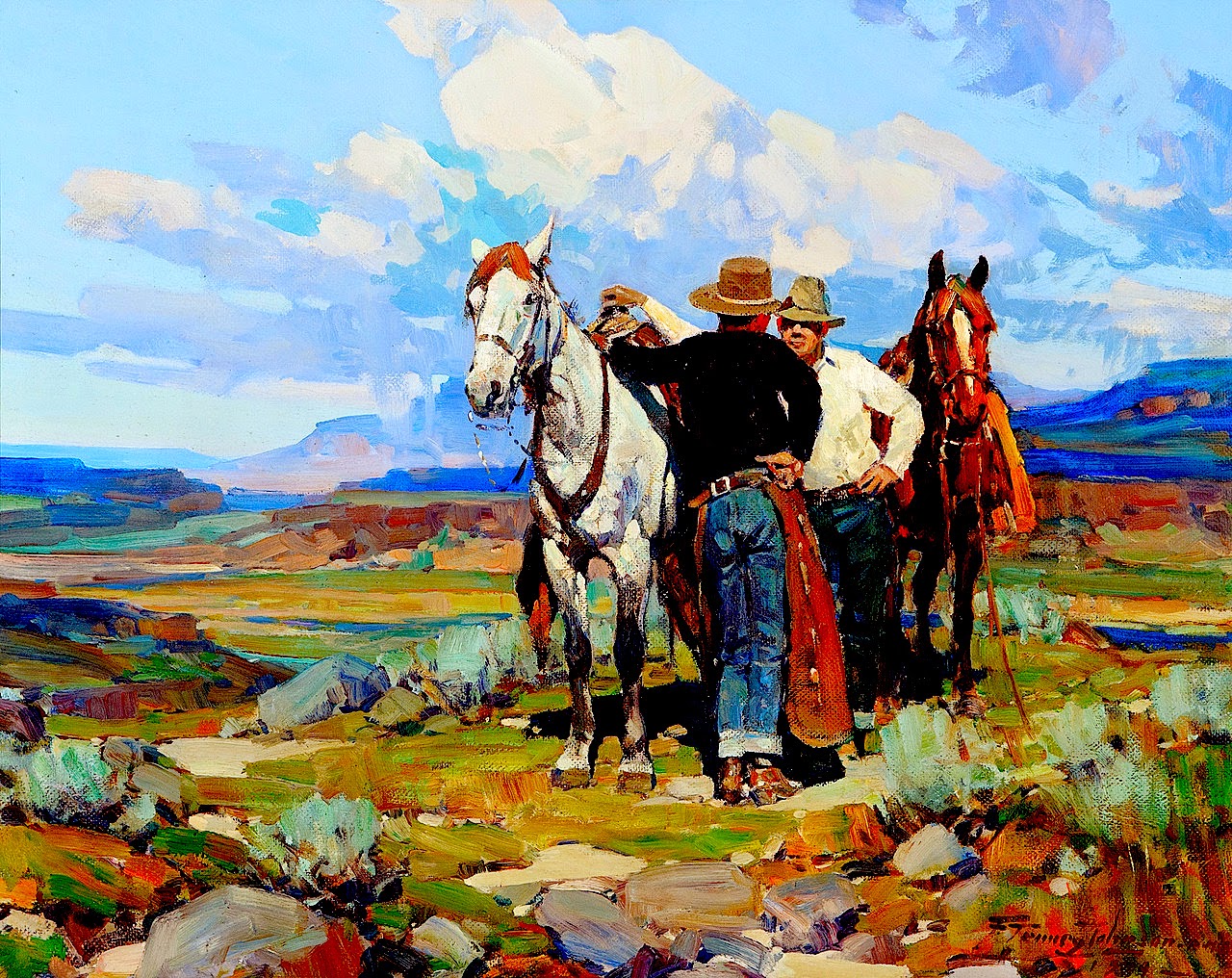 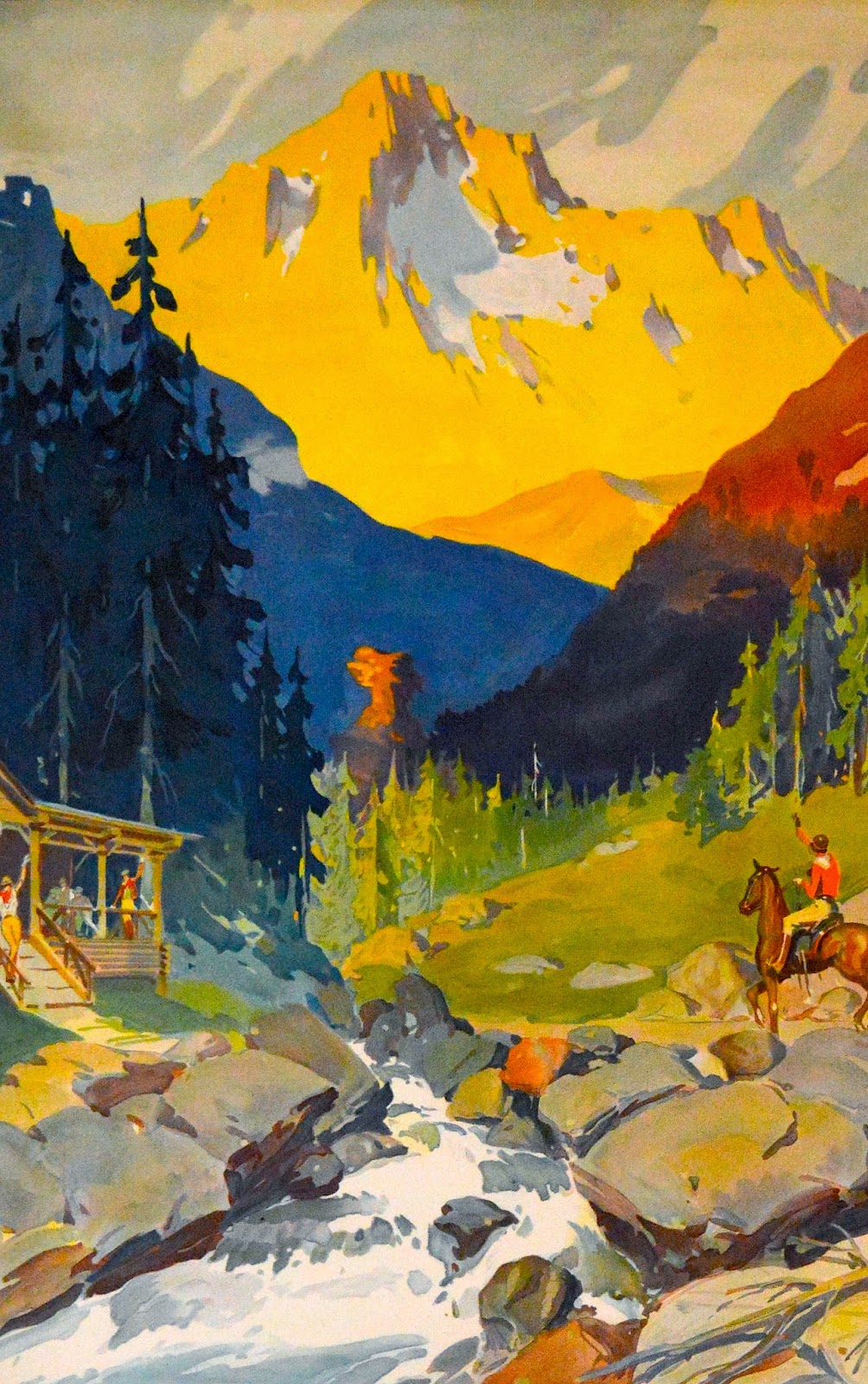 Home, home on the range
In Montana we have wide open spaces,
magnificent big skies, bountiful wild
fish and game, and hardly any people.
Overall just about one million humans
live in our state. Finland is almost equal
in space to Montana's mass and clocks
in at about five million. Germany spans
slightly less acres than Montana and
yet over eighty million make it home.
Within our fair state Billings is by far
the biggest burg at slightly under one
hundred and ten thousand. Next comes
Missoula at sixty nine thousand. Cure for what ails you
Hence it can get rather lonely in these
here parts. Given about five thousand
souls live in Lewistown, most locals
consider Billings the big time. A two
hour drive away, it's got many of the
requisite big box retailers. Therefore in
theory, it's our mecca. More important
it's the major medical center for most
of the state. Lewistown is blessed to
have a great hospital. However when
something goes really wrong, chances
are you'll be flown out via helicopter to
Billings get it fixed. Whatever it takes! 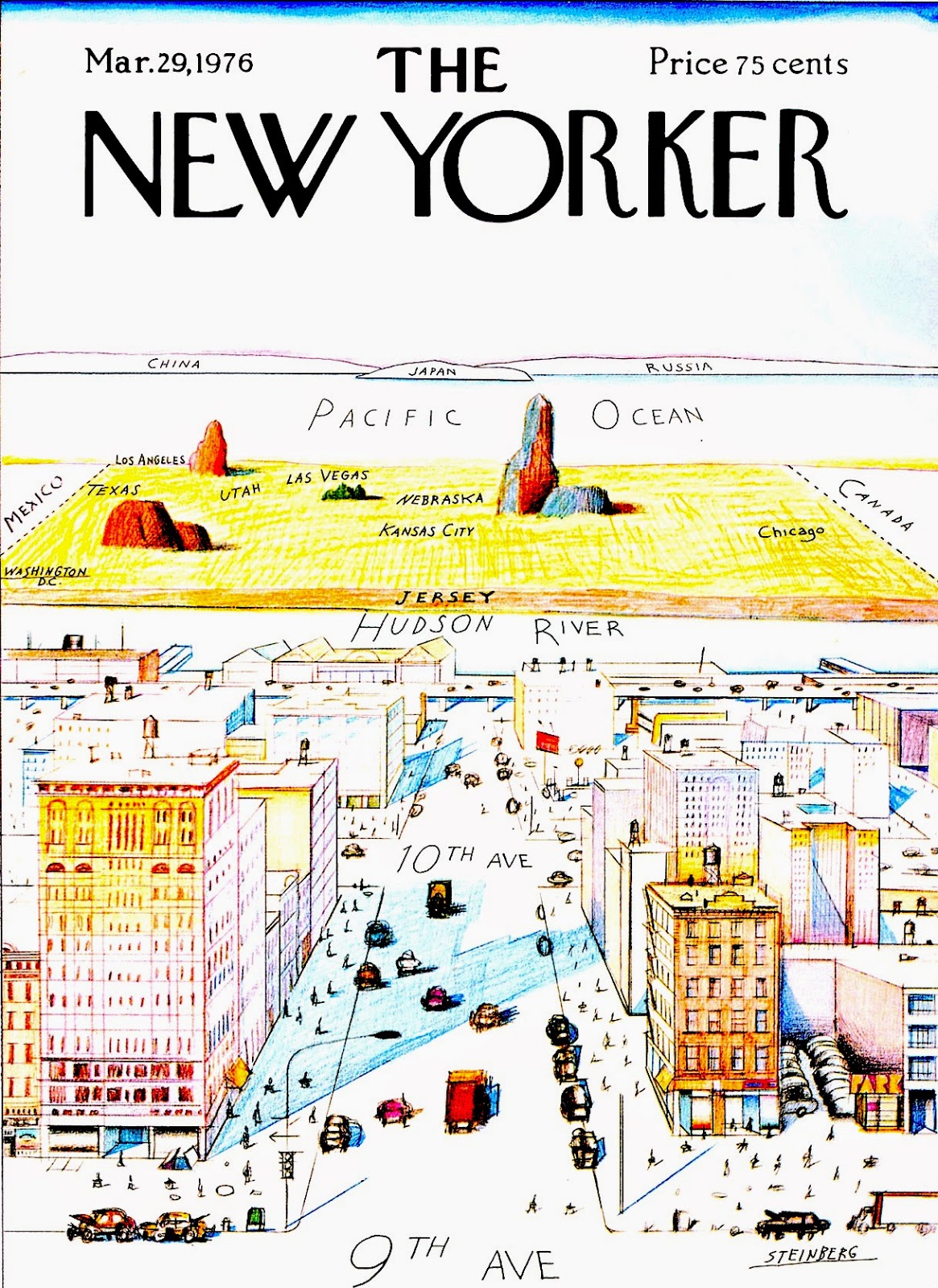 Way out west
As Steinberg's New Yorker cartoon
(left) indicates, most Manhattanites
are rather jaded. When I announced
I was moving to Chicago my Mother
literally said "Isn't that somewhere
to the left?" When one lives in the
biggest city in the country let alone
one of the most sophisticated in the
world, all pale by comparison. Yet
over the years I've slowly shed my
prejudices and have come to realize
that it doesn't matter where one
lives, it's all about HOW you live. 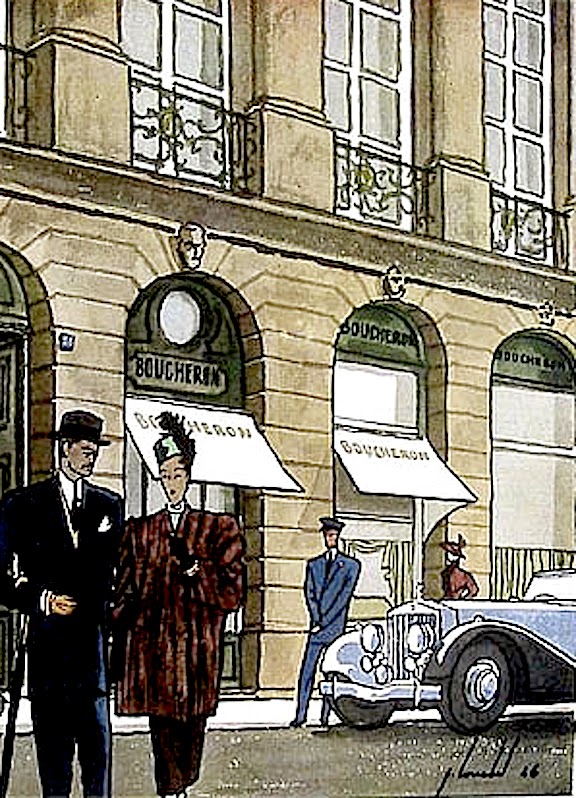 Boulevard of dreams
At one time I thought Brooklyn was
a foreign land. Therefore if someone
had told me that someday a city not
quite equal in size to Burbank would
be my nirvana I would have laughed.
For most Montanans Billings is the
to equivalent of Paris. We're all
drawn to new and different things
Hence when you've only seen deer
and coyotes, strolling down the aisles
of Walmart comes close to strutting
down the Champs-Elysees. Oh and
then there's Home Depot. Mon dieu! 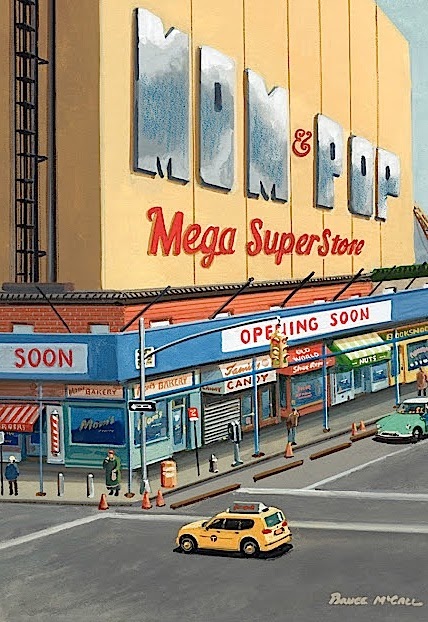 Out of the  box
To date we've found few reasons to
trek two hours to Target. The fact is
we can get most of what we need
right here in town. And any items
I can't get in Lewistown are rarely
sold in Billings. Retail in Montana
is all about the basics. Therefore
most of what one finds up along
Madison Avenue is but a dream
on the wide open range. That said,
one can buy anything on the web.
But unless one knows how to spell
Birkin, you may search for naught. 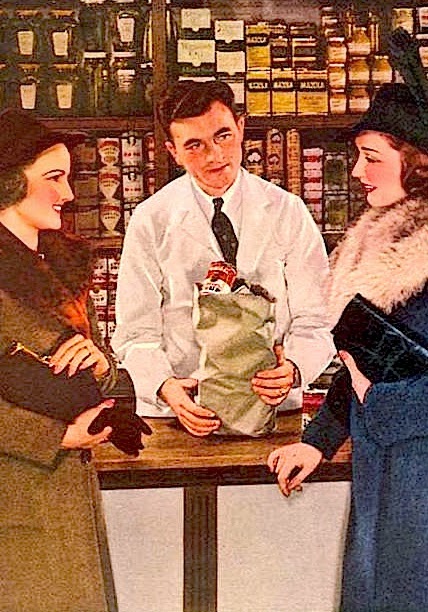 Liver come back to me
Do I ever feel deprived? Never! If
I crave some fois gras, I simply grab
a goose rather than snag a pound of
pate at Dean & Delucca. Since my
first visit to Lewistown, our culinary
options have greatly improved. Now
one can shop a fairly decent cheese
assortment at our grocer. While it's
not Murray's on Bleeker, it's good
enough to help make a happy hour
happier. Food aside, the beauty of
this place far outweighs any risk of
suffering from lactose deprivation. 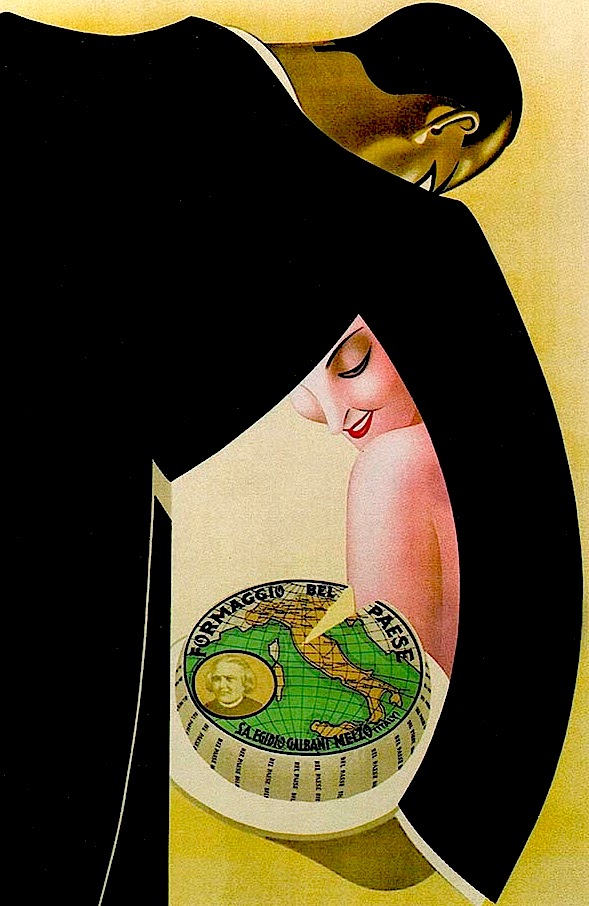 Manna from heaven
Speaking of Murray's, the other day
a rather large box arrived. Within
it's styrofoam shell lay a veritable
treasure trove of frommage. Two
dear New Yorkers ("K" & "S") felt
pity for this pair of cowboys. After
nibbling on the jewels enclosed, we
remembered what real cheese tastes
like. If one considers domestic brie
versus imported Tallegio roughing
it, I guess we're "glamping" on a
daily basis here on the lone prairie.
And I wouldn't have it any other way. 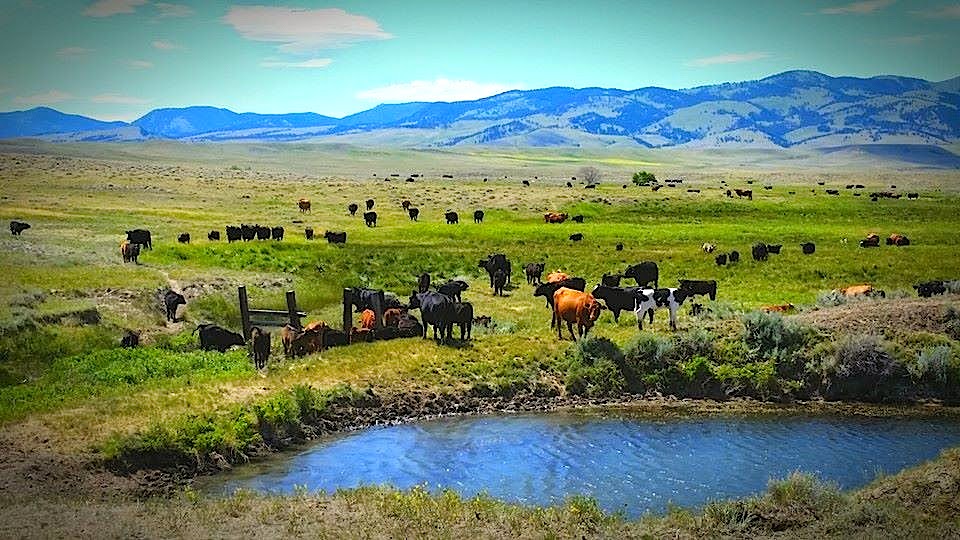