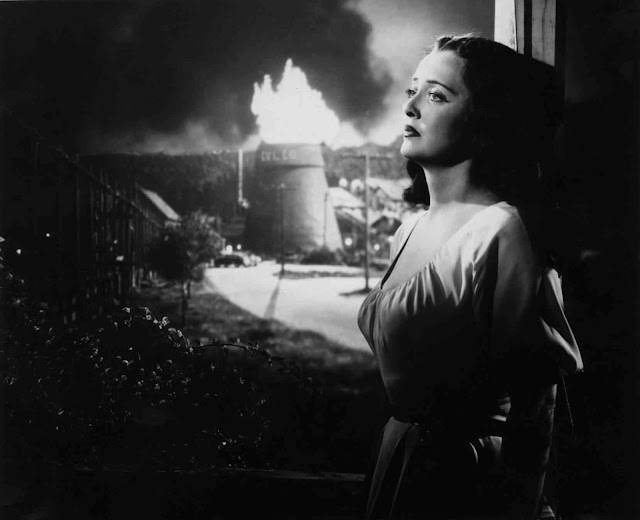 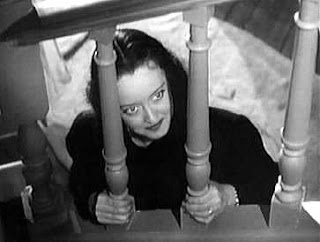 That's the infamous line
Bette Davis growled in her last
picture for Warner Brothers.
And that's what I muttered
(under my breath) right before
we entered the "Money Pit"
for the first time. That's because
things weren't going my way and I was not happy. 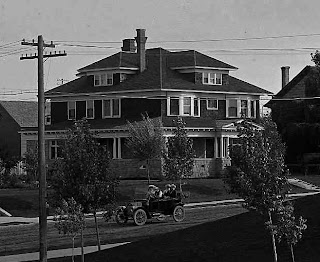 You see, even before we arrived back in Lewistown, I had decided to buy a massive project, a "diamond in the rough". Since 1906, the Blackford house had stood on Main Street. Situated in a primo location, directly across from the Fergus Country Courthouse, and next to the Carnegie Library. 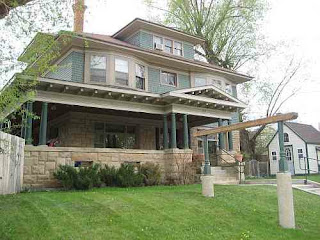 Sadly it had become the proverbial white elephant.  After sitting empty for several years, the price was dramatically reduced. Suddenly I was scheming, dreaming, and arranging furniture in it's rooms. Given nobody was interested...
It was ours to take! 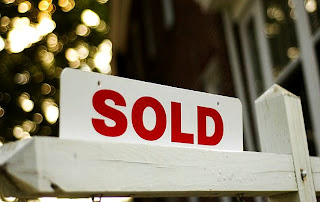 After a busy first week back in town, I dialed the realtor to schedule a viewing. Immediately she told me that the house had just been sold THAT DAY.
I asked if we could counter.
Her answer? "NO."
I was totally depressed.

For a week I sulked and finally called another realtor. We looked at several houses but NONE were right. Then one day, we took a walk by a missed opportunity. Three blocks away, a sign stood in front of
the ugliest house in town. 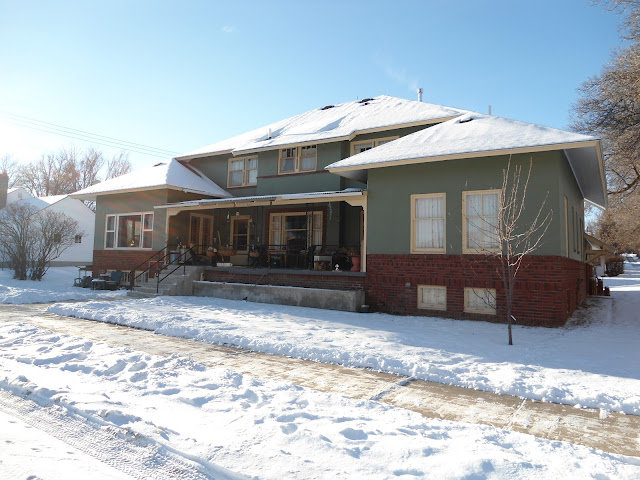 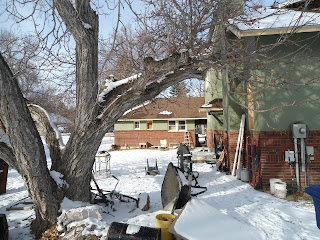 We'd driven past that house a million times and never gave it a thought. Then all of a sudden, we stopped and took a closer look. And there, waiting to discovered were clean lines, spacious proportions, and a touch of Frank Lloyd Wright.
Hidden under the debris. 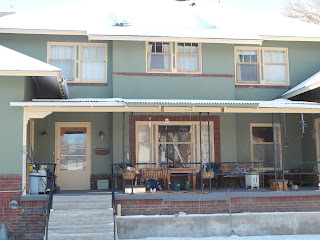 In it's current state that was really hard to see. The 7,000 square foot pile of stucco and brick reminded one of an episode from "Hoarders". Suddenly we heard a voice from the porch,
"Want to see the inside?"
Curious... we entered.
And our lives changed. 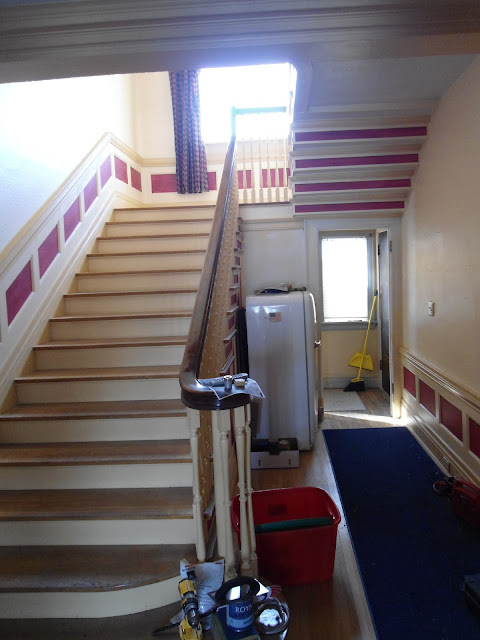 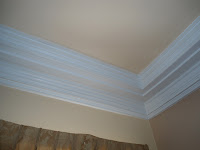 Inside the eyesore,
was the house of our dreams.
Built in 1917, it is filled with architectural details, spacious spaces, and a floor plan that works for us. So, we bought it. 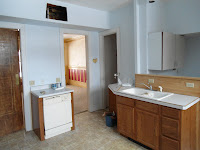 Obviously the pictures shown here are "before".
Today, the kitchen and several bathrooms are
gutted down to the studs. In two months,
we've accomplished a lot, but it's far from over.
Keep watching for updates but meanwhile...
We couldn't be happier!
Posted by montanaroue at 5:03 AM