What a difference a month makes... 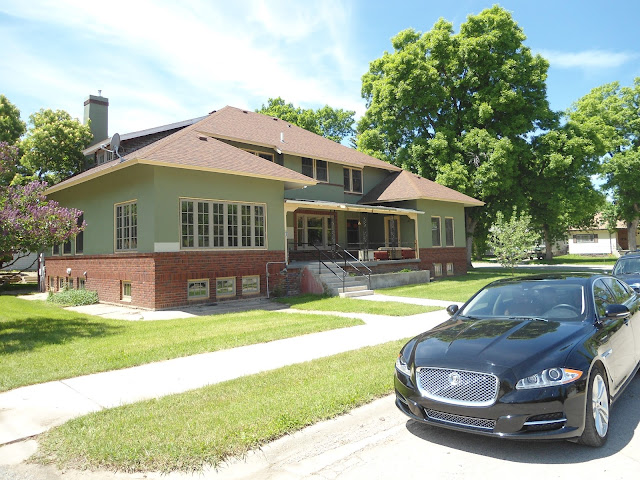 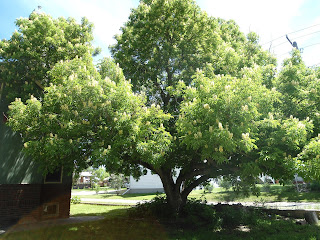 Change is in the air.
After a month away, I returned to Lewistown last Friday. As soon as I landed we rushed over to the house. A late spring has collided with an early summer filled with discovery. The old Horse Chestnut (left) in our new back yard is beyond beautiful! 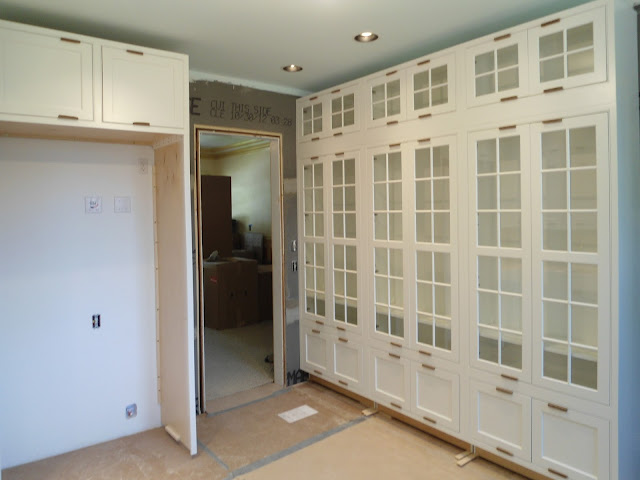 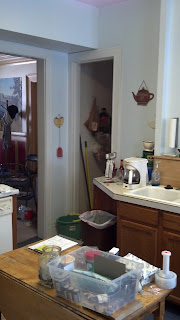 What's cookin'?
From the second I walked in, I was amazed at the progress. The biggest transformation is the kitchen. Bill, Mike, and Tehan completely gutted it to the studs. They ripped out what was left of a long ago removed back staircase. Then repositioned pipes and a chimney to free up the space. Now as you enter from the dining room, the "Great Wall of China" welcomes you. Just look at how that same doorway appeared in late December (shown left)! A confession - I will have to store some of my porcelain booty elsewhere. Not enough room! 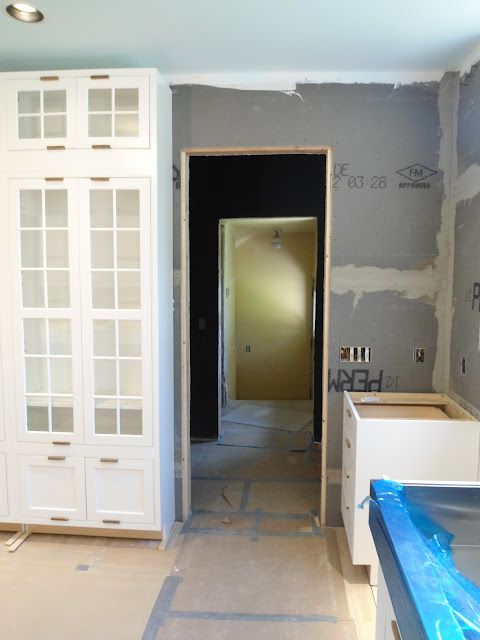 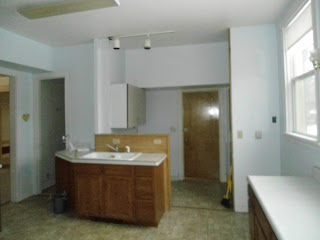 Smooth Transition.
We closed up the area adjacent to the back stair hall to create a Butler's Pantry that is now filled with elegant black cabinets! Gone (left) are the mismatched cabinets, massive soffit (the vestige of an old servants hall), and odd "pony" wall. 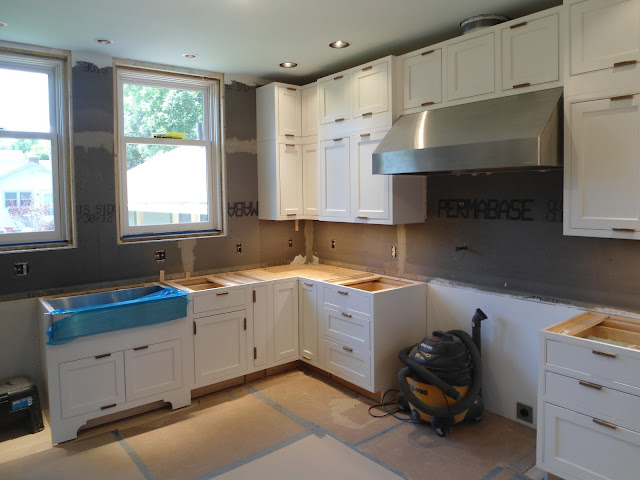 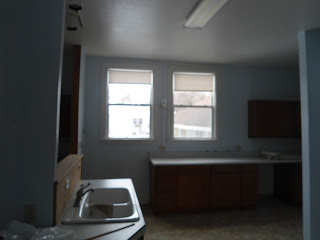 A new perspective.
Compare "before" (left) with after (above), We now have new wiring, plumbing, windows. floor, sheet rock, and finally cabinets! The far right corner was enclosed to create a new master closet. That allowed for a cabinet configuration that works! 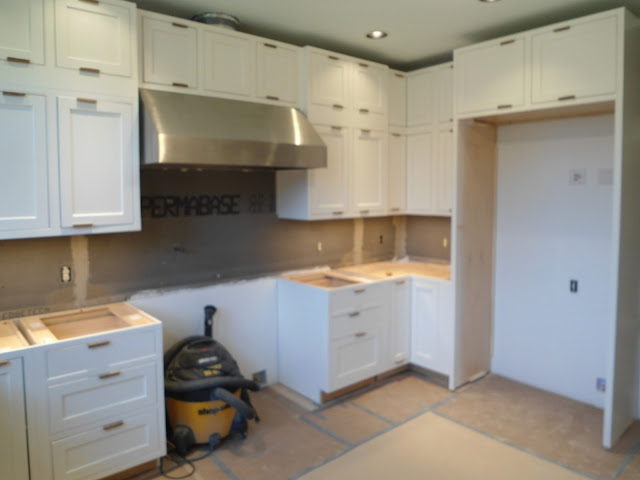 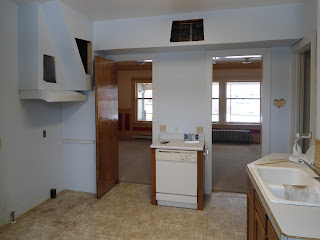 Shut up!
At one point when the kitchen was split into two a second door was added. Closing that up plus removing a furnace flue, stove vent, and clothes chute allowed for lots of storage! Now the dishwasher is next to the sink versus between two doors! 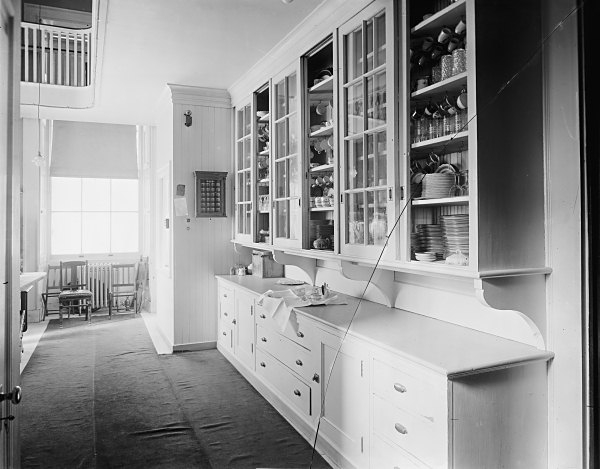 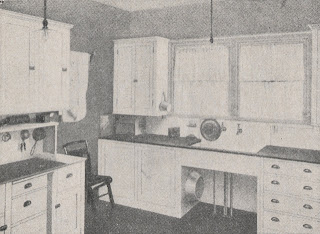 Back to the future.
What is most exciting is that our new kitchen is comparable to what would have been original yet is quite modern. That's due to Jeana Noel our designer. She took every clip and image we provided and made it all a reality. Thanks Jeana!

Tune in tomorrow for an update on the Master Bed & Bath!
Posted by montanaroue at 5:51 AM