What have you got to show for it? 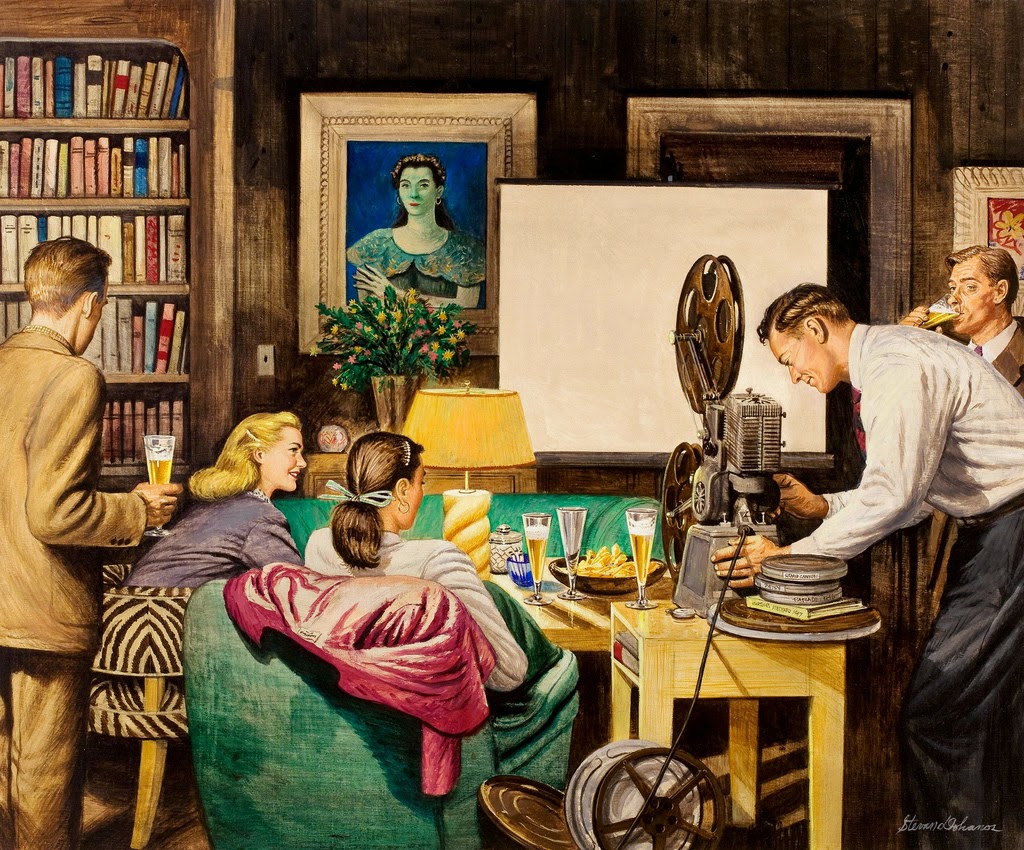 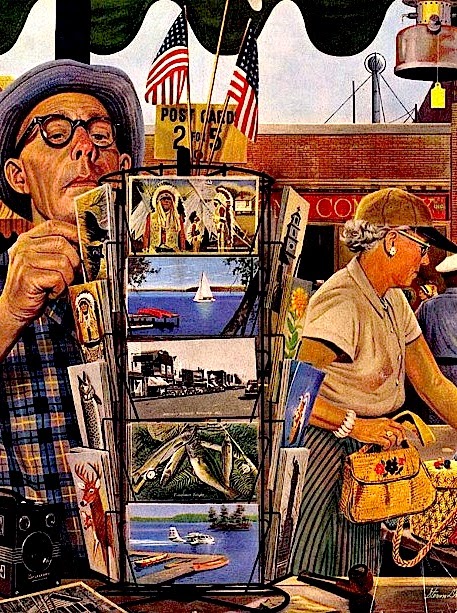 Post cards from the edge
In this time of social media we all
live vicariously through each other.
Hence endless postings of pictures
that are often inspiring, disturbing,
or infuriating. If nothing else said
shots solicit a reaction. And I must
admit that at times my response is
falsely solicitous. Yet the process
of coming up with another bon mot
keeps one's mind active. However
must I be forced to blab about how
fab your flab looks on the beach?
Are some things best left private?! 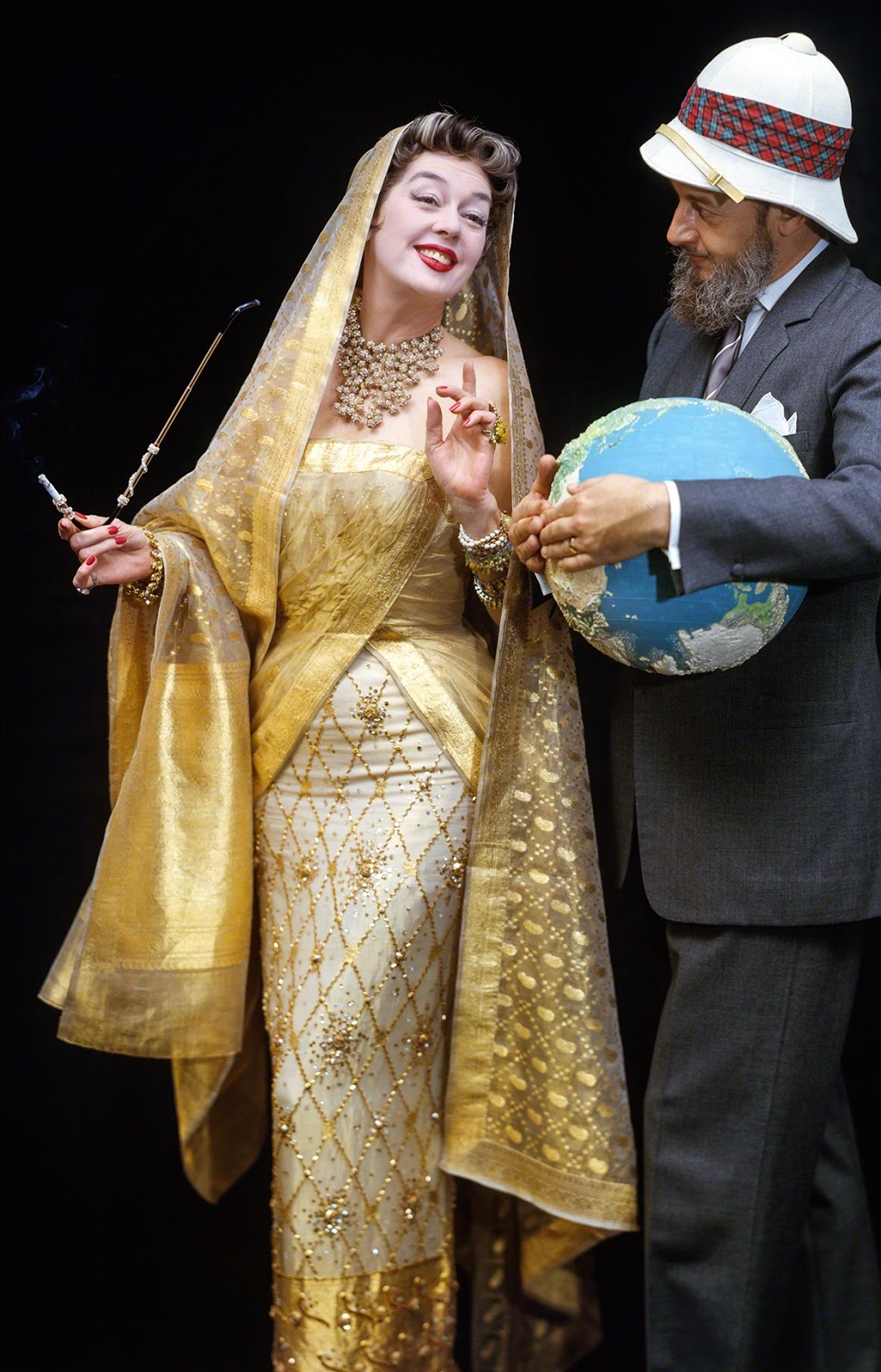 Armchair traveler
One does find pleasure in some digital
diversions. I particularly enjoy going
along for the ride as others visit some
tropical oasis while I'm freezing my ass
off. Like Auntie Mame, our friend "R"
travels the globe. However rather than
post pictures on Facebook "R" shares
her observations and beautiful imagery
via her blog www.rubyroams.com. As I
read her commentary, I almost feel like
I'm there. And somehow it seems all the
more civilized sans a tsunami of "likes."
Pictures alone simply aren't enough. 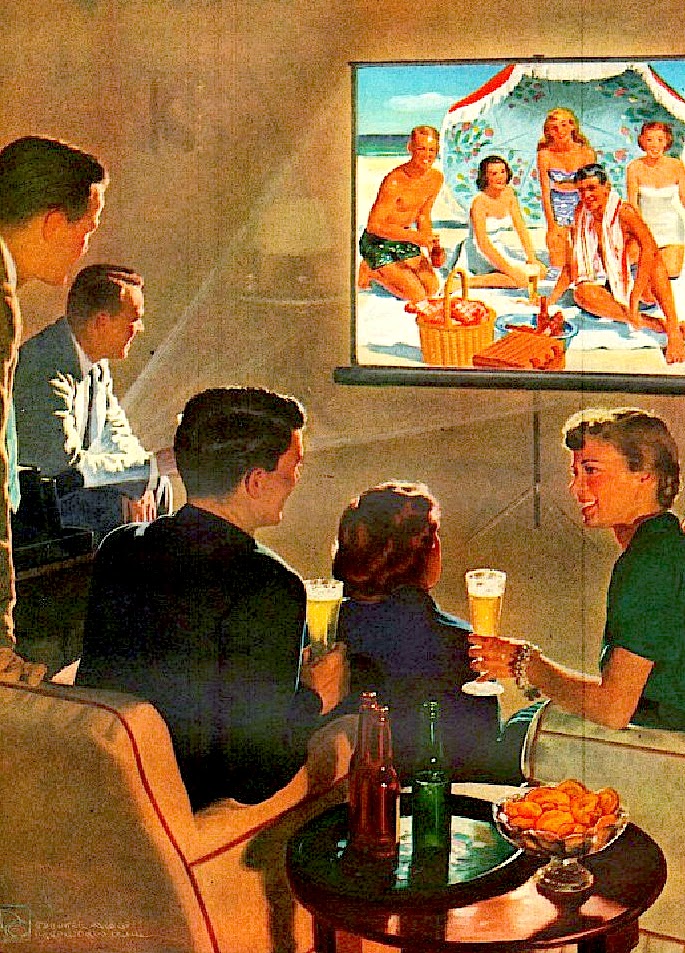 The last picture show
Our parents left behind mounds
of memories in the physical form
of Kodachrome slides and home
movies. As a tot nothing was as
painful as watching my father
drag out the slide projector and
erect a large and squeaky screen
in the living room. For at least
the next hour one was subjected
to what can only be described as
the Baby Boomer's equivalent to
water boarding. However even
good can come out of bad... 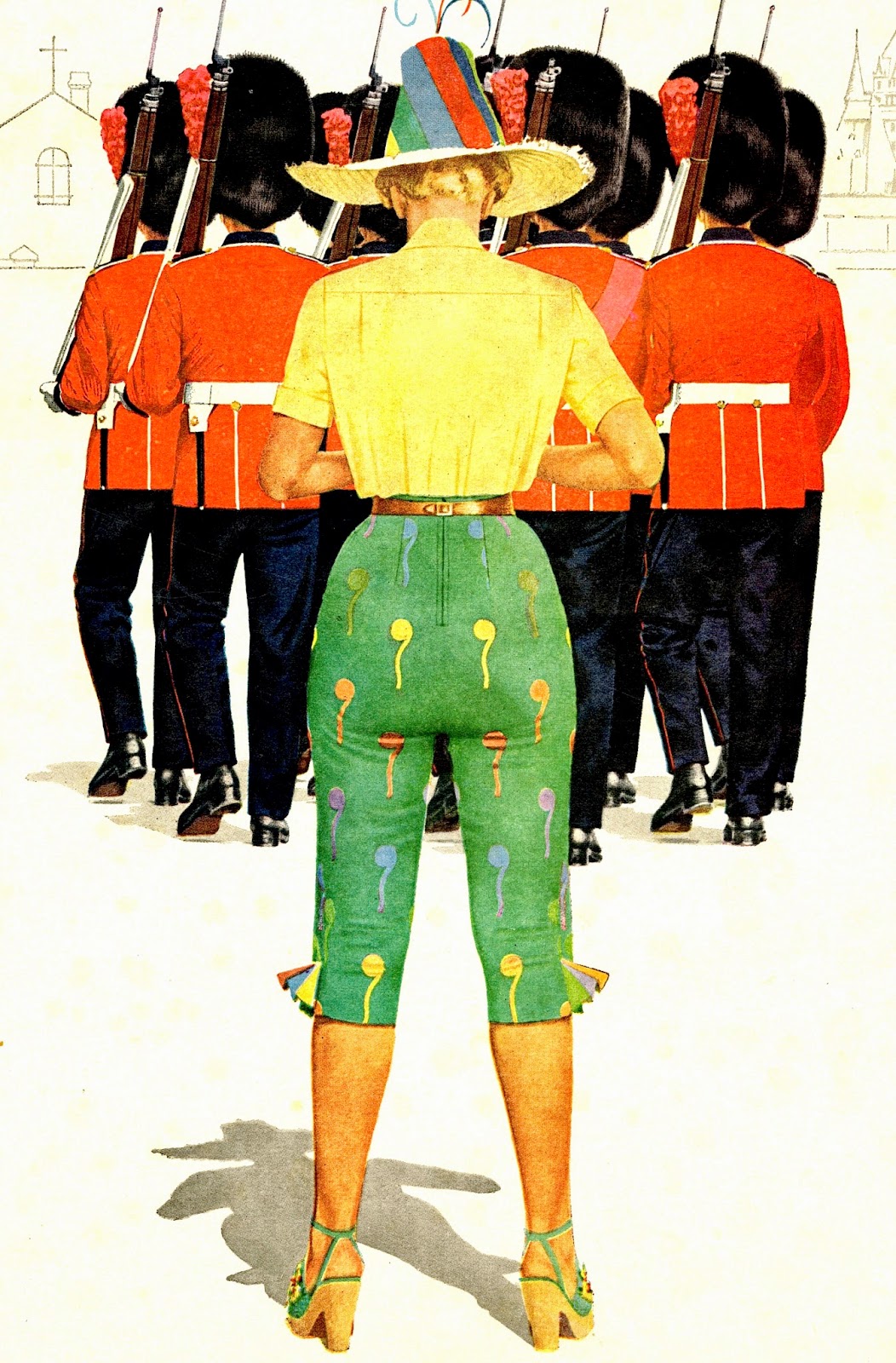 For your eyes only?
It's funny how we now lament our lack
of privacy. Yet our parent's generation
had no problem subjecting family and
friends to an evening of what can only
be considered highly personal imagery.
While a photo of one's significant other
holding a coconut may have conjured
up fond memories for those involved,
it's highly doubtful the rest of those in
the dark gave a damn. Now one can
exit the room by deleting an incoming
e-mail, post, or tweet. But I wonder...
what happens to our "private" photos? 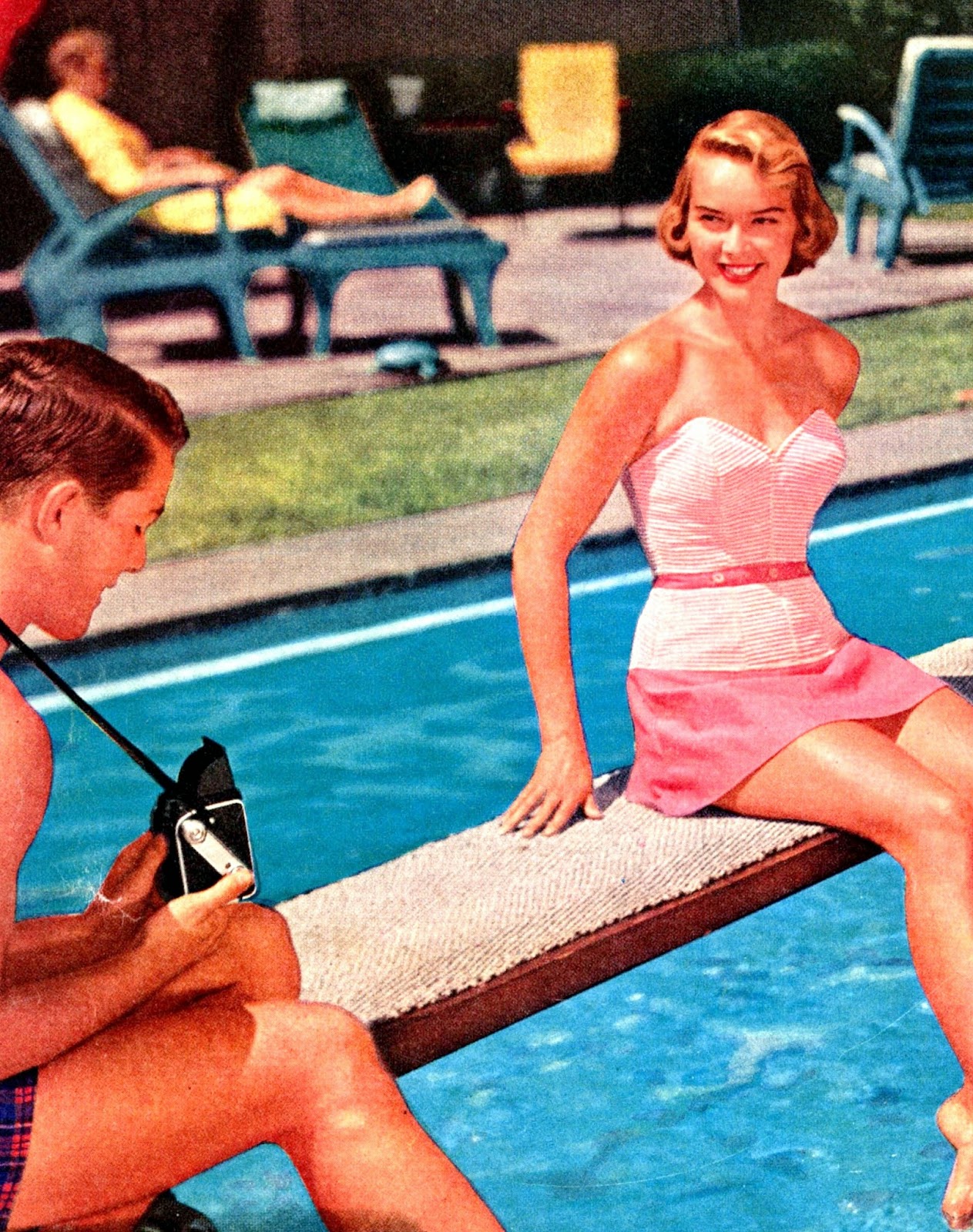 Shoot me now
Howard was quite a shutterbug.
He carried a camera wherever
we went. The end result was a
plethora of photos of sunsets or
Ethel on the beach. While Mom
loved sunsets she loathed seeing
herself in a bathing suit. Hence
any viewing of said shots was
always accompanied by her ooos,
ahhhs, and OH NOs! At the time
it was rather painful to watch,
but now I appreciate my Father's
substantial photographic archive. 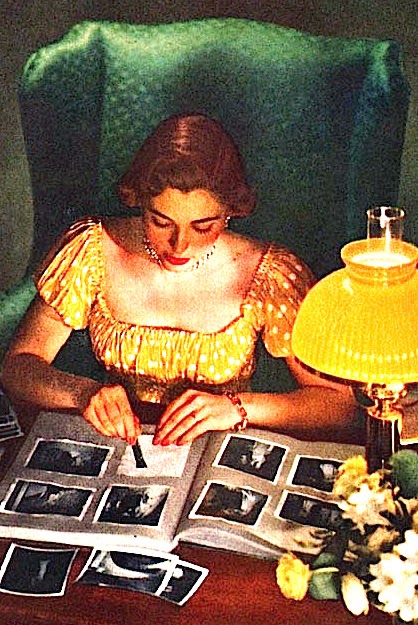 For the record
Time flies and without Dad's memory
bank, much would now be forgotten.
As I've aged I appreciate his attempt
to chronicle our lives. My memory is
feeble at best. For years I've countered
said handicap by keeping voluminous
photo albums. In essence more than
just images, they're chronicles of times
gone by. And while I doubt they'll ever
have much meaning to anyone but me,
they're my most treasured possessions.
You see, I am what I am and became
that way through my life's experiences. 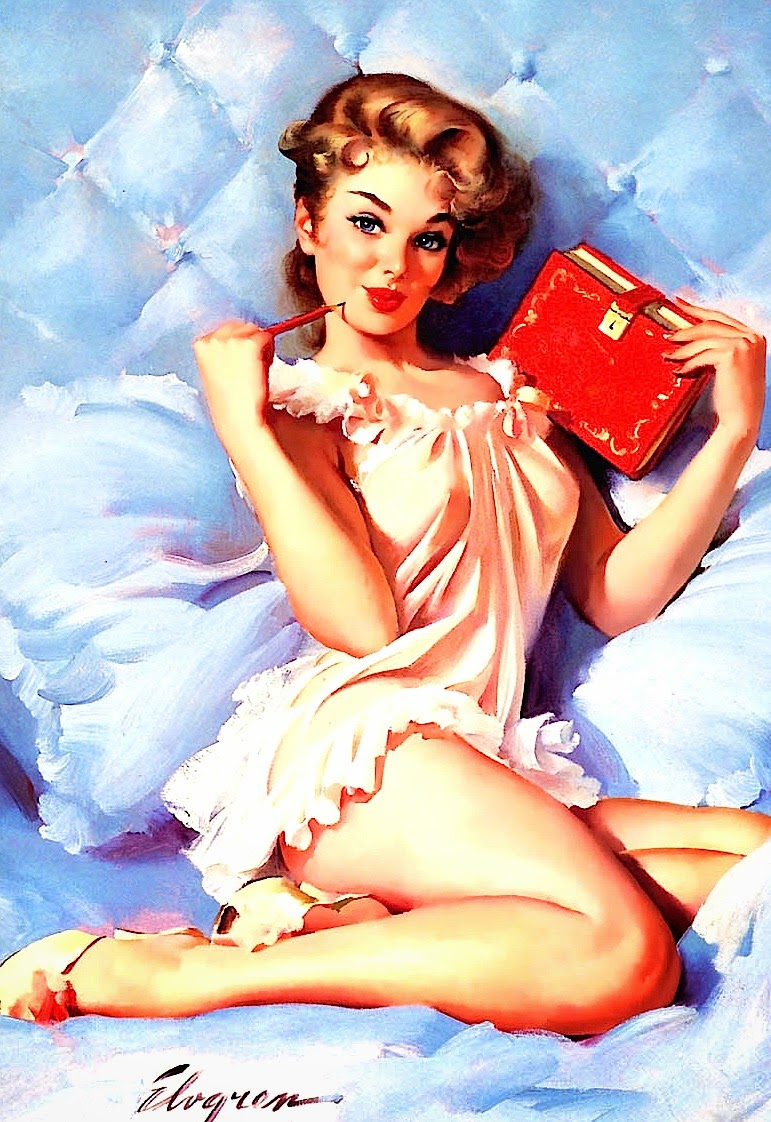 This is my story
Deep down I'm certain many fear
being forgotten. Therefore we each
in our own way gather in order to
ultimately leave behind some sort
of record of our existence. Proof
that yes, we were here. For many
centuries personal diaries did just
that. Generations chronicled their
secrets, dreams, and daily activities.
In all actuality, this blog is a public
diary. A forum in which to share
whatever suits my fancy. A cyber
archive much like Father's photos. 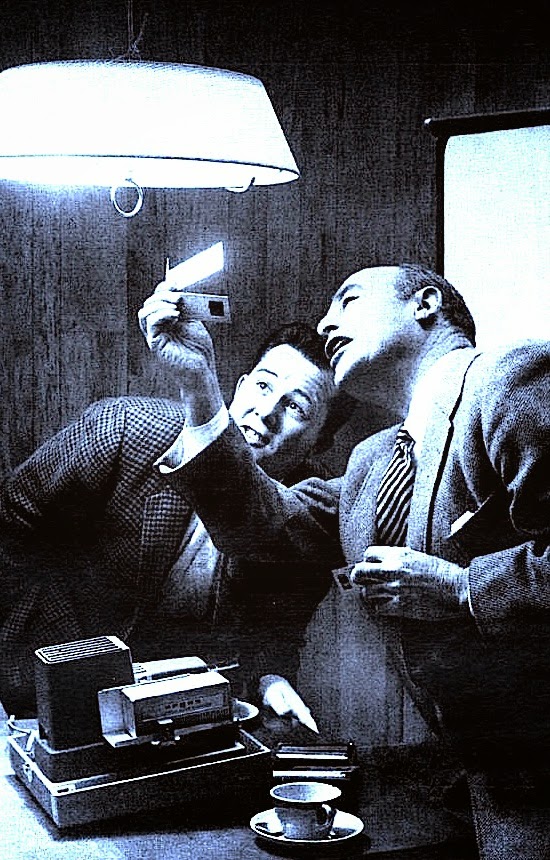 Who dunnit?
What is your legacy? I adore history
and as one delves into the past you
realize that humans have always been
quite human. The fact is that we're all
leaving a digital record behind. Years
from now our social media spews will
provide a treasure trove of cultural
insights for future generations to read.
The difference between your Facebook
page and a box of Kodachrome slides is
that sociologists will actually know who
was who in that picture posted a century
ago on Twitter. TAG... YOU'RE IT!
Posted by montanaroue at 4:00 AM