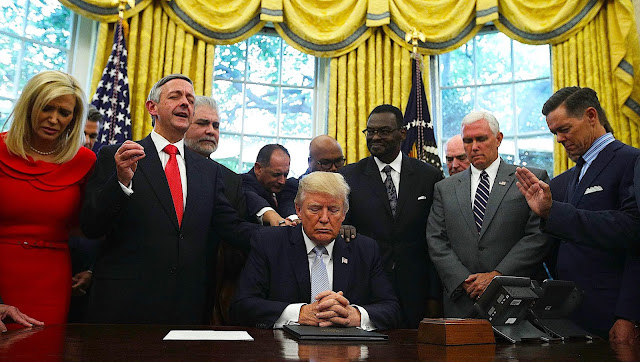 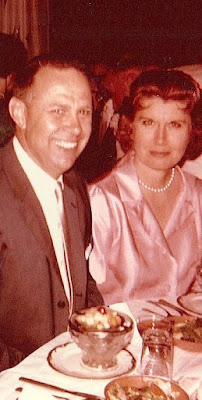 Divine intervention
My father was the eternal optimist. A man who
believed there was good of all he met. Deeply
spiritual he took the Bible literally. Considering
it to be a viable guide for modern life. Mother
shared his beliefs. Conservatively, kindly, and
at times aggressively enforcing said rules and
obligations. However as the years passed, they
both mellowed. In part because life itself threw
many challenges their way. Things that weren't
easily solved by dogma. But rather required one
consider the alternatives, turn the other cheek,
and evolve in ways they'd never imagined. And
in the end - growing all the closer to God.

Moral fortitude
As the child of loyal fundamentalists I've been
personally immersed in said limited sphere of
influence. One where the leadership - all men -
told us what to think and do. Claiming to be
nothing more than humble believers they ruled
with regal relish. However it wasn't until Jerry
Falwell Senior entered the fray that they became
overtly political. Suddenly in the seventies the
"Moral Majority" blossomed.  Demanding that
their beliefs, ideologies, and "freedom" usurp
all others. However building upon such a pious
pinnacle has challenged even the best of them.
Given like it or not even they're all too human. 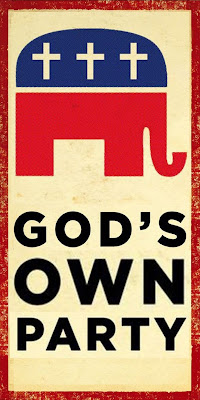 Secret sauce
Being spoon fed morality can be rather hard
to swallow. It can choke if not kill when it is
shoved down unwilling throats. For decades
said minority has tried to usurp the freedom
and equality of a very diverse majority. All
in the belief that God himself would happily
move political mountains in order to bring
their myopic visions to fruition. Ultimately
it became clear that in order to achieve said
goals - they would have to adapt to the reality
of their situation. To compromise their morals
by engaging with and supporting any willing
to implement their agenda. At any cost.. 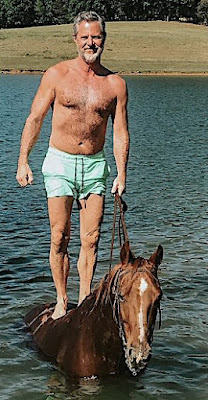 A horse of a different color
In other words - literally allow their leaders to
sell their souls to the devil. However dancing
with said specter inevitably corrupts. Consider
those who say the right things and yet revel in
doing the opposite. Like Jerry Falwell Junior.
For years he leveraged his fiscal acumen and
political savvy to shore up his father's dream -
Liberty University. Building his empire as he
rallied the evangelical troops behind Trump.
At that time many questioned said partnership
of good and evil. Was reversing Roe versus
Wade worth compromising everything they
believed in? In theory, yes. In reality, YES.

Menage a trois
As I write Mr. Falwell is deep in the throes of
a battle with the Liberty University board. All
due to confessions and revelations about his
wife's lengthy affair with a former pool boy.
Along with claims that Mr. Falwell not only
knew of but viewed said encounters from the
sidelines. And suddenly, it ALL makes sense.
Rather than a strategic partnership of diverse
priorities, two men of like minds have been
working together for THEIR good. Which has
me wondering what my parents would think of
all of this. And if still alive - how would they
vote this November? HEAVEN HELP US!
Posted by montanaroue at 4:00 AM