Curtain call
Frankly I was NOT entertained by Thursday's
political pageant. Mr. Trump's RNC acceptance
speech extravaganza on the White House lawn
was not only offensive - but beyond tacky. A la
a dictator's rally - the physical manifestation of
a megalomaniac's grandiose delusion. Beneath
the dignity of the office of the President of the
United States and "The People's House". One
thing was missing to make it totally Trump. As
in the Midas touch. Indication that Donald has
rejected his gilt complex. In favor of a beyond
liberal dose (as in generous) of red, white, and
blue. A setting that was oddly all too familiar. 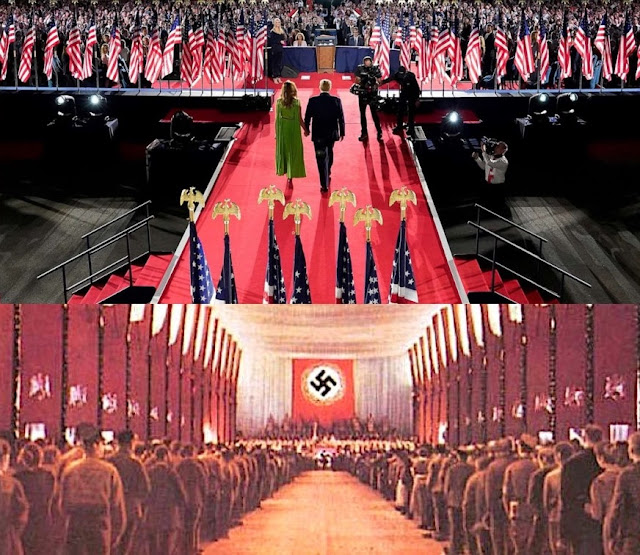 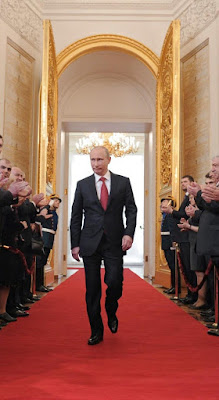 Red carpet treatment
Much like many a bad actor prior, Trump
utilizes cheap theatrics to make up for his
weaknesses. However while he would like
nothing more than said show to go on (for
four more years) the curtain may be falling.
Akin to the Emperor's new clothes, reality
will ultimately reveal any false pretenses.
Thus in the end the world will see Donald
Trump for who he is. Nothing more than
a washed up - mash up of false pretenses.
Thus as some applaud his display of ego -
others see his true character. A trumped up
reality star whose show is being canceled. 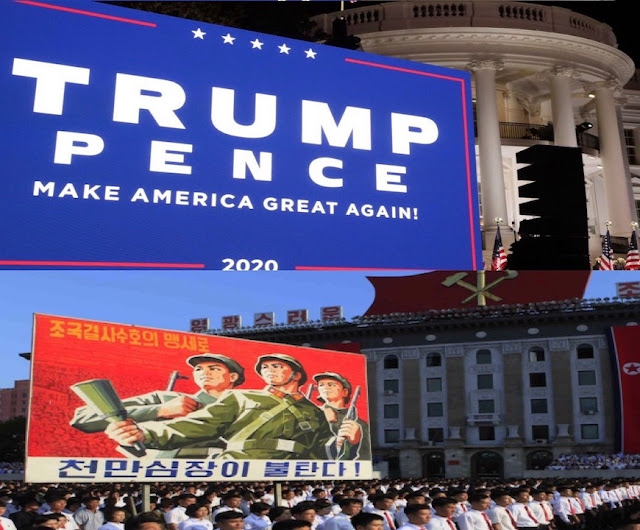 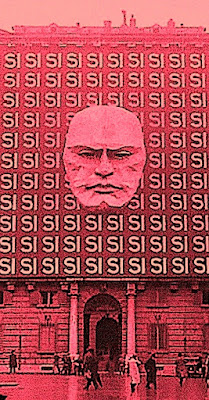 Signs of the times
Mr. Trump's lack of talent aside, what's most
pathetic is his need for audience participation.
Rejecting scientific data and medial advice,
he is forcing thousands to risk their lives in
order to save his skin. Sadly the lies he spews
are the least of our worries at said campaign
events. Rather it is the risk of infection within
his spore of influence. Hence much like Nero
Donald Trump is playing as American burns.
The question being - will he win or lose the
ultimate ratings game on November third? Or
skew the results in order to insure that his sad
reality show goes on... and on... and on...
Posted by montanaroue at 4:00 AM