FOCUS ON THE FAMILY 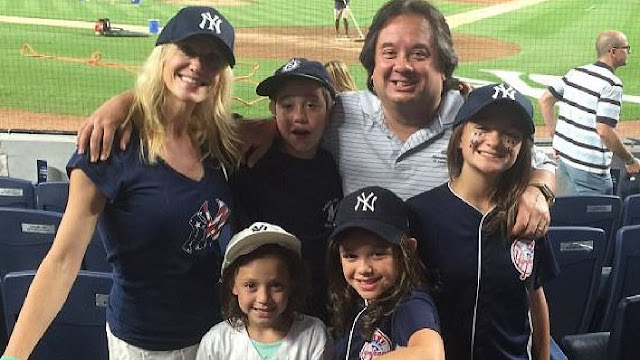 Canary in the coal mine
Tomorrow evening Kellyanne Conway will sing
her boss's praises at the Republican Convention.
A literal swan song given she announced Sunday
evening that she is exiting the administration.
Her reason - to focus on family. Her purpose
simple - "no drama, more Mama. Add that her
equally political husband George III announced
he is taking a hiatus from the anti-Trump Lincoln
Project and Twitter. Ending the dynamic duo's
tumultuous and disconcerting public display of
turmoil on the home front. All as Kellyanne's
exit leaves a "big hole" in the Trump team per
Mr. Trump's Chief of Staff Mark Meadows. 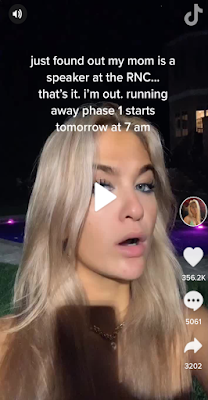 Out of the mouth of babes
What's the reason for their radical departure?
All one has to do is log onto social media to
see why. For weeks their eldest - Claudia age
15 - has been saying all the wrong things. As
in anti-Trump social media messaging. Late
Saturday she tweeted her angst over her Mom
speaking at the RNC. And soon thereafter via
TikTok she announced an exit strategy. All of
which causes me to feel sorry for Claudia,
Kellyanne, and George. Prime examples of
another family torn asunder by Mr. Trump's
divisive impact on America at large. When is
this turmoil ever going to end?

Family dynamic
As our American dream crumbles, Mr. Trump,
his kids, and cohorts are aggressively trying to
prove that they've "made America great." When
in reality the only threat to our future are NOT
liberal socialists, or "Antifa". But rather a quite
immoral man intent on his self aggrandizement
at any cost. Smoke and mirrors aside, even his
own own sister summed him up. "Donald is
out for Donald period." "You can't trust him."
He has no principals - none." "Oh the lies..."
Ultimately he'll reap karmic comeuppance. Yet
timing is everything. And with 74 days to go...
theres still a chance he may survive and WIN.

The good, bad, and the ugly
Why do bad things happen to seemingly good
people? Because they welcome it. Mr. Trump
has spent four years garnering the support of
fundamentalists. Offering hollow promises to
reverse such Roe versus Wade and limit gay
equality. However may I humbly suggest that
rather than endorse Mr. Trump - organizations
such as "Focus On The Family" do just that.
Protect their followers from the most sordid
of negative influences - Donald J. Trump. If
they truly practice what they preach they have
no other option. That is unless they've already
sold their pious souls to the devil himself.
Posted by montanaroue at 4:00 AM