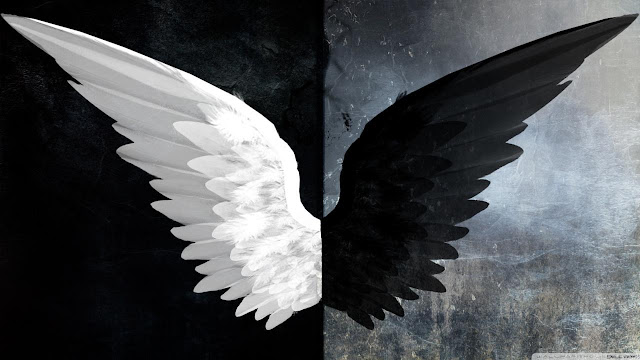 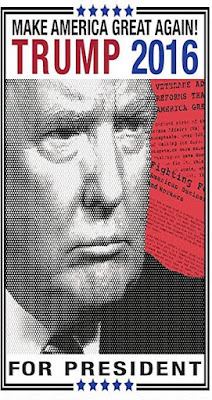 Bad decision
Four years ago a friend and I parted ways. The
reason? Her support of Donald Trump. And for
reasons quite explainable and better left unsaid
we strayed apart. Subsequently diagnosed with
cancer she fought valiantly. Then a few months
ago lost said battle. Fortunately we reconciled
while there was still time. Acknowledging that
Mr. Trump was never a good enough (or bad)
reason to lose a friend. Now she's gone and the
sting of love lost remains. Meanwhile the man
in question pursues four more years. Thus my
dilemma. Do I shut up or put up? Is Mr. Trump
worth the risk of losing those important to me? 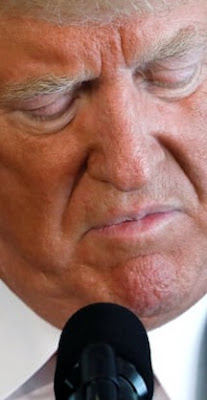 The man himself
I wish this was simply just about politics. In
that case - the less said the better. However
the potential of rewarding Mr. Trump with
four more years requires that one speaks out
in protest. Not because of he is Republican.
Nor due to right versus left ideology.Rather
it's about whether America should be led by
a proven liar, cheat, abuser, and flawed man.
An immoral despot who doesn't deserve our
confidence, support, or vote. Our only choice
this November is to make a moral judgement.
To vote for good versus evil. Not conservative
versus liberal ideology. But for a man himself. 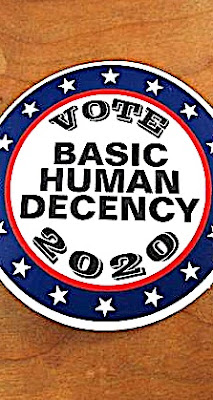 Indecent exposure
Like it or not - this electoral cycle is all about
morality - not politics. Hence the more said -
the better. While uncomfortable it's a choice
between right or wrong. Truth versus lies. An
antidote to Trump's poison of hypocrisy. The
alternative - purposeful silence and inaction
against immoral dishonesty is un-American.
So at least until November I'm going to say
it like it is. To remind Americans of just how
important this election is. Together we must
vanquish unfettered evil by placing our vote
for morality. A choice that lifts America up
rather than drags us down. A moral decision.
Posted by montanaroue at 4:00 AM