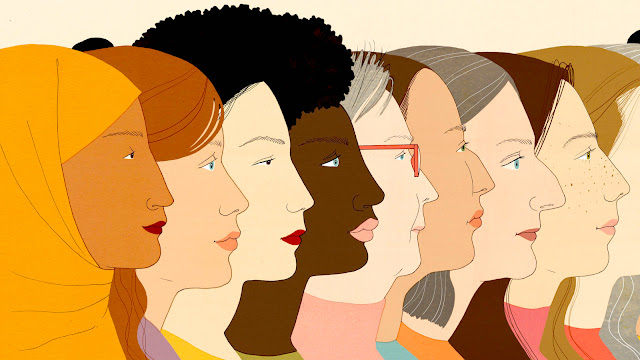 Girl of my dreams
This morning I awoke from a rather involved
dream. Said state of suspended animation was
about all of the powerful women I worked for
and with during my career. All of whom were
complex, demanding, smarter than heck, and
amazing. Once my head was clear via a cup of
coffee, I reflected on all of those ladies and the
positive impact they had on me both personally
and professionally. Frankly, they were the best
ever. And inevitably proven to be better leaders
than their male counterparts. All which bodes
well for the woman who will be our next Vice
President - Kamala Harris.

Double indemnity
I've often been know not say "Men are pigs but
I like pork." Thus it's quite obvious that I prefer
men when it comes to sharing one's bed or life.
However my experience has shown that women
make better leaders. In part because they're able
to balance compassion, strategic thinking, and
common sense in a way that frankly, most men
are incapable of. The result being level headed
decision making based on solid experience and
hard knocks knowledge. Hence there is nobody
I'd like to stand with if ever at the top than a
woman. And fortunately Joe Biden feels the
same. Therefore he and Kamala have my vote! Odd man out
As a leader I surrounded myself with people
who were dramatically different than myself.
Rather than clones, I wanted (and needed)
smart, candid, and brave folks around me.
Individuals confident enough to tell me the
truth no matter the consequences. Ready to
take risks and learn from their (our) mistakes.
Which demonstrates exactly why Mr. Trump
doesn't deserve a second term (let alone first).
Whether insecure, ignorant, or delusional -
his inability to leverage talent proves that he
is the weak link. One that must be severed
before he gets America in real trouble.
Posted by montanaroue at 4:00 AM