THIS IS GETTING OLD... 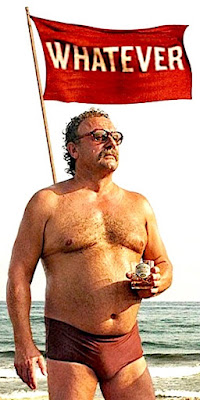 SHUT UP
There are times when the less said... the better.
And today is one of them. Like it or not as of
midnight I became one year older, grayer, and
fatter. Thus celebrating one's degradation isn't
something I'm willing to participate in. In part
because the last thing I ever thought was that
I would be this old. And given medical break-
throughs, have a strong chance of being here
for the next thirty years at least. I don't know
about you, but the idea of downing an Ensure
versus Manhattan holds no allure. Nor having
to give up going commando and adding more
padding via a pair of Depends XL Maximum.

BETTER NOT
I've never liked celebrating birthdays. As a boy
I had my share of basement bashes with all of
my childhood buddies. Yet somehow I always
struggled with whether to pin my tail on an ass
or... the cute boy from around the corner. Every
other year my father dragged us all to Madison
Square Garden to see the circus. Which explains
why to this day I'm terrified clowns. And that the
only large hairy mammals I want to see are bears
at some gay bar. In hindsight I attribute much of
my celebratory resistance to the fact that it was
all so forced. That like it or not it was party time.
And even presents couldn't make it any better... 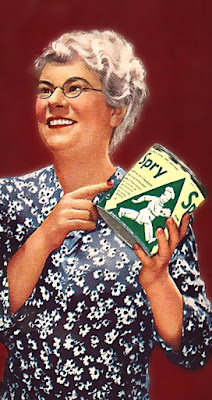 STAY AWAY
How did it happen? I used to be the youngest
in the room. Now my shoes are older than the
rest of you. Rather than be a hipster, I'm that
old guy who makes witty references to archaic
cultural phenomena. Leaving me the only one
who gets the joke, let alone laughs at it. As if
that wasn't cruel enough, I'm no longer just a
pain in the ass given I now ache all over. All
of which is a constant reminder that I'm not
only falling apart, but am just a flaccid piece
of rotting meat with an all too near expiration
date. Thus a cake filled with candles just fuels
my fire of discontent. And... pisses me off 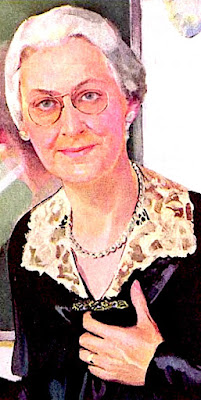 NEVER MIND
So please, do us all a favor and do NOT post a
birthday gif on my facebook page. Better yet,
be like some of my kids and ignore that my
birth ever happened. Understand that forgetting
about this seminal event in my life is the gift
that keeps on giving. Leave me alone and let
me wallow in my annual self imposed  period
of mourning. Ultimately this shall pass. And
the only reminder that I'm not the man I used
to be will happen whenever I look in the mirror.
Or see the random photo or video that a stealth
loved one was able to snap. All of which are
ample confirmation that the END IS NEAR!