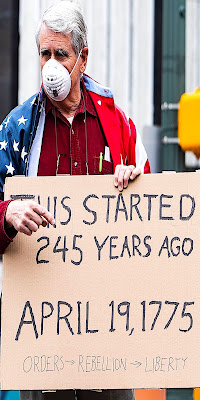 Either or
While half of the country rushes to exit their
safe zones the other half remains in captivity.
Limited to our sphere of influences, many
are going stir crazy. Becoming giddy at the
very idea of getting a manicure or haircut.
Others sit and fret about what may happen
if life goes back to  "normal". Such angst
brings out the best and worst in us. Most
Americans treasure their right to individual
freedom. Hence when a local or state leader
tries to  limit that - we go nuts. Forgetting
that sometimes we all must share the burden
for the good of ALL mankind. 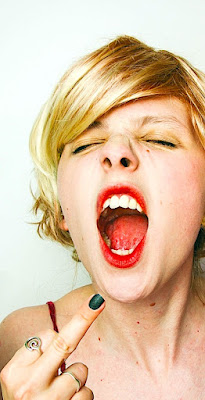 Down and out
The fact is we're all becoming rather nutty. In
Chicago, my daughter's downstairs neighbors
are angry people. Stuck at home they've come
to realize that two young tots live above them.
And while their parents carefully limit their
output and take them out as often as possible,
boys will be boys. Thus said downers have
become nastier by the day.  Taunting, torturing,
and texting upstairs to the point of no return.
Post bringing my daughter to tears, another
neighbor asked the lady why she behaved so
poorly. Her response? "Because I can." Proof
that some of us enjoy pushing other's buttons. 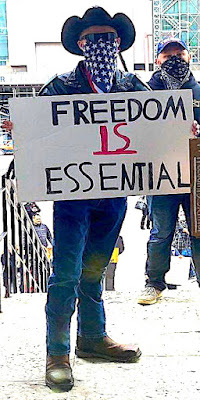 Equal opportunity
Obviously Americans can do whatever we
want. However as members of civilization
it's best to not take advantage of others.
Yet some my get hurt in the process of
fulfilling our wants and needs. Democracy
insures an even playing field but some still
aggressively maintain an unfair advantage.
Civility is a fragile equal opportunity. One
where yin and yang, yes and no, me and
you, us and them, hang in a most delicate
balance. Especially when facing a viral
threat that knows no boundaries. So just
because you can doesn't mean you should.
Posted by montanaroue at 4:00 AM