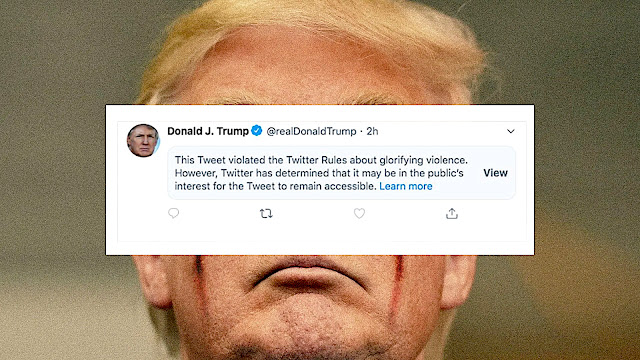 Two of a kind?
I'm confused. How our president deem groups
of armed MAGA capped renegades storming
state capitals as "noble"? Why does he support
protests against legislation enacted to protect
those he is elected to serve ? Only to name a
community of locals mourning the unlawful
killing of a fellow resident "THUGS"! What
makes expressing one's anger over not being
able to get a haircut or manicure comparable
to protesting one's outrage over MURDER?
When will we finally be ready acknowledge
Mr. Trump's racism, prejudice, and hate for
the poison that it truly is? 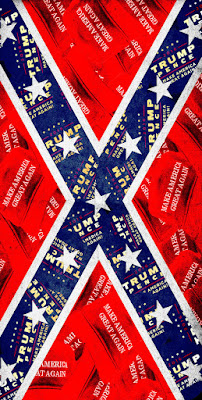 X marks the blot
Sorry, but there is no excuse for his behavior.
No rational explanation for Mr. Trump's racist
slurs against our fellow Americans. There can
be no justification for giving his supporters an
unfair advantage. Rather than offensively call
a spade a spade - let's call out Trump for what
he truly is. An unchecked politically pandering
megalomaniac. Sadly the Minneapolis protests
degenerated into violence, mayhem, along with
destruction of property. However instead of
rising in response to inspire ALL Americans to
respect each other - Mr. Trump chose to slur
Minnesotans, And to fan the flames of hate. 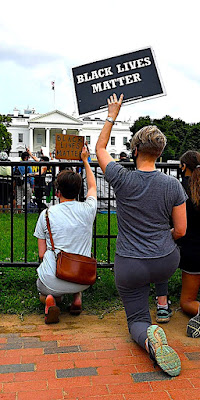 The great divide
We are living in very scary times. As I write
this protestors across American have been
aggressively making their voices heard. As
sadly aggressive and destructive behavior
was also unleashed. Who knows where the
night will end? Will cooler heads prevail?
These crowds are as diverse as the cities they
are happening in. White, black, hispanic, all
representing the real America. Meanwhile in
Washington D.C. the White House went into
lockdown mode. As Donald Trump claimed
he didn't mean what he had said. His weak
excuses ample proof a compromised leader.

Point of no return
Change starts at the top. Hence this crisis is yet
another opportunity for Mr. Trump to rise to the
occasion. To inspire and motivate all involved
to work together to change for the better. While
not an easy process, facilitating such a seismic
shift requires bravery, honor, and dignity. Three
character traits that Mr. Trump lacks. Time and
again he has proved unable to inspire anything
more than hatred, animosity, spite, and discord.
Reason enough to end his role in leading this
great country for another four years. Donald
Trump must be held accountable for his crimes
against freedom, equality, and justice for all.
Posted by montanaroue at 4:00 AM