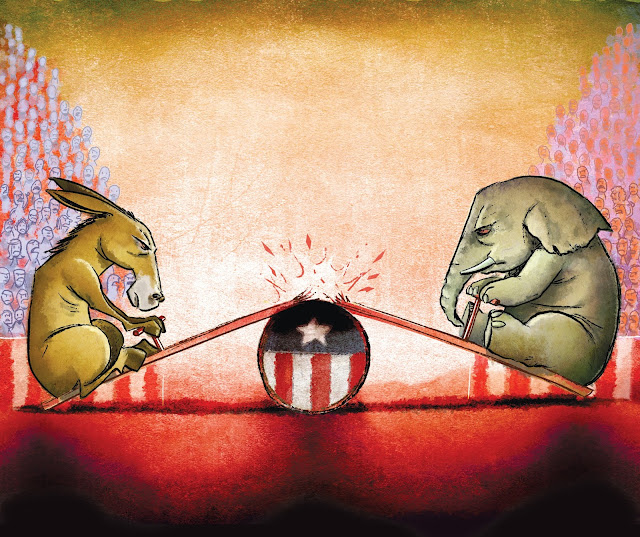 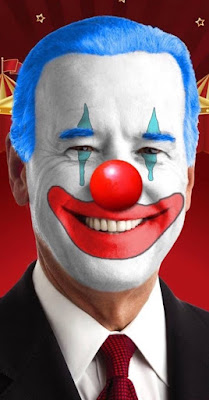 Clowns to the left of me
Recently a friend forwarded a missive full
of political opinion. From a source that I
consider oriented to the right. So I googled
said media organization. Post reviewing a
plethora of rating services I confirmed that
it was deemed "far right" and thus not totally
factual in it's opinions. Next I checked out
several of my tried (and theoretically) true
news resources. CNN was the exact opposite.
"Far left" but aligned in that it too was again
deemed skewed when in relationship to fact.
A quick review of Fox News proved to be
"far right" with questionable facts at best. 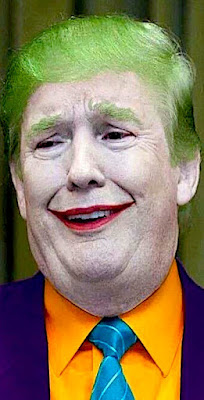 Jokers to the right
So who are we to believe? Those who speak
our minds and thus reinforce our opinions?
Or those who edify, educate, and enlighten
no matter the consequences. A quick review
of the New York Times, Wall Street Journal,
and Washington Post showed that two placed
"left center" while the third fell firmly in the
"right center." However all three scored high
on FACT based reporting. Which reinforces
my "gut" that it's best to trust the "papers"
versus opportunistic television empires. All
of the above proving that it's no wonder we're
so confused. And often just plain wrong! 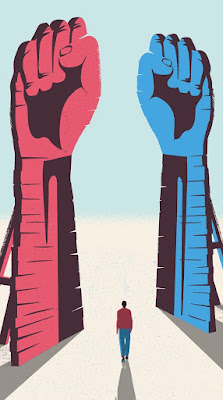 Here I am
Which is why I've decided to do my best to
stay somewhere near the middle. Balancing
both sides of the story. Doing my homework
prior to expressing an opinion. For all of my
friends on both sides don't assume that means
I won't continue to comment of Mr. Trump
himself. You see, my issues have more to do
with his personal behavior, lack of morality,
and just plain lies. All of which I see and hear
myself on a daily basis. While I'll continue to
take Mr. Trump at face value, I going to try
my best to NOT jump to conclusions. And
maintain a balanced fact based perspective. 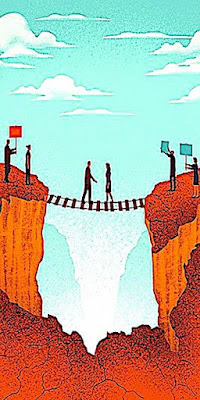 Stuck in the middle with you
In the end I want ALL Americans to win this
November. Meaning that rather than be mired
in a political schism that can't ever be filled -
I'll attempt to straddle the battle. To find some
form of common ground. And most important
do my part to resolve our political differences.
While we won't always agree, I'm confident we
have more in common than one might assume.
Once Rush Limbaugh and Rachel Maddow are
put in context you may watch Sean Hannity
while I stare at  Anderson Cooper. But let's all
agree to meet somewhere in the middle. Which
is wherever the facts take us. Imagine that...