Overture
Throughout our current President's term and
the year he spent campaigning prior I came
to one conclusion. Never assume it can't get
worse. The endless swirl of rumor, innuendo,
and outright falsehoods has kept almost all
consumed with his antics. A purposeful game
of smoke and mirrors insuring that few if any
of us kept a careful watch over Mr. Trump
and his cohorts. Recently the Covid 19 crisis
has been an effective distraction. Enabling
the administration to gut environmental law,
attack the Affordable Healthcare Act, and
skew the judiciary to the far right. 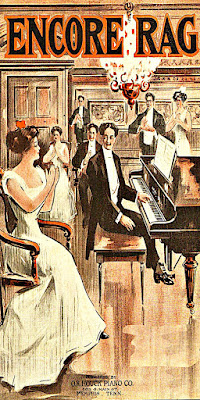 Entr'acte
Yet that's not the worst of it. As Mr. Trump has
blatantly refused to adhere to his health expert's
advice, William Barr - his Attorney General let
Michael Flynn off the hook. Not only a blatant
political move but an outright miscarriage of
justice. However rather than focus on that, the
news ignored said gross negligence and instead
focused on Mr. Trump's viral tomfoolery. Which
not only endangers our collective health, but
threatens democracy itself. And so... like the
musicians on the Titanic the band plays on. To
a melodic rhapsody of Mr. Trump sniping at all
reporters as he snubs the truth. 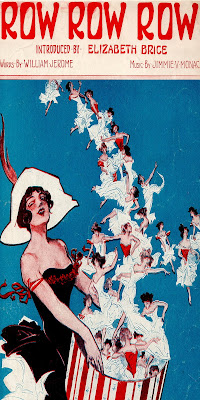 Postlude
All of which has me wondering why I'm so
easily baited by Donald Trump's cocktail of
racism, lies, and political bias? Am I really
that dumb? A foolish liberal unable to see
the forest for the trees while wallowing in
a pit of purposeful deception? There is one
thing I completely agree with Mr. Trump on.
Which is that "fake news" is our new reality.
But the man himself, our President, is the
source of said artificial intelligence. And his
fraudulent words, deeds, and actions have
one purpose. To insure we don't see what's
happening. And if that isn't evil, what is?!