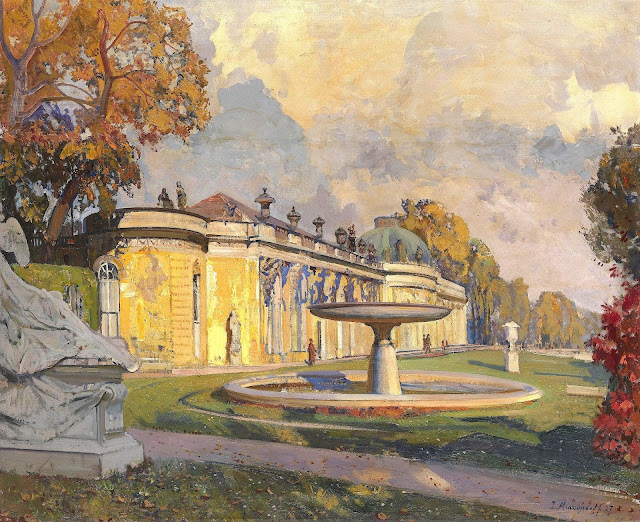 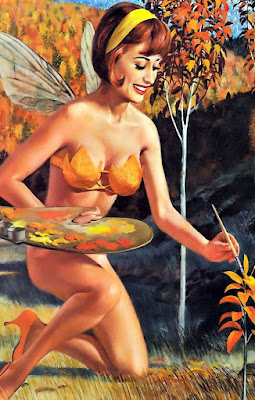 Trunk show
Today is October first. While most of
us are more than enjoying summer like
temperatures, there's no question that
autumn is looming upon the horizon.
Here in Lewistown Montana, our trees
have turned. The resulting colors are
in contrast to our bright blue, sun filled
big skies. As of now it's all glorious.
However any Montanan knows that all
too soon Mother Nature will cleanse her
palate and prove who's boss. Given the
end is near, most locals are doing their
best to enjoy the weather while it lasts. 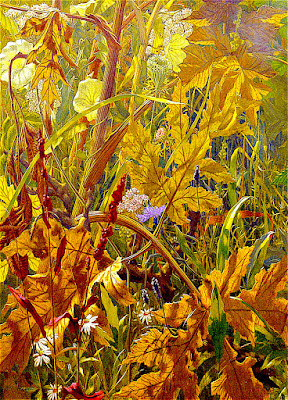 Over and out
Frank is the gardener in our family.
Thus for most of the summer he's
been out and about. As the summer
progressed so did my hay fever. All
of which meant that for much of the
last month I've been medicated and
housebound. Fortunately about two
weeks ago we had a hard frost. Now
that most of the pollen has settled,
I'm actually able to exit the premises
and lend a hand. While certainly not
the typical yard boy, I'm trying to do
my best. Which means I totally suck. 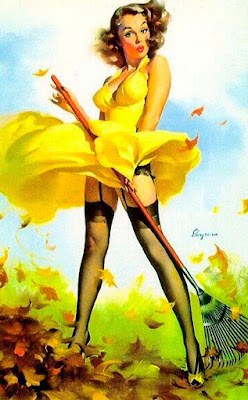 Blow hards
As you may recall, last year we purchased
our first leaf eater. One of those strap on
contraptions that deftly blow one's leaves
into a mound and then just as easily suck
and mulch them to oblivion. Quickly we
came to love that little sucker. However
within a day our newfound friend literally
had a melt down and almost immediately
stopped dead. Having learned our lesson
we subsequently purchased a bigger and
better model. Therefore a year later we're
ready to blow this pop stand! Hence our
plan is to not leaf any evidence behind us! 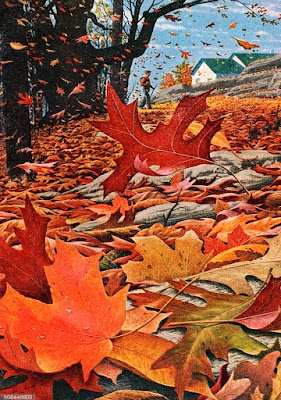 Undercover agents
While still in the midst of an urbane
renewal, it's time to turn over a new
leaf. Our front yard may have grass
yet our backside is still a dirt filled
morass. However nothing is stopping
us from our goal trying to keep things
tidy. Within the next few weeks our
rear will finally be covered. Which
requires that we provide a firm and
leaf free foundation. Thus we've both
been out there picking up the mess.
And I might add more than enjoying
communing with the great outdoors. 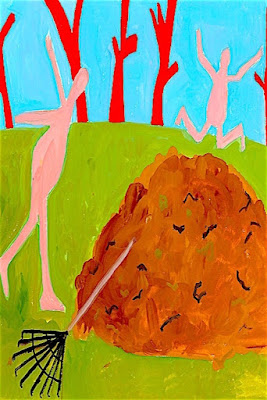 The sunshine boys
Much like a newly released prisoner,
I'm relishing being back amongst the
living dead. While most definitely not
a manifestation of pioneer stock - I do
enjoy time spent al fresco. Even if we
can't as of yet loll upon our still to be
installed brick terrace, we can at least
stand up to the elements while the sun
still shines. All too soon it may snow.
And once the leaves become a sodden
mess it's tough to pick up the pieces.
The end is near and so this weekend,
we'll attempt to be "rakes" once more!
Posted by montanaroue at 4:00 AM