STRAIGHT FROM THE HIP 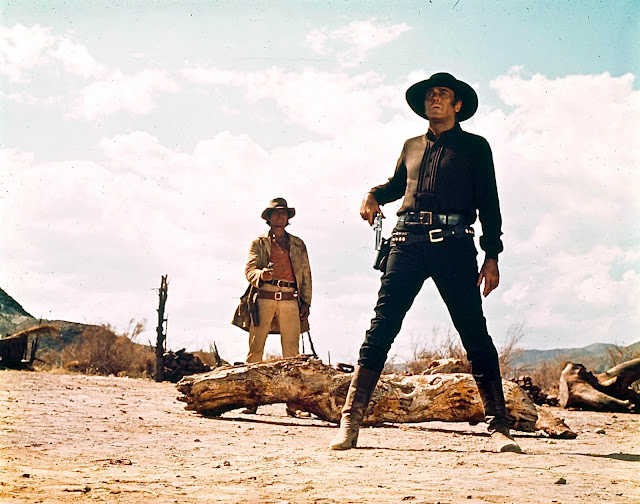 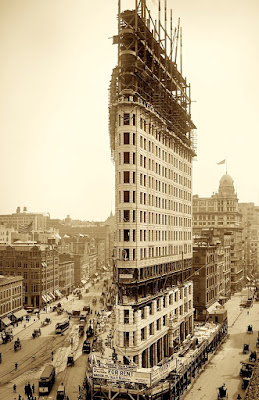 Past imperfect
As it always has been, Manhattan is a
frenzied mix of the past, present, and
future. Constantly under construction,
all things new invariably usurp most
of what's old. Hence even if one has
been there, done that, all that one once
loved could be gone forever. Venturing
back to the scene of one's youth may
be illuminating, yet facing reality is
humbling. So far on this trip one thing
has been confirmed. And sadly that is
that I'm not HIP. Well, at least not in
the way that hipsters define being cool. 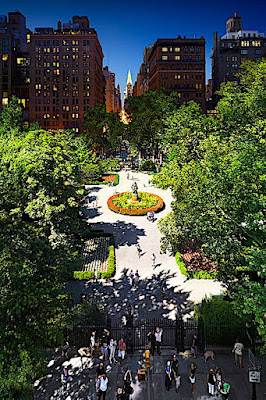 Private party
Our hotel is located next to the historic
Gramercy Park. For all of my life I've
wanted to enter that private jewel of a
green oasis. After we finally got a key,
we unlocked the gate and stepped into
the city's best kept secret. A verdant
vestige of times long gone. While our
hostelry is also deeply rooted in New
York's past, it's now considered one of
the city's most modern way stops. Each
night it transforms into a gathering spot
for the young and restless. Or as in our
case, the old and disenfranchised. 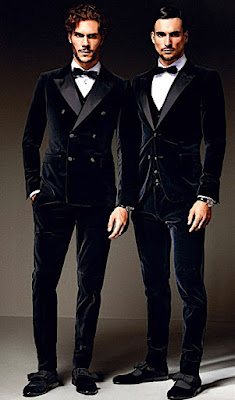 Down and out
Post nine p.m. the management dims
the lights, turns up the volume, ignites
a sea of candles, and blocks all forms
of access. Ominous gents clad head to
toe in black stand poised to insure that
only hipsters enter their inner sanctum.
Unlike those beefy bouncers at Studio
54 who judged those worthy enough
to dance under the moon, they're more
akin to secret service men. Yet in truth
they didn't scare us old guys given they
resembled recent high school graduates.
Talk about the blind leading the blind... 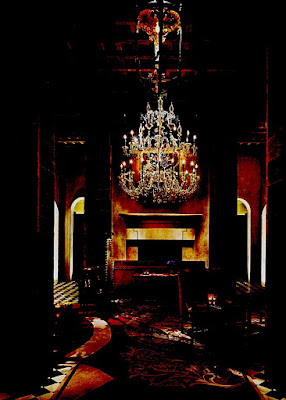 The dark side
As someone of an advanced vintage,
I absolutely appreciate low lighting.
There are few more beneficial ways
to mask the ravages of time. Which
is fine until one must find an elevator
call button that is hiding somewhere
within said black hole. Being forced
to grasp at shadows while bumping
into furniture isn't very cool. In fact
it's blatant age discrimination. If for
no other reason that such subterfuge
insures that we older folks lose our
way. Or give up and stay at home. 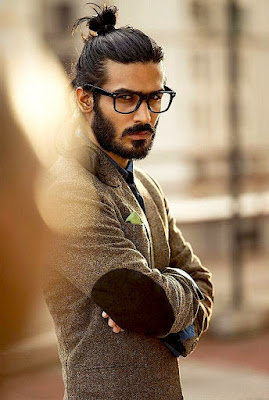 High and mighty
Manhattan has always been a bastion
of youth. A place where anybody with
guts, fortitude, and panache can make
their dreams come true. However the
older one gets, the more ruthless said
competitive arena becomes. Today it
seems that every young lady towers at
six feet while weighing twelve pounds.
Their male counterparts are equally as
skinny yet appear even taller. However
often said increased stature is due to an
unkempt man bun perilously perched
atop their head. How sexy is that?! 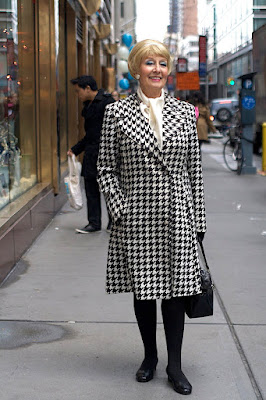 Comfort zone
Apparently an advanced state of
anorexia plus an overabundance
of hair defines what's hip. Hence
those who've gained girth, shrunk
with age, or lost hair are deemed
passe'. That explains why many
mature New Yorkers hibernate in
neighborhoods that are the urban
equivalent to adult communities.
For example, the Upper East Side.
There within matrons easily rise to
the occasion by wearing Belgian
shoes rather than six inch stilettos. 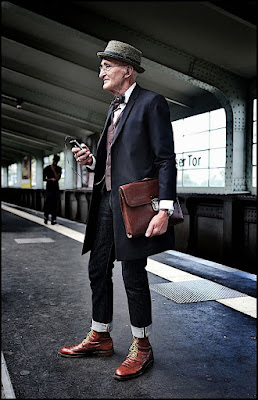 The end of the line
Coming to grips with the fact that one
is no longer cool is akin to a hot flash.
Bothersome yet familiar. Most of us
old folks learn a few lessons along the
way. Therefore we've no need to prove
ourselves. With age comes a level of
self confidence that few young folks
can even fathom. At this point we've
got nothing to prove. Having traveled
long and hard to get there - the only
hip I'm liable to still have may soon
be a candidate for replacement. And
if so, then that's just fine with me.
Posted by montanaroue at 4:00 AM