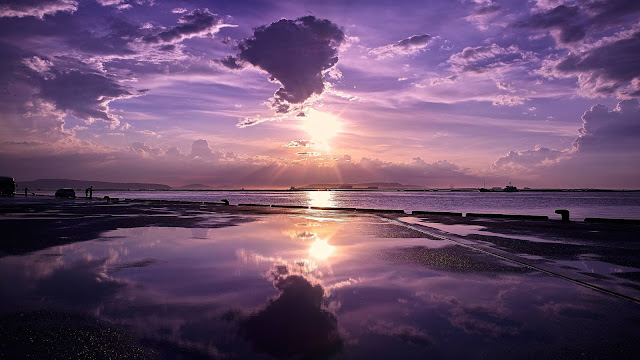 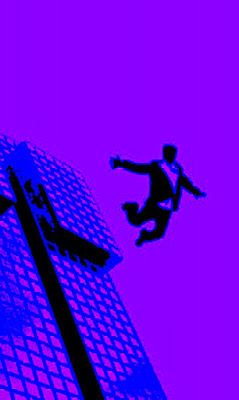 Lavender hill gang
I must admit that over the last few days
the political mania has literally put me
over the edge. The wrangling, yelling,
finger pointing, scandal, revelations,
and denials were beyond distracting.
To the point where I could barely sleep
through the night. How does one combat
such obvious insanity? It has become so
ludicrous that at times one feels as if we
are all players in a horrific reality show.
Or if one wants to be chi chi, characters
in a Fellini movie. Beyond surreal one
can only ask when is this going to end?! 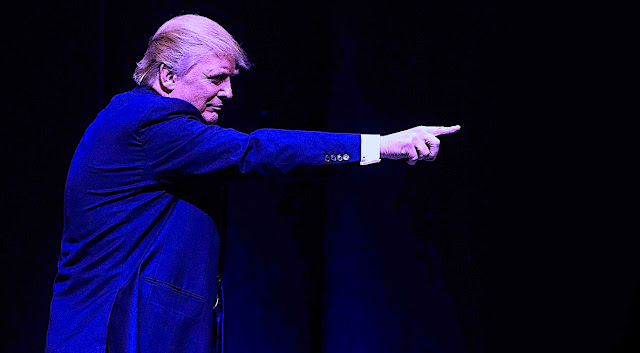 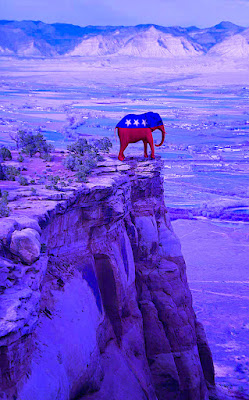 Purple people eater
Fortunately it seems that everybody feels
the same way. Who can't wait for Election
Day to come and go? Thus whatever side
one falls on, we're at least aligned on one
thing - ENOUGH IS ENOUGH. Then all
of a sudden I had an epiphany. Could we
be more aligned than any of us realize?!
Whatever one chooses to believe morally,
politically, or ethically - the majority of
Americans have come to the conclusion
that something is VERY wrong with our
political process. And that it's time that
we put an end to ALL of this foolishness. 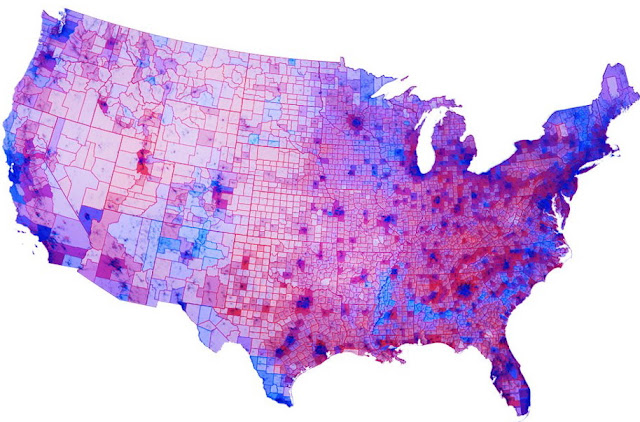 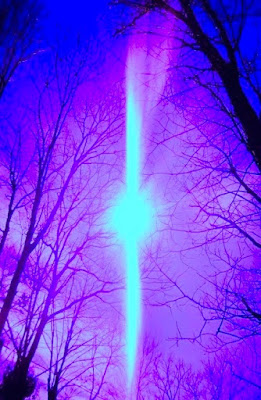 UV raise
Which brings me to this conclusion.
Rather than limiting our existence to
red or blue states, many are migrating
to somewhere in between. From far
right or uber left... we're morphing
into ULTRA VIOLETS. Few of us
fall into one distinct category or the
other. In truth the majority of us are
an amalgam of individual opinions,
experiences, and perspectives. Thus
rather than being a ruby red or a true
blue we color our worlds in a range
of tones from lavender to aubergine. 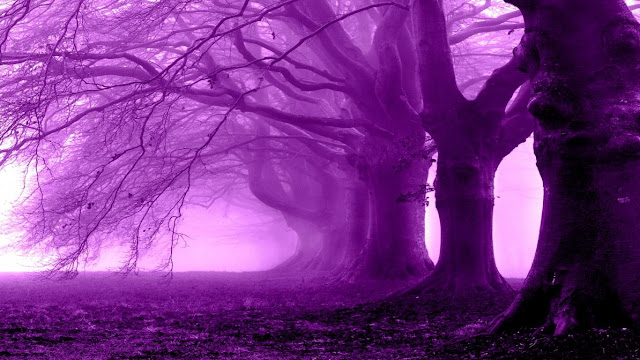 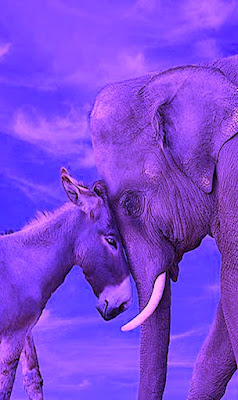 Complimentary colors
What drove my change in perspective?
For several days I watched the political
debacle unfold on-line, Facebook, and
the TV. Seeing such foolishness made
me wonder who could possibly support
such insanity? Could my friends on the
rouge side vote for said rogue?! Knowing
what they stand for, personally, morally,
and spiritually it seemed impossible that
they would cross over to the dark side.
And while even now I don't know how
they'll vote, I know in my heart of hearts
that deep within they have purple souls. 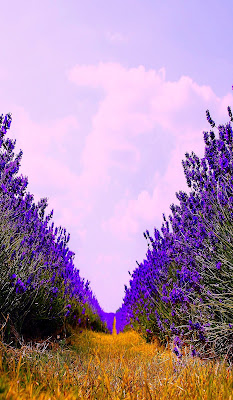 Passion fruit
Growing up in the most Republican of
homes, my father definitely bled red.
As a WASP I followed in my father's
footsteps which included voting for
Ronald Reagan. However the more that
I saw of this world, the further I veered
from the right to the middle and finally to
somewhere on the left. The fact is we're
all a moving target and the more we see,
the more we learn. And said journey of
illumination has taken me down the purple
brick road to a better place. Thus most of
us are virtually impossible to color code. 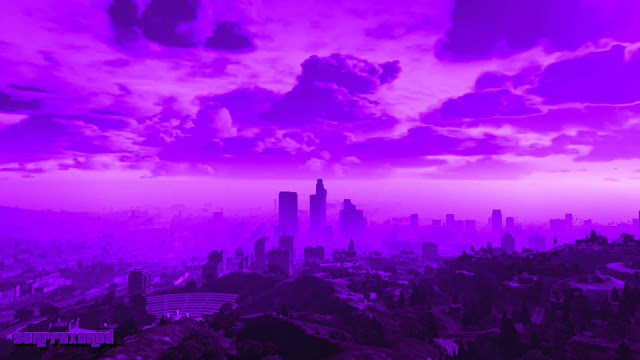 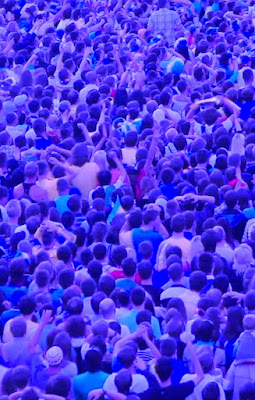 Purple reign
Said realization has left me in a purple
haze. Theoretically if one throws off a
violet aura they're in a very good place.
Hence my hope is that if nothing else
this torturous turmoil has brought us
through hell, fire, and brimstone to a
happy ending. One where we all can
now embrace our diversity rather than
rigidly align with one versus the other
colored viewpoint. America by it's very
construct is a melting pot. Thus when
you mix red, white, and blue you end
up with some shade of the color purple.
Posted by montanaroue at 4:00 AM