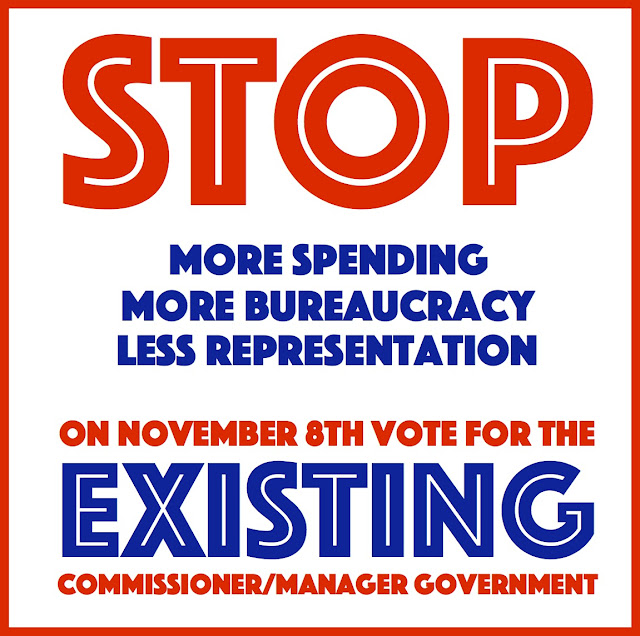 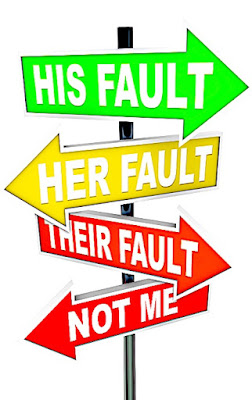 Where do we go from here?
One would think that we've all had
more than enough mixed messages
during this political season. Yet
those who live here in Lewistown
are being subjected to a plethora of
platitudes about proposed changes
to our local city government. Said
onslaught of missives, posts, signs,
and ads all suggest that a "MAYOR"
form of government is the only way
to insure "ACCOUNTABILITY".
When in fact such subterfuge could
could not be further from the truth!

"EXISTING"
The fact is our "EXISTING" Commissioner/Manager form of government
places SEVEN elected City Commissioners at the helm of our community.
Each and every one of said elected representatives is "ACCOUNTABLE"
to the voters who put them into office. Among their primary responsibilities
is to hire, manage, and support a paid City Manager who works for them
and therefore is "ACCOUNTABLE" to every resident of Lewistown.

"ALTERNATIVE"
The proposed "ALTERNATIVE" Commissioner/Mayor/CAO form of
government keeps SEVEN elected City Commissioners in place. BUT
the addition of an ELECTED MAYOR usurps their ability to manage
our city government. Said Mayor "MAY" hire/fire a paid staff "CAO"
or Chief Administrative Officer - whose role/responsibilities parallel
those of the current "City Manager". Beyond the status quo, said new
"ALTERNATIVE" form of government just adds an elected MAYOR
who will along with the existing SEVEN City Commissioners also be
"ACCOUNTABLE" to each and every resident of Lewistown.

The proposed "ALTERNATIVE" form of Lewistown City Government consists of SEVEN elected City Managers,
plus ONE elected Mayor, who "MAY" hire/fire a paid
Chief Administrative Officer (City Manager) at will. 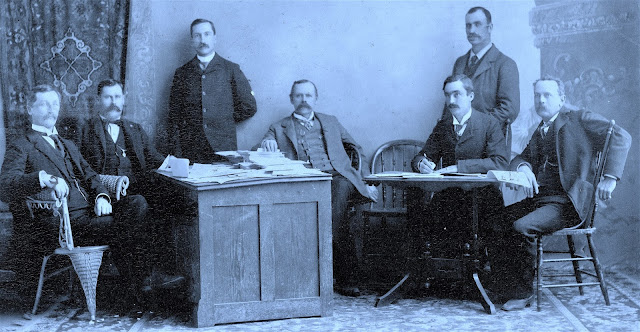 MORE OR LESS?!
So why be concerned? As detailed in the "ALTERNATIVE" government
charter, the proposed "ALTERNATIVE" restructure adds one additional
layer of bureaucracy plus the related salary and expenses associated with
compensating an elected Mayor. All while reducing the authority, scope,
and role of the SEVEN elected City Commissioners as relates to hiring,
managing, and firing a "Chief Administrative Officer" and all of his/her
direct reports. Thus the proposed "ALTERNATIVE" simply adds ONE
NEW MAYOR while reducing the impact of our current SEVEN elected
and already "accountable" City Commissioners.

The proposed "ALTERNATIVE" adds an unnecessary
MAYORAL layer, additional salary, further expenses
and increased bureaucracy while eliminating the ability
for our SEVEN elected City Commissioners to be held
"accountable" for the day in/out leadership and functions
of our local government.

SAFETY IN NUMBERS
Nobody is arguing that "ACCOUNTABILITY" should be a key element of
any governmental process. However one might suggest that if the citizens
of Lewistown truly want to hold our leaders "ACCOUNTABLE" then we
must proactively engage in the governmental processes of this community.
Therefore the best way to insure "ACCOUNTABILITY" is for each of us
to step up and vigilantly participate in our "EXISTING" local government.
We don't need MORE elected officials. Given there are about six thousand
residents in Lewistown, that's more than enough to keep us ALL in line!

SAY NO TO INCREASED BUREAUCRACY,
ADDED EXPENSE, AND LESS REPRESENTATION!
On the November 8th ballot vote for the
"EXISTING" Commissioner/Manager form
of local (i.e. Lewistown City) government.
Posted by montanaroue at 4:00 AM