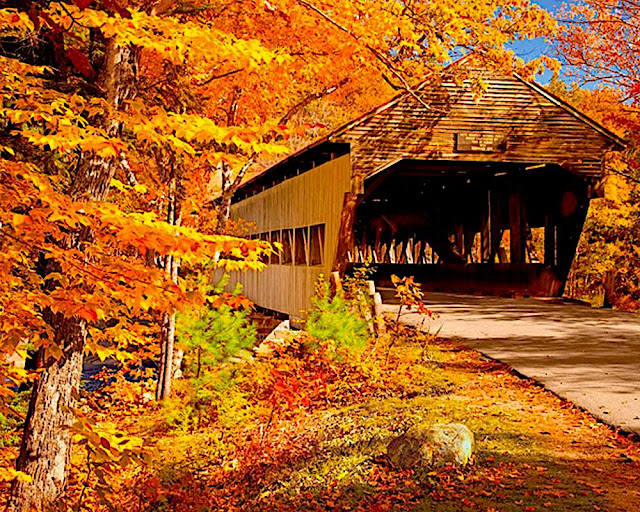 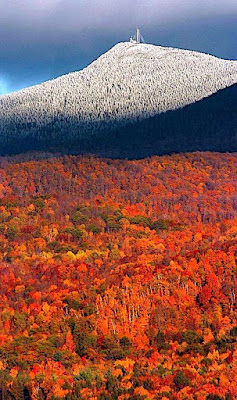 My colored past
Yesterday the street sweeper picked up the
last of our fallen foliage. Proof that autumn
is over in Lewistown, Montana. Therefore I
thought I'd closed this year's chapter on the
fall season. Then a friend posted the picture
shown at left. There was New Hampshire's
Mount Washington ablaze of autumn glory
as it's frigid peak loomed above. And all of
a sudden I was reminded of what fall used
to look like back east. Which left me more
than nostalgic for my colorful past. A time
when maples, oaks, elms, and hemlocks all
brightened one's outlook before winter fell. 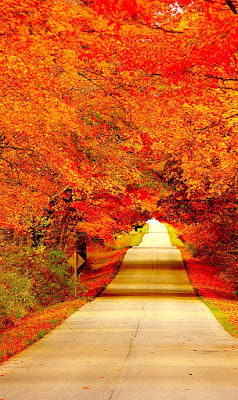 Road less traveled
Easterners enjoy their limited perspective.
They've no idea of what life is like beyond
their rarified realm. Upon informing my
Mother I was moving to Chicago her only
response was "Isn't that somewhere to the
left?" Metropolitan myopia aside, autumn
in New York or New England cannot be
matched elsewhere. In Illinois it came and
went in a yellow and brown haze. As it did
in Minneapolis, Columbus, and even here
in central Montana. Whereas in Dallas, the
only indication that it was autumn was if
a random leaf drifted into one's pool... 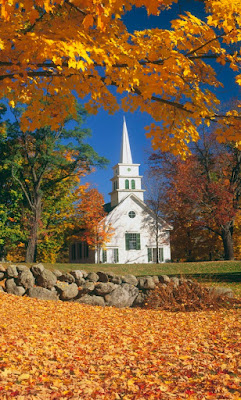 Spoiled rotten
The rest of the country has no idea of what
they're missing. I appreciate the little color
we get in Lewistown yet it's NOTHING in
comparison with nature's vivid display way
out east. It's mind-blowing riot of orange,
red, and yellow lines each byway while it
covers every hill and mountain. For two to
three weeks said vivid display dazzles as
the sun shines above in a bluer than blue
sky while Indian Summer warms your soul.
Thus from the very start of life  my autumn
perspective was rather skewed. In essence
it spoiled me to a point of no return. 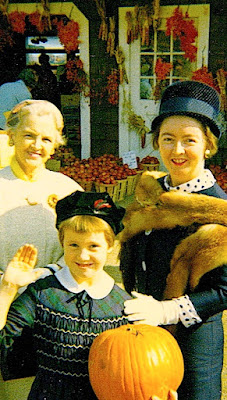 Farm fresh
As a tot we adhered to rituals related to the
season. That included an annual pilgrimage
up Chestnut Ridge Road to the Tice (shown
right) and Van Riper farm stands. In those
days post a roast chicken or beef dinner we
often took a Sunday drive into the "country."
Upon arriving out in the boonies we bought
a bevy of pumpkins, gourds, Indian corn,
and cornstalks to decorate our manse. Yet
my most vivid memory is of warm donuts
and freshly pressed cider. All enjoyed while
standing in the autumn sun along the side of
the road lined with fellow urban escapees. 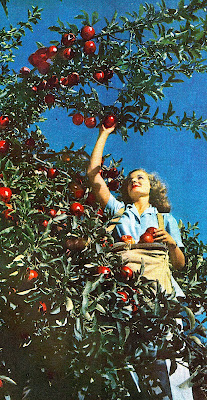 Past perfect
Sadly like most things of my youth said sylvan
spot has been replaced by a "lifestyle" center.
The older one gets, the more tenuous the links
between past and present grow. While change
is inevitable, accepting that what one held dear
has evaporated is sobering at best. Which now
causes me to wonder whether those orchards
that once lined highway 9W as it wound it's
way north are now suburban subdivisions. As
I recall, my young family and I often took that
same route to pick apples. Is that fond memory
now but another rotten relic of times long gone?
Which bodes the query - can we ever go back? 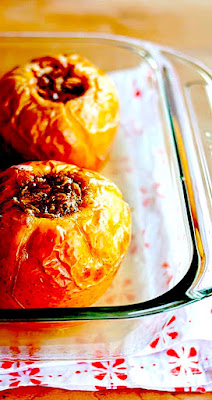 Blossoms in the dust
Given we're on an evolutionary journey one
wonders if our past was ever truly as good
as we recall. Could it be that sipping cider
amidst the fumes spewed from a flotilla of
gas guzzling land yachts wasn't in truth all
that pleasant. What made it seem so special?
In our youth everything is new. Hence the
memory of that first baked apple covered
in cream comes from a virginal viewpoint.
The older one gets, the rarer the occurrence
of something new or different. Thus it's no
wonder that as time goes by, our attitude
becomes more jaded as memories blossom. 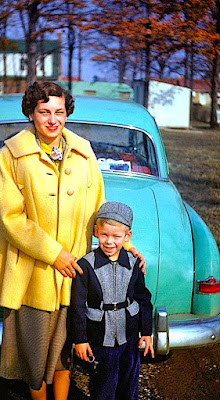 The fall of mankind
Being more than comfortable in my advanced
state, I've no desire to revisit most of my past.
Possibly because along the way I've benefitted
from both good and bad times. And yet, part
of me wishes I could go back and feel as safe
as I once did nestled in my father's arms. If
youth is wasted on the young, the blessings
of sharing memories from one generation to
another enriches all of our lives. And while
it may not seem all that important to us old
folks, someday all of the little things we've
forgotten will be cherished by those who we
love. And isn't that what life is all about?