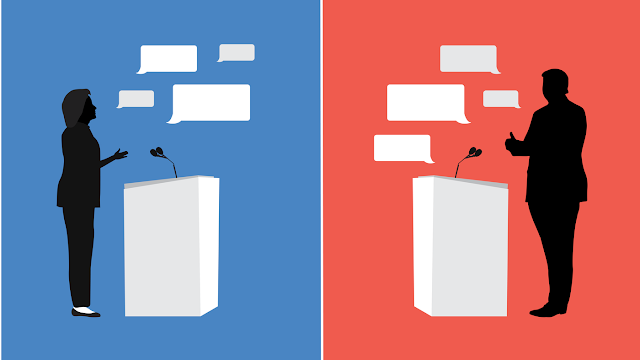 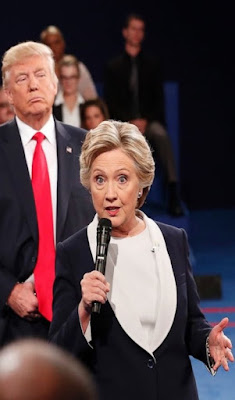 He said, she said
Last night's debate is proof that some things
are best left unsaid. Unlike our two battling
candidates, most ultimately find a way to
kiss and make up. Which should be the end
result of such a discourse. By definition a
debate is a formal interaction. The ground
rules of which are respect, decorum, and
courtesy. Sadly we've had to suffer through
three interactions where at least one of our
potential leaders rejected that premise. And
thus what should have been the sharing of
differing perspectives ended up a shameful
knock down, dragged out brawl. 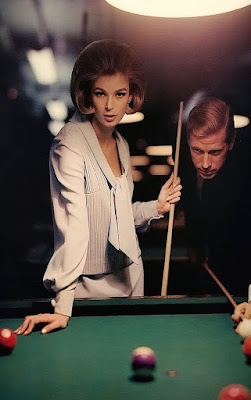 Good sports
Most of us remain rather civilized. Instead
of duking it out, we're capable of having a
conversation, listening,  and then reaching
our own conclusion. One of life's greatest
gifts is YIN and YANG. Each of us bring
something to the party. Most marriages
survive because one or the other balances
the other. Thus a blending of dramatically
different strengths and weaknesses creates
a much better whole than two stand alone
elements. Meaning that without differing
perspectives we wouldn't get anywhere!
Which seems to be where we're headed. 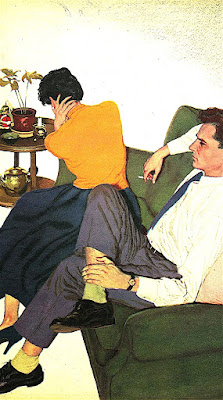 Terms of endearment
While it may take one to know one, two of
a kind rarely create the perfect partnership.
Opposites inevitably attract. Therefore most
couples spend their first few years together
wrestling for power. While some consider
such arguments a sign of marital issues, in
truth such disagreements bring two closer
together. Slowly we learn to leverage each
other's strengths and weaknesses. Obviously
some of us struggle with letting go. Yet the
benefits of detente far outweigh any give or
take. Proving that two are better than one!
That is except in politics it would seem... 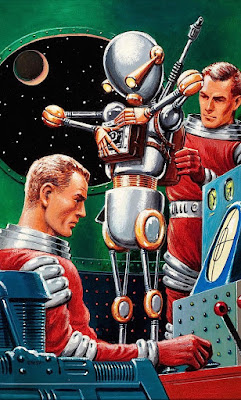 Mission control
Romantic alignments start with passion
only to ultimately evolve into friendship.
After a period of adjustment each comes
to appreciate the other's quirks. Happy
couples celebrate their differences. And
that in my opinion the primary factor that
creates the strongest bond. At this point
nobody knows me better than Frank does,
and hopefully visa versa. Even if we don't
adore every aspect of the other we know
how to work around our challenges. The
way to get to that common ground is via
unconditional love and commitment. 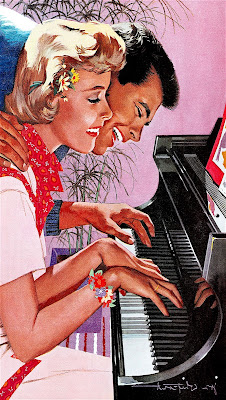 Keynote address
Not everybody can do just that. That's why
some marriages fail. One has to accept that
many of us make mistakes. Meaning that no
matter how two try - their union may not be
up to the challenge. In the cases where the
chemistry is right - perseverance and NOT
martyrdom seems to be the primary fuel for
long term success. In the spur of the moment
it often seems that quitting is the easiest exit
strategy. However starting afresh is NEVER
easy. Thus better the devil one knows (and
loves) tends to be the smartest approach.
And the longer two are one, the better it gets. 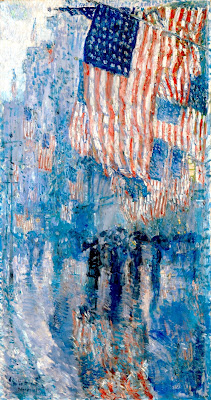 Safety in numbers
If only our friends in Washington could learn
from their mistakes. Each side battling the
other for control has gotten us no where. Sore
losers lashing out at rightful winners will only
deepen the divide. At some point we have to
accept that we're stuck with each other and
hence must make the best of things. Along
with you I'm counting the days left until this
election is over. However that will be just the
beginning. Once the dust settles, those who
are left must clean up the mess and hopefully
join together to build our future. Yin or yang,
TOGETHER WE ARE STRONGER!
Posted by montanaroue at 4:00 AM