A GUY WALKS INTO THE BAR 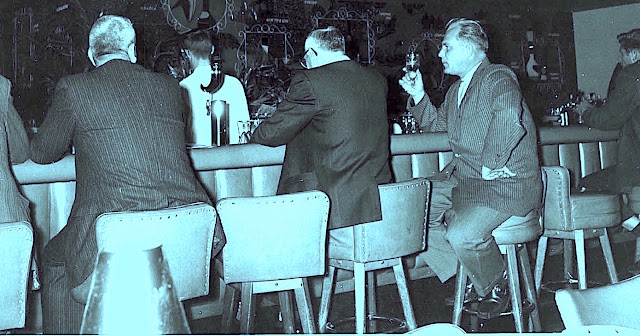 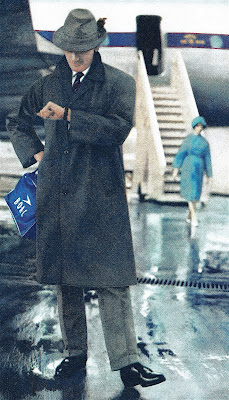 Transit pass
For the past few days I've been on the
road. Traveling solo for business is
challenging enough. However having
to journey from one isolated place to
another equally far off site is circuitous
at best. Having been down this road a
bit before theres little one can do accept
reality. At this point in life I've nothing
to prove. Therefore I do my best to try
and make the process of getting from
here to there as easy as possible. After
all the truth is I've little control over my
destiny beyond hoping for the best... 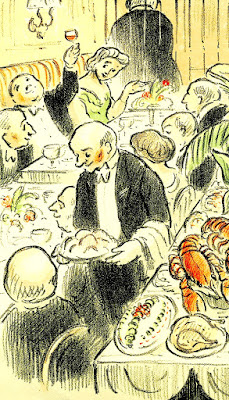 Off the menu
In my youth I couldn't wait to hop in a cab
and explore a new metropolis. Upon arrival
I already had a table booked at the hottest
local eatery. Hence food was always a key
checkoff on my itinerary. Now that I'm a
bit older and wiser, my preference is to dine
either in my room or perched upon a stool
in the hotel bar. Both have their merits.
Little is more relaxing than dining a la
carte in the privacy of one's boudoir. Yet
solitude can be lonely. And depending on
what's on the television, boring. Whereas
something is always happening at the bar! 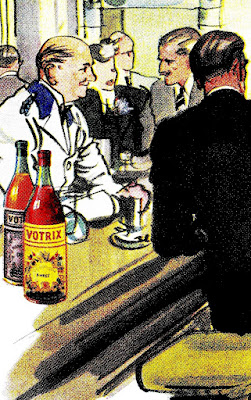 Bar none
The last three nights I've sat and supped
at various hotel bars. Each repast was
accompanied by several Manhattans,
or glass of wine, along with a dramatic
display of human nature. All of which
are more entertaining than the boob tube.
My first evening was fairly uneventful.
On my left sat a couple who'd obviously
been married for quite some time. Thus
they sat in complete silence. No chit chat.
Both peering at their respective mobile
devices. Leaving this innocent bystander
to question, WHERE IS THE LOVE?! 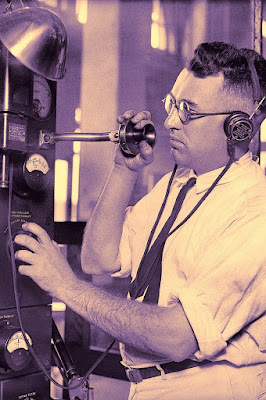 Public announcement
Apparently the use of technology lulls
it's user into a world of their own. No
wonder people freely scream into their
phones in public. Last night a rather
handsome young man spent the bulk
of both of our meals talking on his
speaker phone. Such a public display
of dialogue left it virtually impossible
NOT to eavesdrop. On the other end
was his soon to be former spouse. And
quickly one became familiar with the
details of the divorce agreement they
were in the process of negotiating. 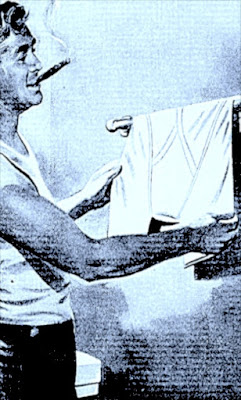 Brief encounter
Why anybody would spread out their
dirty laundry upon the bar top is far
beyond my sense of dignity. However
soon I knew exactly where she stood
and was attempting to drag him along
for the ride. Frankly, it wasn't pretty.
Most of the conversation was spent
tussling over their ten year old son.
Her demands were not only unfair,
they were unfathomable. Yet the man
on my left behaved like the perfect
gentleman. Leaving me to think...
son... the WORST is yet to come! 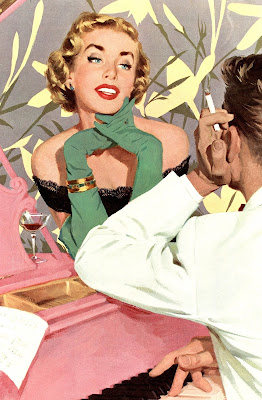 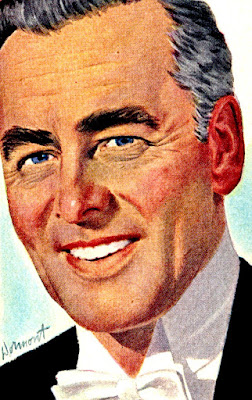 Over and out
Speaking of blowhards, theres always
at least one at every bar besides me.
Some big shot who feels the need to
vociferously posture for all to hear.
It's amazing the things people spew
within earshot of all others. For some
reason they feel the need to divulge all
sorts of highly confidential information.
As the evening progresses, said tidbits
become juicier with each round ordered.
If I've learned anything it's that we live
in a very small world. Hence the less
said, the better. It's called restraint... 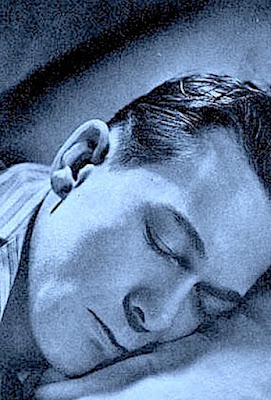 Night cap
Invariably I find that I can only watch
such a spectacle for but an hour or so.
Long enough to devour a wedge salad,
a six ounce and very rare filet, plus a
bowl of ice cream. As I sit in silence
it's easy to be quickly lulled into a state
of suspended animation. Add liberal
doses of libations and soon I'm ready
for bed. Thus within sixty minutes I
retire to my lonely room. Being amply
self medicated insures a good night's
sleep. And so goes the journey. All
proving theres no place like home.
Posted by montanaroue at 4:00 AM