Who doesn't love a sausage? 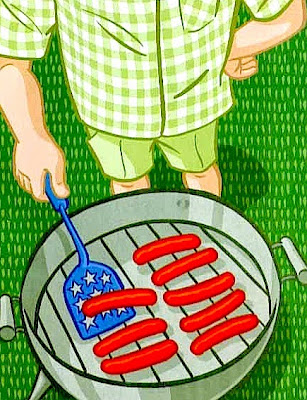 The missing link
Double entendres aside, there's
nothing as good as a big, juicy
sausage. Given yesterday was
the kickoff of the grilling season,
I had several! In theory peasant
fare, said amalgam of ground
meat, fat, and seasonings is one
of my favorite foods. First of all
because they're so tasty. Equally
due to the fact they're so easy.
Finally if I must put something
that large and long in my mouth
it had better extremely satisfying! 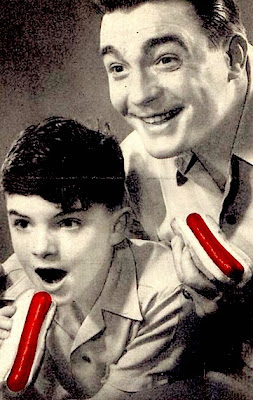 Bump and grind
Many of my lady friends seen to have
an aversion for sausage. Part of their
issues seem to be the fact that nobody
quite knows what goes into the stuff
that fills said casings. Frank's nephew
"J" has been making sausages, salami's,
and other varieties for years. Far better
than anything that anyone can purchase
commercially, I'll admit that it's better
that we don't know what they're made
off. That said - anything that tastes that
good can't be bad for you... can it?! Or
should mystery meat be off the menu? 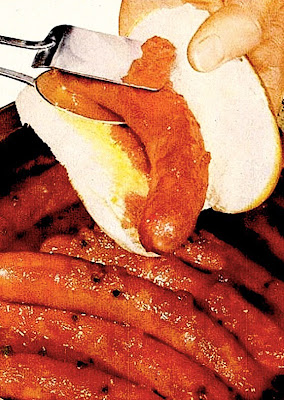 It could be wurst
With a few exceptions, I rarely ate
sausage growing up. New Yorkers,
my parents enjoyed hot dogs. The
precursors to "fast food" they were
sold on almost every street corner
in Manhattan. Many a hot summer
night Mother would opt to let our
local delicatessen do the cooking.
Hence we would dine on gigantic
Knackwurst. Basically hot dogs on
crack, they were beyond delicious!
Plus some slaw and a heaping side
of potato salad of course... 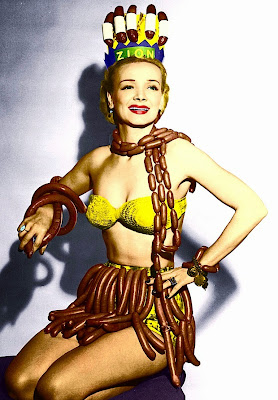 Where's the beef?
We all grew up hearing horrific tales
of rats falling into the hot dog factory
machinery. Fact or fiction, I've always
been careful about who's wiener I put
in my mouth. Long before "organic" -
we only ate 100% beef Kosher dogs.
Given some Rabbi had blessed said
mess, it had to be pure. Upon moving
to Chicago I tried to embrace their
native approach. Pickles and celery
salt aside, I still preferred only catsup.
After all, why ruin a perfectly good
SCHWEDDY WIENER?! 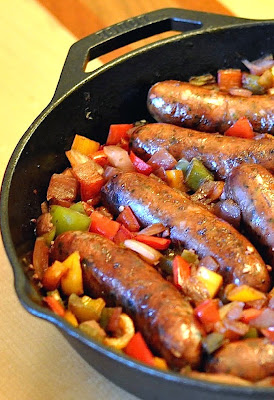 Local color
My ex wife's late Uncle Jon was the
first to let me gnaw on his Italian
sausage (and peppers). Since then
wherever we've lived my challenge
has been to find the best locally made
Italian variety. I'll admit that at times
it's been rather hard. However there
is a big difference and ultimately
love triumphs. Our favorite pasta
dish includes ground sausage Italiano,
chopped kale, minced onion, lots of
olive oil, and toasted pine nuts. All
sprinkled with Parmesan! MANGIA! 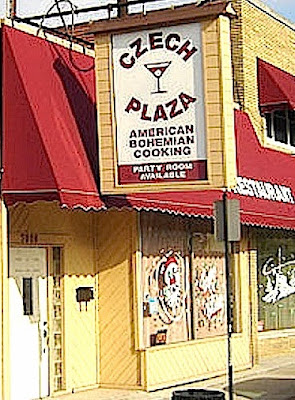 Czech it out
I couldn't imagine a better partner
given Frank's lineage has close ties
to sausage. His Mother is Italian
whereas his Dad is Czech. Living
in Chicago, we often journeyed far
far south to Berwyn where there
was a large Czech community.
There we would purchase and ship
sausages a la the homeland back to
Montana. However nothing was as
good as nibbling on a fresh sausage
in the car on the way home. Talk
about a taste of Chicago! 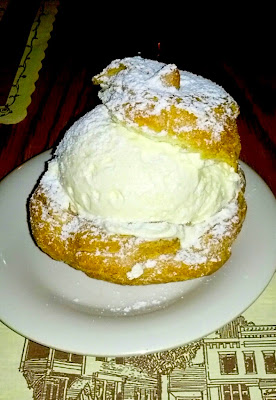 Puff, puff
Living in Columbus Ohio one of
our favorite haunts was Schmidt's
Sausage Haus. It's vast sausage
buffet was heaven on earth. Filled
with many encased varieties, there
was also mounds of sauerkraut, red
cabbage, spaetzel, and the like. Yet
there was one stuffed goodie that
I truly adored. Their GIGANTIC
cream puffs filled with what can
only be described as satisfaction.
Sadly, even after I'd had my full at
Schmidt's - I still hated Columbus! 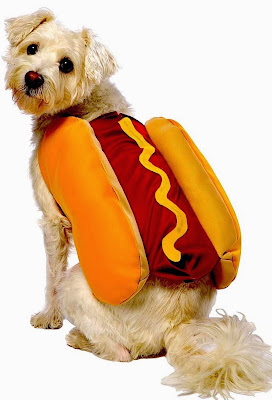 Gone to the dogs
Some of us are simply old fashioned.
For many reasons I'll never embrace
any of those nouveau chicken types.
In my opinion, the only apple that
should be allowed near a sausage is
apple sauce. Like most food fads,
I'm confident that turkey and tofu
dogs will be passe' gone before I'm
finished. Ultimately what's old is
new. That must be why even today
I still adore "tube steak" fried in
butter. What better proof that you
can't teach an old dog new tricks!