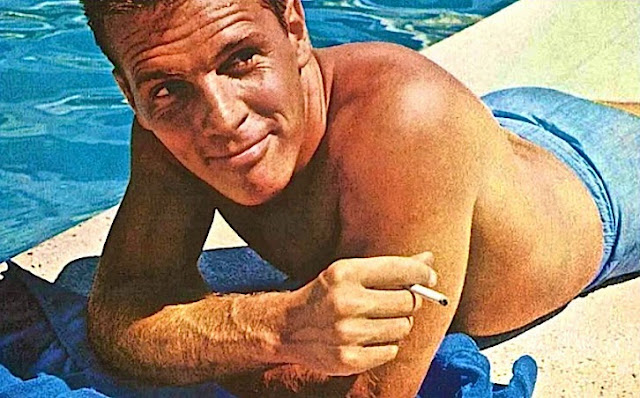 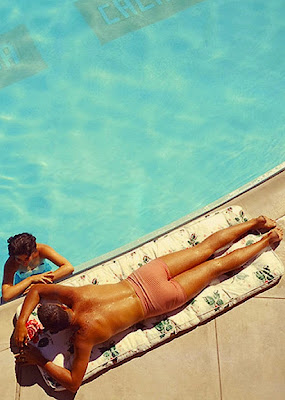 Light bright
Like that little girl in Poltergeist -
all I've ever wanted was to "come
into the light." Whether due to a
gross Vitamin D deficiency or not,
basking in it's UV rays makes me
feel happy, relaxed, and warmed
to the core. However  like most
things in life - too much a a good
thing is bad for you. While many
throughout my life advised to stay
away from the heat - I didn't listen.
Instead I baked, bubbled, boiled,
and burned without ever thinking. 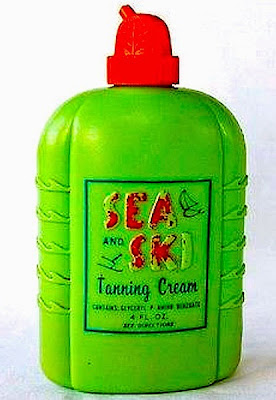 An ounce of prevention
Born almost albino - I am definitely
a white boy - literally. Hence life was
a beach. As a tot this fair haired boy's
skin barely saw the light of day. Well
before I hit the surf Mother slathered
me with Sea & Ski then added a hat
and coverup. Whereas the other kids
along the shore were brown as nuts,
I was pale as a ghost. So enshrouded
in preventative measures I attempted
to frolic or sat under the umbrella. No
wonder as soon as I was old enough to
rebel - I burned every bridge possible. 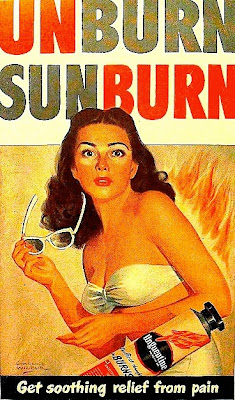 You're getting warmer
We all want what we can't have. Thus
all that I craved was a dark, lustrous
tan. For years that meant bout after
bout of burns as I attempted to become
a brown nose. I took massive doses of
nutritional supplements that in theory
would facilitate a proper bake but to no
avail. Finally I discovered self tanners
and tanning beds. And before you knew
it, I found a way to get as dark as any
fair haired WASP man could get. What
I didn't know then was that ultimately
it would all catch up with me. 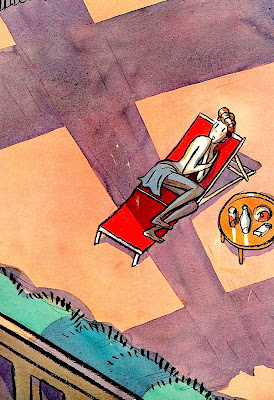 Mother's day
My Mother also loved the sun and
once I left the nest - she hit the beach.
For many years post retirement my
parents had their days in the sun.
Then Mother discovered an odd spot
and went to the dermatologist. She
had skin cancer. Post aggressive
surgery that included removing
lymph nodes, the balance of her life
was somewhat shady. Some learn
from the mistakes of our parents. Yet
I thought I was invincible. My line
was "I'd rather die young and tan." 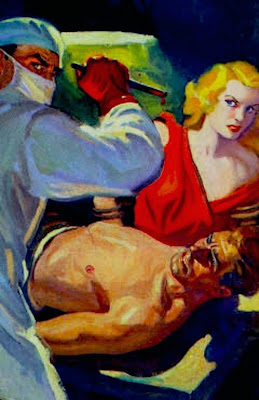 Slice of life
What goes around comes around. Over
a year ago I finally had to face reality.
After visiting my dermatologist the
error of my rays were diagnosed as non
life threatening. However they had to be
dealt with or else bad could get worse.
Post having most of my torso scraped -
a lifetime in the sun was removed. The
result of which are about eight highly
unattractive scars. Part of me thinks
that if I tanned they'd look a bit better.
But after that ordeal I now realize that
it's better to sit it out in the shade. 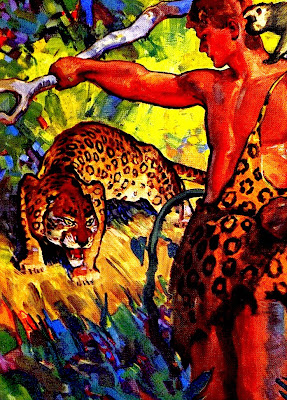 Hot spots
Did I learn my lesson? Absolutely.
Some us must learn the hard way.
Like it or not I now live with the
residual impact of my time in the
sun. While some enjoy a touch of
leopard - sporting said pattern on
one's forehead and hands is truly
not all that attractive. Hence this
leopard can't change his spots and
my skin is if nothing else a record
of times past.  Hence for now on,
the only sun for me is an hour in
the morning light of our sun room. 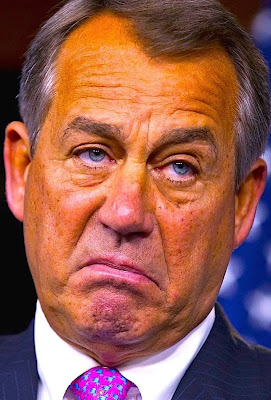 Dark horse
Today's blog is a word of warning. Sun
worship is bad for you even if it feels
good. While a tan looks great as you're
strolling the beach, back on the job it
can look more than a bit foolish. Faux
man tan while safe is not the answer.
The fact is all else pales by comparison
with the real thing which is sadly not
very good for you. Therefore I suggest
that before you pop into the spraying
booth you watch CNN. At least one
conservative is not afraid of global
warming... and that's more than scary!
Posted by montanaroue at 4:00 AM