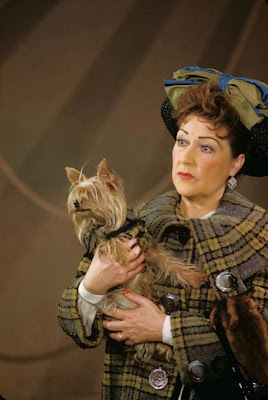 Sing out Louise
To quote Ethel Merman as Momma
Rose in Gypsy - "you either got it
or you ain't." Some women naturally
have what my Mother called "pizazz."
Somehow fate served them a huge
helping of charisma in their DNA
cocktail. Whereas most have to work
up a sweat to work the room, these
lucky ladies are naturally fabulous.
All they have to do is arrive and the
world lights up. Yet as with most
things that come too easy, as time
passes even the brightest stars dim. 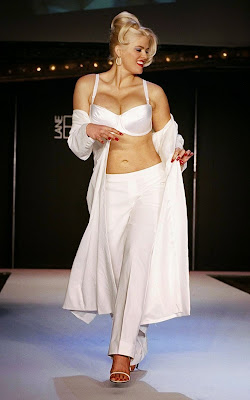 Doin' what comes naturally
I've had the pleasure of working with
many famous ladies. The one thing
that they all had in common was their
humanity. The fact is stars are people
just like us. Yet somehow they stand
out and that difference enables them
to rise above the fray. Be it smarts,
looks, wit, or all that and more, they
are if nothing else magical creatures.
However even a godlike deity can
make mistakes and fall from favor.
But even at her worst a fallen star
like Ann Nicole Smith was dazzling! 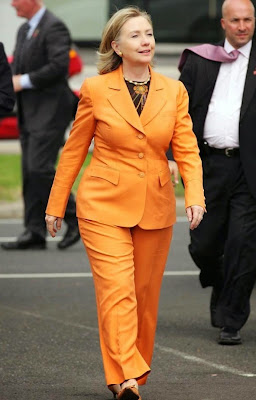 Who wears the pants?
Consider Hillary Clinton who has had
her share of disasters. Like her or not
she's oddly alluring. Rather than play
the dutiful First Lady, she aggressively
took an active role in her husband's
Presidency. When scandal tainted her
marriage and his administration, she
bravely stood up for the man who had
done her wrong. Since then she moved
on to become a key player in the world
of politics. So much so that even in a
BAD pant suit, she might finally get
to wear the pants in the White House! 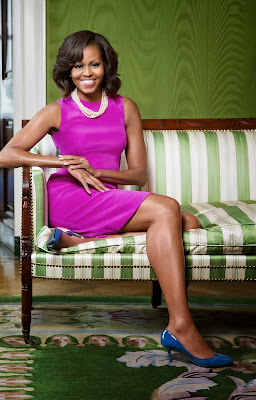 Some enchanted evening
Years ago I had to pleasure of meeting
a new and very young Senator and his
wife. While he was charismatic, his
lawyer spouse was equally if not more
dazzling. Michelle Obama stood out
in a room full of super stars. Her grace,
elegance, wit, and candor were quite
refreshing and totally unforgettable.
Since moving into the White House,
Michelle has handled veiled racism
and overt sexism with dignity and
aplomb. I can't wait to see what she
does next... maybe rule the world?! 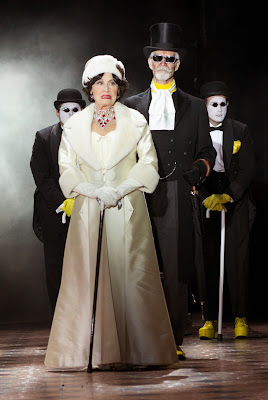 Singular sensation
We recently saw Chita Rivera on the
stage. Frankly the show that she was
appearing in wasn't the best. Upon
her entry onto the stage - it was as
if fireworks had exploded before
us! All Chita had to do was subtly
smile, turn her head, or simply stand
there and we were all ready to give
her a standing ovation. Sadly I don't
know that there are many of her type
within the younger generation. You
see, not only is Ms. Rivera smart
and beautiful, she's got TALENT! 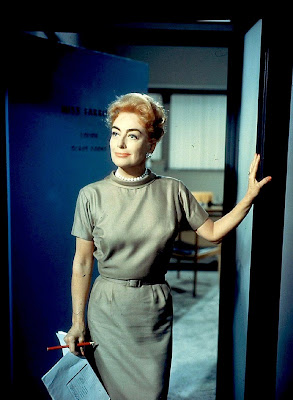 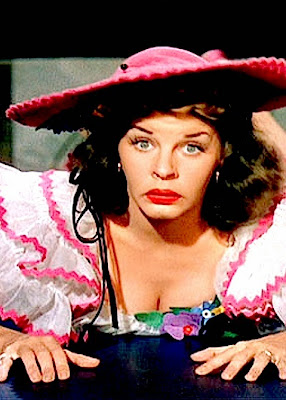 Personal appearance
Even if one never gets to Hollywood,
some of us stand out from the pack
no matter what. My friend "M" is
hysterically funny. For some reason
she never pursued stardom instead
entertaining those around for free!
"M" has a one liner for everything
hence being near her is always an
adventure. I adore people like "M"
who naturally have star power. We
should all be like her. If the world
is a stage, why shouldn't we strut
our stuff while there's still time?!
Posted by montanaroue at 4:00 AM