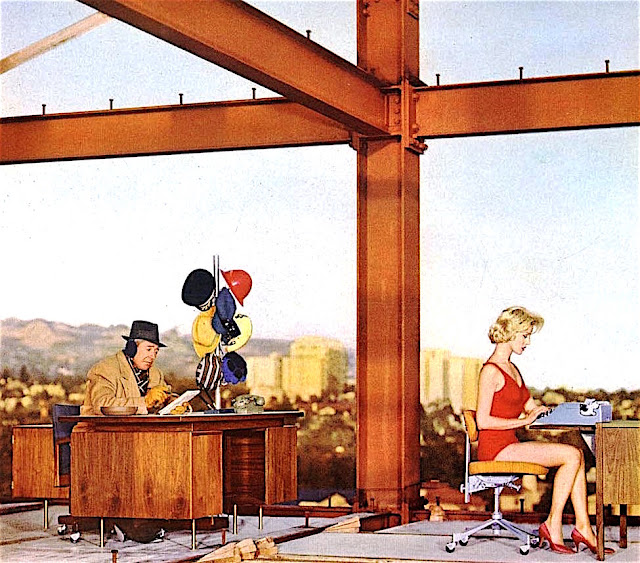 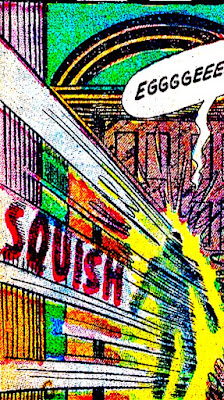 Odd man in the middle
The weather outside may be delightful but
the temperature within is frightful. That
describes Manhattan's transition to spring.
Along with blooming bulbs, April showers,
and colorful togs comes the most dreaded
of urban phenomena. Which is a complete
and total lack of temperature control. You
see, most mega buildings in Manhattan are
controlled by a central thermostat. Meaning
that you either boil or freeze given others
have the power to flip your switch. Which
leaves New Yorkers like me sweating out
the months between spring and summer...

Heat wave
Take our apartment for example. All winter it
has been quite toasty and warm. Which until
recently made both Frank and I rather happy
given we prefer to keep our thermostat set at
a level akin to an assisted living facility. Yet
as the temperature has risen outside, our heat
has continued to flow inside. Transforming
our apartment into the equivalent of an urban
sweat lodge. However our climatic challenges
aren't limited to home alone. Since moving
into my office in January, I've kept all of the
windows open given it's rampant radiators
were too hot to handle let alone tolerate. 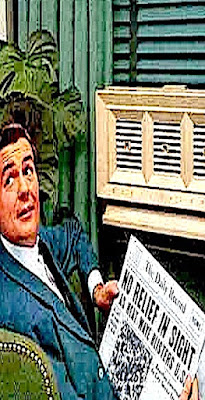 Chill pill
All of that is fine when it's below freezing
outside. However in such fluctuating times
as these it can be in the forties one day and
the seventies the next. Sadly much like this
blogger most of these massive Manhattan
buildings simply can't handle such climate
change. Meaning that often the best place
to be during a warm spring day is outside.
That is unless one wants to emulate their
Sunday chicken in the oven. Ultimately
this too shall pass as each building flips
over from heat to air conditioning. Which
means quite soon we'll all be chilling. 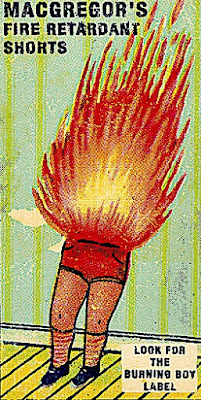 Hot stuff
Frank's nickname for me is "two temp." For
many reasons (most self-inflicted) my body
is climatically challenged. Meaning that I
run either hot or cold and rarely anything in
between. I'd hoped that my climatic issues
were related to "man-oh-pause." However
post consulting my physician a plethora of
tests showed that there was nothing wrong.
My dear doctor subtly suggested that my
girth could be the cause of my highs and
lows. Which could be solved by losing fifty
pounds. My flash back to him was chances
of that happening are far BELOW ZERO!

Cry me a river
Soon it will be summer and I'll be sweating
with the oldies. Nothing is more challenging
that being a fat man in the big city. As young
folks bounce about this town with ease, I'll
be trying to keep my head above water. By
the time I walk to the subway and then climb
up or down several fights of stairs, I'm but a
sodden soul. Hence by the time I reach the
office, I literally must cool off before being
even slightly productive. So was my doctor
right? Could limiting my intake lighten my
load and brighten my outlook? The question
is can I shed my dread before summer arrives? 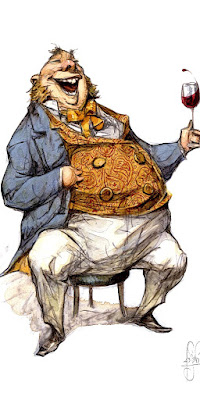 I'll drink to that!
At this point fifty pounds are easily within reach
(think one thigh). Thus I find the idea of losing
that amount of excess baggage beyond baffling.
Summer is the perfect opportunity to shed some
pounds given Frank will be back in Montana.
Which means I could just live on a liquid diet.
Not my normal Manhattans and Cote de Rhone
but rather a steady stream of Slimfast. I've done
it before and while certainly not the healthiest
of diets, it won't kill me. My only worry is that
once it's all gone winter will soon arrive. And
then I'll miss all of my extra padding. However
I'm starting to warm up to the idea...
Posted by montanaroue at 4:00 AM