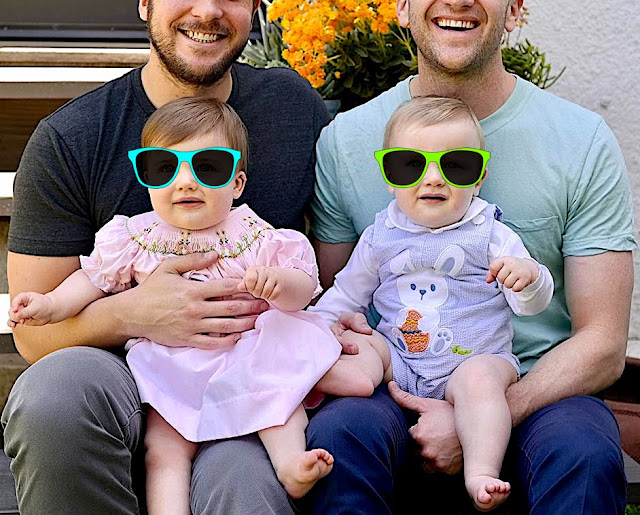 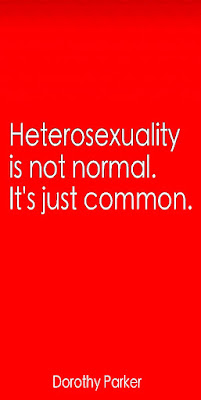 Face to face
I'll admit that I rarely scroll down on Facebook.
Mostly because I struggle with the reality of
some of my friend's support of quite conflicting
perspectives. Knowing them as I do, I obviously
"get" that most of them don't mean the things
they post. Yet at times it's all too confusing.
Too hard to deal with. And a bit demoralizing.
Then suddenly, something inspires. Yesterday
I saw this picture (shown above, "modified"
for privacy) of two buddies with their beyond
beautiful babies. A physical manifestation of
bliss. The perfect family. Who just happen to
be two married men, their son, and daughter. 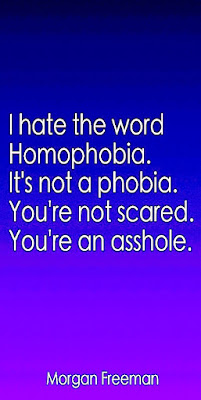 Dumb and dumber
However out there beyond the context of my
sphere of influence, many consider such an
image as visual proof of the destruction of the
traditional American family. But look at them.
Seriously... look... at... them. How can anyone
question such pure unbridled joy? From that
beaming image - what could possibly ever be
deemed proof of an evil hidden agenda? What
so clouds the perceptions of some that they
simply can't see the other's reality? I can only
attribute such hateful thinking to a total lack
of knowledge. Therefore the only way to usurp
stupidity is to educate the masses one by one. 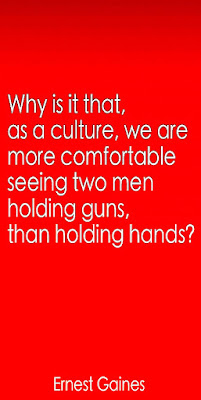 Closet case
I grew up in a world where the only gay role
models were Paul Lynde and Charles Nelson
Reilly. Two obvious over the top queens. Yet
I honestly didn't connect the dots until years
later. All that I knew was that I was different.
And that made me feel alone, isolated, and
a "bad" person. Back then almost everyone
did whatever it took to fit into preconceived
stereotypes. Smart women were forced to
do the dishes rather than change the world.
Black children were isolated as far away
from opportunity as possible. Hence I was
not the only one hiding - most of us were. 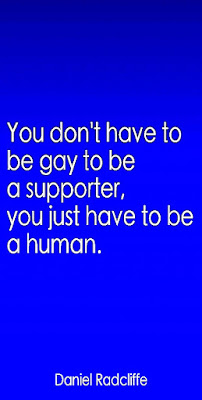 Crimes and misdemeanors
Over the past weeks I've watched two moving
motion pictures. "Loving" was about exactly
that. The problem was Mr. and Mrs. Loving
were a mixed race couple living in 1958 rural
Virginia. As if their jobs weren't hard enough -
the three incredibly smart ladies featured in
"Hidden Figures" battled segregation, bigotry,
and sexual discrimination. While such stories
seem hard to believe in today's world, many
never dreamed we would come as far as we
have. And yet, almost everyday the headlines
prove we've got much further to go. One thing
is certain, we can't (and WILL NOT) go back. 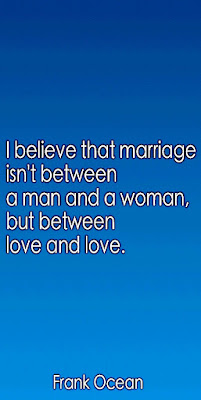 Love and love
Assuming that we humans are evolutionary
creatures by nature, it's understandable that
such seismic changes occur at a more than
sedentary pace. Slowly but surely people
see the light. However that can only occur
if  the bravest of us show them the way.
Therefore if one assumes the premise that
ignorance is the root of all evil, somebody
has to educate those less illuminated. That's
where people just like my friends and their
babies come in. Simply living an open life
filled with love teaches others that who you
love doesn't matter. All that matters is that
you love and be loved. Class dismissed!
Posted by montanaroue at 4:00 AM