PLEASE NOTE:
I wrote this blog two days before yesterday's air strike on Syria.
Our President's actions cause me to be even more concerned.
This is getting SCARY... 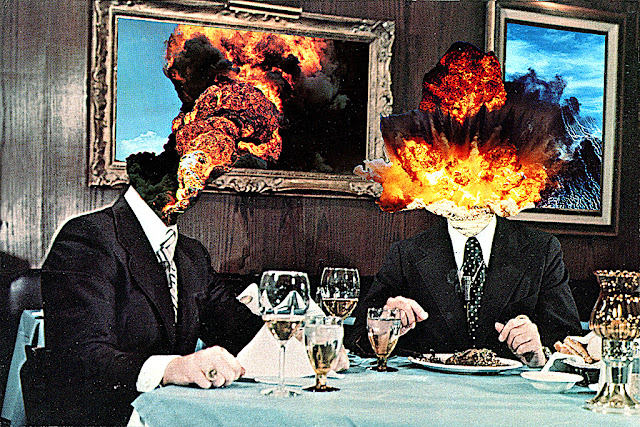 Blaze runners
Are you as confused as I am? Frankly the mess
going on in Washington D.C. has risen to such
monumental proportions that I struggle to even
fathom such a level of dysfunction. Arrogance
and ignorance are never the most advantageous
of combinations. Yet said dynamic duo seem to
be the key criteria for participation within our
democratic process. As of now we're in a swirl
which is akin to exactly where our world was
in the late nineteen thirties. A weak political
climate propelled megalomaniacs into power.
However when even they realized what a mess
the world was in - they simply declared WAR. 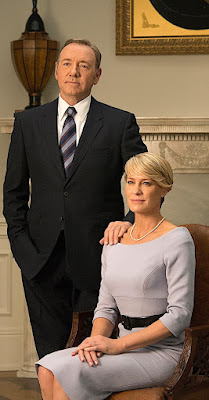 Alternative facts
War is now a distinct possibility. Fiction is
often prophetic. Hence I've been thinking
about Netflix's "House of Cards." If you've
never watched this political saga - YOU
MUST. The first four seasons chronicled
the circuitous rise of an evil Senator named
Frank Underwood. Ultimately culminating
in his assuming the presidency. Meanwhile
his Machiavellian wife Claire had her own
agenda. Which was to get his job. By the
last episode - they were in amidst a failing
election due to their own misdeeds. So to
solve their problems - they declared WAR. 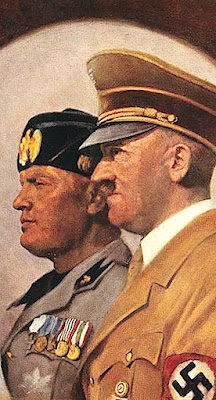 The enemy within
Who doesn't love fake news? I can't wait until
season five releases this May. However I must
admit that I find the reality that such a dark
fictional world too closely mirrors political
reality BEYOND TERRIFYING. Whatever
side you're on, it's fairly obvious our current
leadership lacks the ability to get anything
done. While some take pleasure in watching
Mr. Trump repeatedly fail in his efforts to
destroy freedom, others blame his inertia on
his enemies. My worry is where will this all
end? Will Mr. Trump retreat in defeat or in
his defense, send us all onto the battlefield? 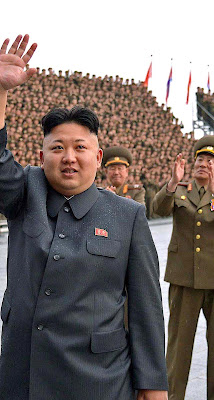 Crazy daze
Much like the political climate of 1939, we've
no lack for maniacal world leaders. Korea's
Kim Jong-un may be a comedic parody of a
dictator. However if he drops an atom bomb
the joke will be on us. The Middle East is a
tinder box just waiting to explode. Yet it's
not only Isis that we should be worried about.
Rather it's leaders like the Syrian President
Bashar al-Assad who willingly use chemical
weapons on their own people. The question
is what are we going to do about it? Actually
we the people have nothing to do with it. So
we worry about what Donald may do next... 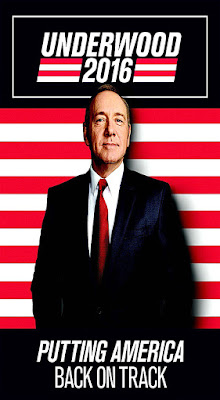 Stranger than fiction
I don't know about you but I'm terrified.
Given history inevitably repeats itself, the
chances are we could experience a rude
awakening at any time. All at the whim of
a leader who can't deliver on any of his
promises. Whats even sadder is that our
representatives are unable to handle a
confidential investigation or nomination
sans being torn asunder. One can't help
but think - "you can't make this up." Yet
we're witnessing a real-life political drama
that is beyond anything the fictional Frank
Underwood might encounter. It's surreal. 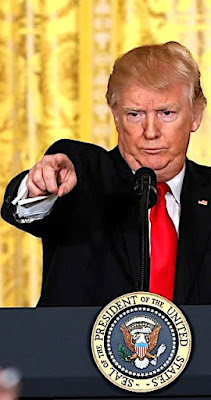 Firing line
Our reality is that we've handed over control
to a bunch of Bozos. All of whom have many
hidden agendas that could push their buttons
at any time. Do we realize that global disaster
looms in the wings? Whether we want to face
reality or not, our man in control appears to
be totally out of control. Plus theres a distinct
possibly that he's under the thumb of Vladimir
Putin. What's happening in Washington isn't
another reality television show. What would
happen if the next time Donald Trump utters
"you're fired" he's unleashing our nuclear
missiles? Stranger things have happened.