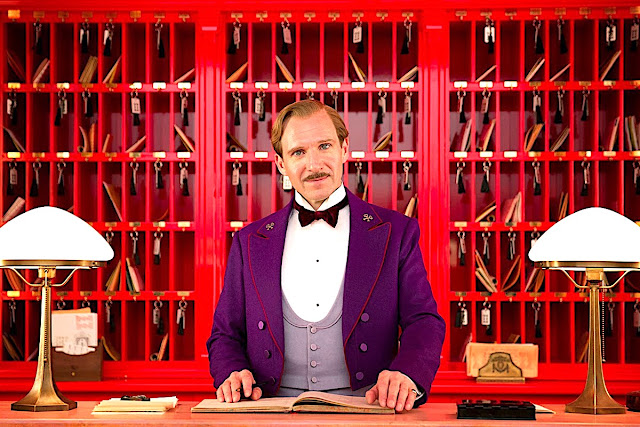 Checked out?
The other night we had a lovely dinner at
a nearby restaurant. During said repast the
service was flawless. From the moment we
sat down we were cared for, indulged, and
pampered. And possibly that's why our next
stop at a local drug emporium was beyond
dissatisfying. In modern times such as these
one tends to maintain rather low standards.
However post checking our list and filling
our basket we had a rude awakening. All in
the form of a cashier who at least in theory
should have been committed to satisfying
our needs. Yet sadly it was all about them. 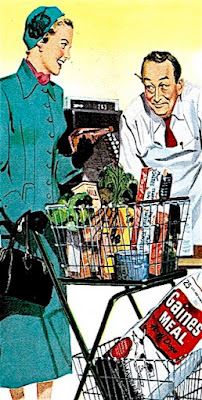 Hell in a hand basket
I'm not a prima donna. Yet when I spend my
hard earned cash I want to be treated with at
least some semblance of respect. Once we'd
carried our basket to the register, we set it on
the counter. The immediate response from our
cashier was "You'll have to unload that - not
me." Taken aback, I asked him what to do with
said tote once it was emptied. His response -
"return it back to where you got it" as he then
pointed to the far end of the counter. Irritated
but still a gentleman I did as I was told. But
post such an insult, my perception of a certain
retailer was altered forever. I was not happy.

Coffee, tea, or...
Most service organizations dedicate years to
carefully crafting their brand persona. But it
only takes one misstep to set them back to
far beyond their initial efforts. Take United
Airlines for example. The recent debacle of
a paying customer being forcibly removed
from their seat was more than awful. Yet it
was the organization's subsequent handling
of the situation that was even worse. Leaving
this somewhat loyal customer (with almost
a hundred thousand of miles in my account)
questioning if I'll ever fly the "friendly" skies
again. Why is the customer always wronged?

Role play
Listen, the art of working in any subservient role
is a skill unto itself. Most customers can be rather
tough and frankly... overtly demanding. Yet I'm
if nothing else a nice guy. Hence I'm willing to
put up with quite a bit before I reach my point of
no return. Thus even I'm surprised when someone
pushes me over that line. And once I've reached
a point of no return - WATCH OUT. So why not
give a paying customer their just due? How can
any business assume I'm willing to accept less
than what I paid for? Or is it simply that most
of the service industry has lost any semblance of
a servant attitude?! Assuming they ever had it.

Delivery service
Almost every successful business is built
on a foundation of customer satisfaction.
Marshall Field established a renowned
retail empire on this simple premise -
"Give the lady what she wants." Any act
of commerce is in essence an exchange.
You give me something and I pay for it.
However in today's world it's obvious
that few retail, hospitality, or service
organizations can deliver the most basic
of customer service. Ultimately that issue
has nothing to do with anything except
human frailty. Or pure unbridled laziness. 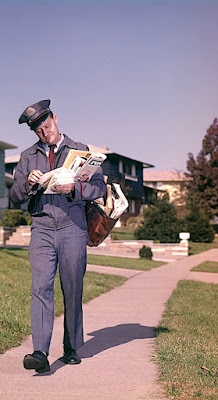 Exit strategy
When did we the people decide that serving
one another was beyond demeaning? It's quite
apparent that most of us prefer to be anywhere
but behind a cash register, carrying a tray, or
toting a mop bucket. Our collective challenge
is a talent pool thats drowning in disrespectful
rebellion. Therefore our problem is that those
stationed behind the counter resent having to
serve the public. Which this guy on the other
side of the deal finds beyond an insult. In the
end somebody has to do the work. So why
can't we work together to satisfy our needs?

Down and out
Shit happens and so the very act of cleaning
a toilet teaches one the importance of basic
maintenance. During said course of action
some find great satisfaction in the process
of cleaning itself. Others leverage such an
experience into motivation to do whatever
it takes to pay somebody else to do that job.
Finally, the smartest invent tools to make
the task at hand easier. Therefore even the
most basic of jobs can lead us down a path
to illumination. However if we reject any/all
exposure to such illumination - our system
of enterprise risks going down the toilet. Push and pull
Remember when one took pride in a job well
done? Moving up the workplace ladder was
the equivalent of jumping a series of stepping
stones. Each role taught us something. Every
job served it's purpose. Ultimately providing
the gainfully employed with an amalgam of
varied learning experiences. Sadly today most
young people want to skip that journey and go
straight to the top. Thus a glut of service jobs
are unfilled due to the applicants angst of not
being fulfilled. Which is a disservice to those
willing to pay the bill but to those willing to
get the job done. Why can't we all work it out?
Posted by montanaroue at 4:00 AM