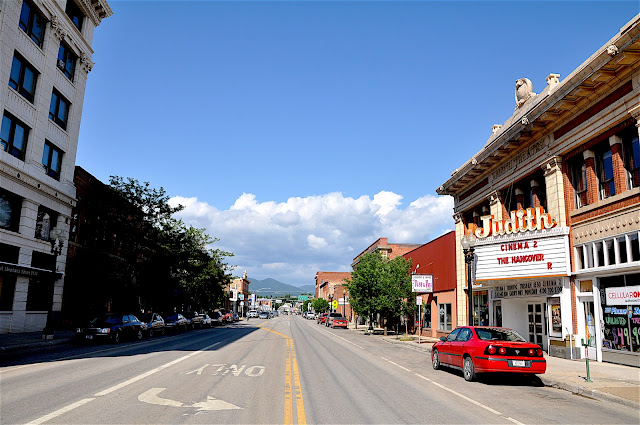 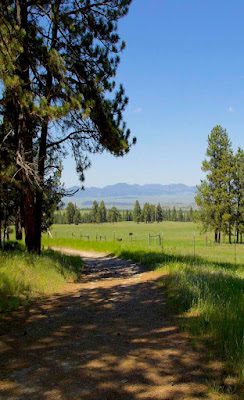 Off track betting
I recently took a short trip only to discover
just how far I live from almost everything.
Don't get me wrong, isolation can be quite
beneficial. One is assured that few if any
will drop in given it takes hours to drive
by. Beyond natural beauty and historic
charm there are limited options in town.
Hence most thrill searchers are inclined
to go anyplace but here. Finally everyone
who lives in Lewistown made a decision
to call it home. Meaning the majority of
locals are happy where they are. Which
may explain why many never leave town. 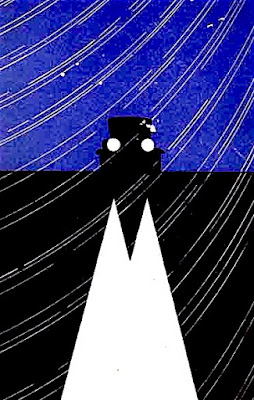 Far and between
Our collective challenge is that anytime
anybody local wants to go anywhere it's
more than a journey. The nearest airports
are at least one hundred miles far away.
Therefore one must drive two hours to
get far from town and somewhere else.
In addition if your flight is early or late,
you're safest best to stay out of town the
night before or after. Which either defers
your departure from or arrival home.
Hence much like the pioneers one has
to be willing to hang in for the long
haul. And trust me... it's loooonnnggg. 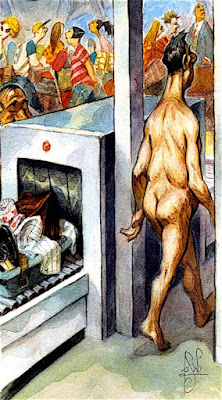 Safety in numbers
Once one gets to the airport the fun only
begins. Given our major airports are but
a shadow of larger metropolitan take offs,
at times the staff can be a bit over zealous.
Chances of a terrorist boarding in Billings
or Great Falls are few and far between.
Yet the TSA team are ever ready to get
their man (or woman.) Thus at least to
me it seems as if they're always on red
alert and more than willing to do a full
body search at will. And as they carefully
check my Birkin, I can't help but wonder
what might happen if they found anything. 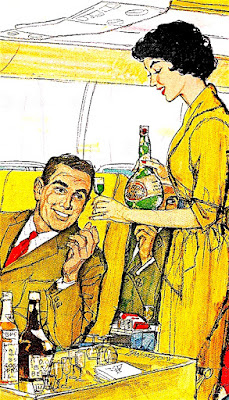 Free and easy
Gone are the days when travel was over
indulgent. Thus one has little chance of
being fed upon today's planes. However
some airlines now offer free beer or wine.
To be clear - my assumption is anything
thats free in Coach is better avoided than
consumed. Consider me jaded but in a
transient world where everything else
is an up charge - one can't help but be
suspicious of any gratuitous attempt at
hospitality. I think that anesthetizing
passengers increases their satisfaction
ratings. At least until the morning after. 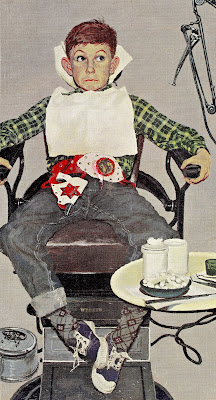 Wake up call
It's easy to understand why some suffer from
road rage. Getting from here to there is often
a circuitous process at best. Modern travel is
in fact a torturous transition versus leisurely
jaunt. No wonder few dress for the occasion.
Like sleepwalkers they dazedly wander the
terminals in what appear to be their pajamas.
Could it be that they've figured out that the
best way to reach one's destination is via a
state of suspended animation? Much like
during dental surgery, it's probably better to
be put out of one's misery than to remember
what actually transpired. Get the drill?! 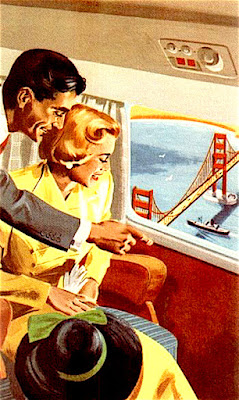 Happy landings
Somehow most get where they're going.
Well, that is unless there are mechanical
issues, the crew doesn't show up, or the
airline's host computer crashes. I've now
come to the conclusion that airlines are
like the Wizard of Oz - all smoke and
mirrors. The only thing that's certain
about hitting the road is that ultimately
most of us wonder why we ever left
home in the first place. Thus the next
time you even think about trains, planes,
or automobiles - surf the web instead.
Bon voyage and travel safely!
Posted by montanaroue at 4:00 AM