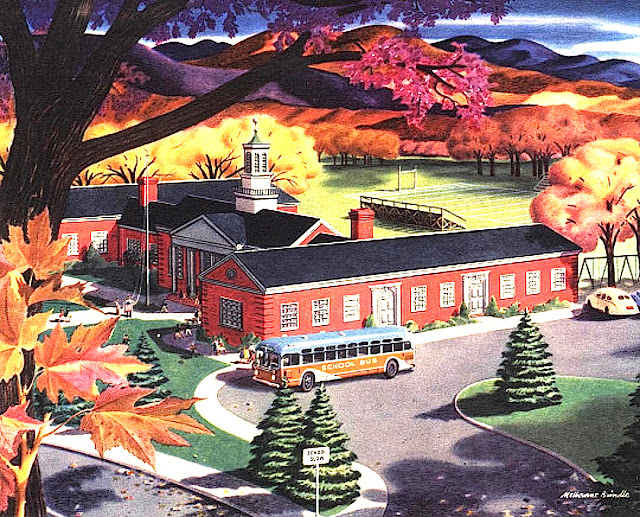 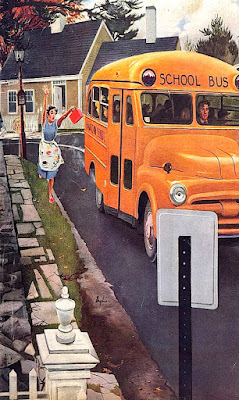 World premiere
It's been said that there is a first time for
everything. The Tuesday post Labor Day
is viewed by many as a fresh start. Many
parents will be sending their tots off for
their initial foray into education. By now
college freshmen's rooms are fully stocked
and their disorientation process has come
to an end. As of this morning, the summer
season is officially over. Meaning that now
one can easily get a parking space on Main
Street in East Hampton. Hence for most of
us, it's time to rise and shine and get back
to work. Or for some, start all over again! 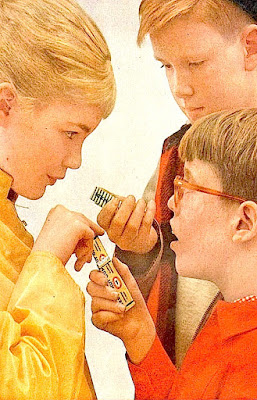 Debut performance
One learns a lot about humanity on their
first day of school. From the very start
we are who we are. Hence some scream
as they are wrenched from their mother's
arms while others barely wave goodbye.
Within hours one knows who is going to
be problematic versus those willing to be
team players. By the time one hits the
playground class bullies have already
established their turf. Fortunately by the
day's end most connect with a kindred
spirit. Insuring that by tomorrow we're
no longer alone but part of the whole. 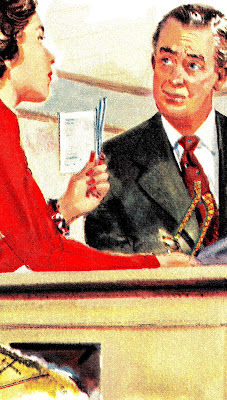 Orientation session
As a student of life I've had my share
of virginal experiences - usually at the
office. That first day is anything but
pleasant. Just like the schoolyard, after
being welcomed into the fold one is
treated like the stranger they are. Post
filling out reams of forms, signing one's
life away, and watching several inane
instructional videos, one is finally led
to one's desk. And at that very moment
a feeling of isolation falls upon almost
every newbie. Boding angst, confusion,
and the question - "Why am I here?!" 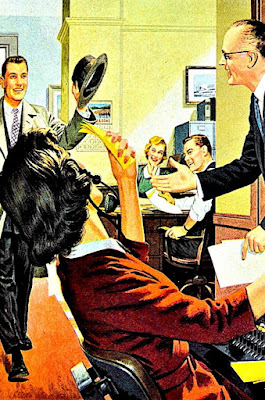 Return engagement
The next morning one hopefully can
recall the names of their new peers.
Finding one's way to the rest room
will continue to challenging. And in
the case where nobody takes you to
lunch, finding something to eat can
be unappetizing. However most of
us ease into the saddle by the end of
our first week. Each of us finds their
place within a new workplace at our
own pace. While one wishes said
process was easier, what's new will
very quickly become same old. 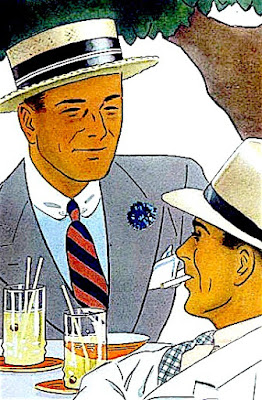 Group dynamic
It's like my first time in a gay bar. This
stranger in paradise was terrified. Much
like an anthropologist, I had to study
the beasts of prey before me. Slowly
I learned their rituals. While some were
looking for love in all the wrong places,
others circled searching for innocent
victims. One's natural inclinations were
to hide however some strutted their stuff
like peacocks on parade. Behind all the
pomp and circumstance we were there
for the same reason. Thus once we got
to know each other, everybody scored! 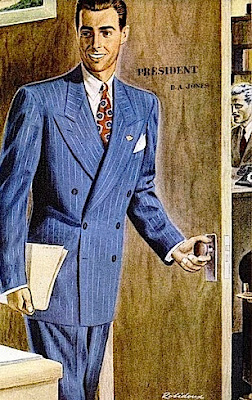 Forward momentum
Starting anew is never easy. However
time and again most of us must do just
that. If you subscribe to the theory that
sans pain there is no gain, purposefully
subjecting oneself to the torture of new
experiences is a necessary evil. While
complacency may be comforting, such
familiarity breeds contempt. Sedentary
suckers who never take a risk have no
idea what they're missing. Thus those
who willingly stretch their boundaries
are guaranteed access to a much better
place. Where are you going today?
Posted by montanaroue at 4:00 AM