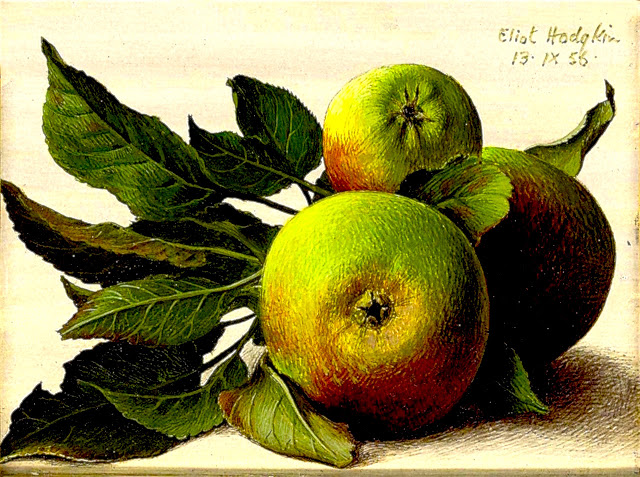 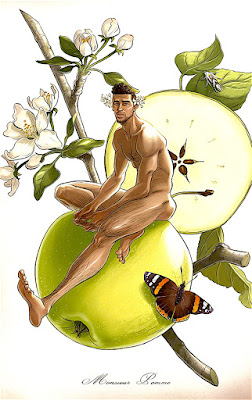 More is more
What could be more basic to our daily
survival than the apple. Even if the old
adage didn't recommend a twenty four
hour bite - many are more than eager
to nibble upon America's favorite fruit.
This year we've seen an apple avalanche
here in Central Montana. And at least
for Frank and I that has meant an over
abundance of apples. Yet as with all
things Montanan, one must savor the
here and now. After all next year that
same tree might yield nada. And so our
mantra is gather ye apples while ye may! 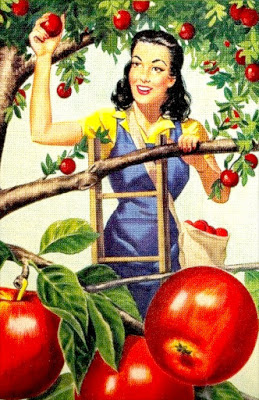 Crowd sourced
Our first bumper crop arrived via the
tree outside of our house in town. It's
branches were laden with an abundant
harvest. Bending so low that our local
deer quickly made it's ample yield part
of their daily rounds. Soon the ground
was littered with partially nibbled orbs
discarded by said picky lot. Everybody
wanted to grab our fruit. That included
several strangers who knocked on our
door asking to help themselves. In the
end there fortunately was more than
enough to share our bounty with all. 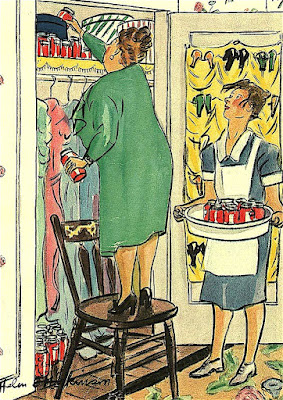 Good n' plenty
While happy to crowd source we too
benefitted from nature's bounty. Even
if only left with the dregs - Frank was
able to cook up a large pot of apple
sauce. His recipe is simple. Peel and
core the apples, add juice of several
lemons, a dash or two of cinnamon,
and finally a bit of water. Then gently
cook over low heat until the apples
are soft enough to mash. The result
is great by itself or perfect with a
pork chop. Our only challenge is
eating it all. If only we could can... 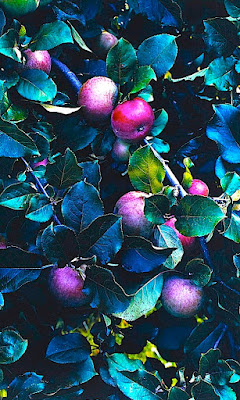 The more the merrier
As if that wasn't enough - we've a hardy
apple tree out at Frank's garden outside
of town. Last year it yielded virtually
no fruit. Whereas this year, Frank has
already picked more than five bushels.
While not the biggest, they're beyond
tasty. Given we don't spray, many are
not the prettiest of apples. However all
are ample fodder for more apple sauce,
cakes, and pies. Yesterday Frank Senior
(age ninety eight) helped his namesake
peel a bushel or two. The result being
some saucy tales plus a pot of the stuff! 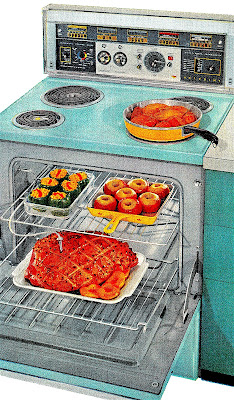 Lovin' from the oven
My Mother's specialty was apple pie.
Within a flaky crust lay a mound of
sweet and soft slices. Never a la mode
in our house, a slice of Ethel's pie was
invariably accompanied by a generous
wedge of extra sharp cheddar. All that
plus a liberal pour of heavy cream atop.
Another of her favorite concoctions
was "Apple Brown Betty." And then
my favorite - baked apples. Especially
when they were filled with walnuts,
brown sugar, and butter at the core!
No wonder I miss my Mom everyday! 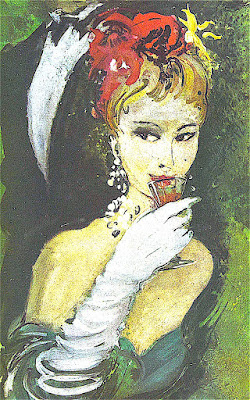 Daily minimum requirement
While most kids adore apple juice I've
never been a fan. However as a boy I
loved our annual pilgrimage to Tice's
farm for fresh pressed cider. Years later
I discovered the ultimate in liquid apple
delights - CALVADOS! Leave it to the
French to figure out a way to make a
natural phenomena - phenomenal! In
my opinion the older the better. Which
makes my personal preference "XO" -
bottled at least six years prior. Hmm...
what could be a better way to keep the
doctor away than a snifter a day?
Posted by montanaroue at 4:00 AM