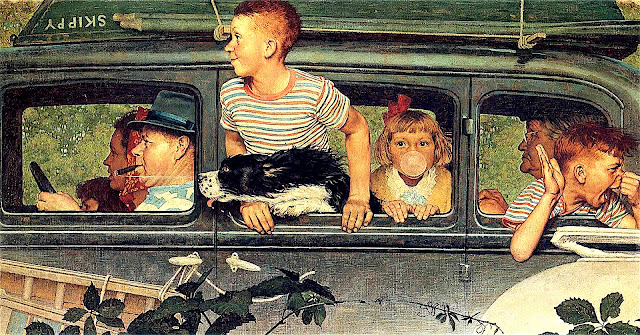 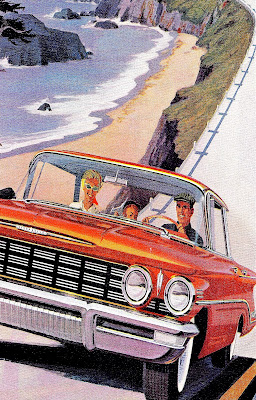 Are we there yet?
When my kids were young we would
often take a "mystery ride" on a sunny
Sunday afternoon. Said journey had
no beginning nor end. One simply got
into the car and rode west - far beyond
the city limits out into the "country."
Rarely did the driver behind the wheel
have any idea of where they were going.
The process of exploration itself was
more than exciting. However the real
reason for hitting the road was that it
quickly lulled irritable babies or tired
toddlers into a state of slumber. 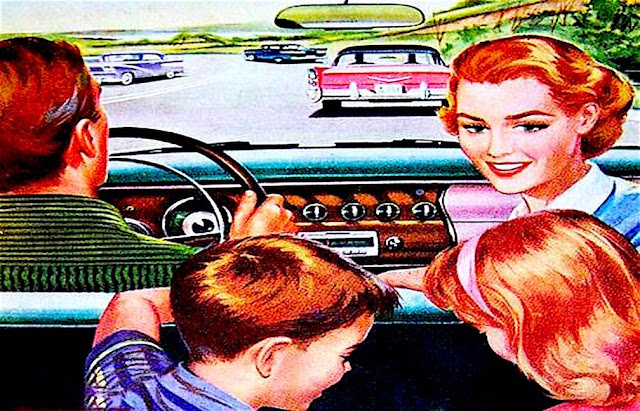 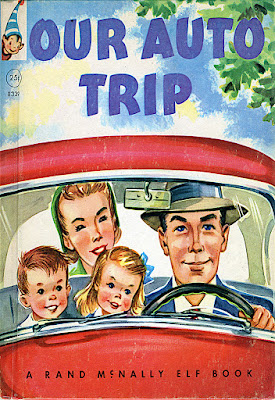 Rules of the road
Then there were the long hauls. Back
in those days of limited budgets it was
cheaper to drive than fly home for the
holidays. While traveling over eight
hundred miles for twelve hours was
exhausting, it was our only option.
Before dawn we would pack our still
sleeping kids the car and hit the road.
After dawn arose we hit the rest stop.
Once everyone was up, keeping the
kids entertained was a challenge. So
we all joined in our favorite on the
road diversion - "name that state!" 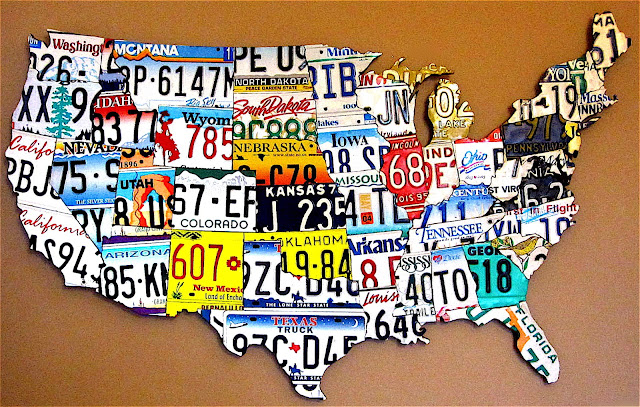 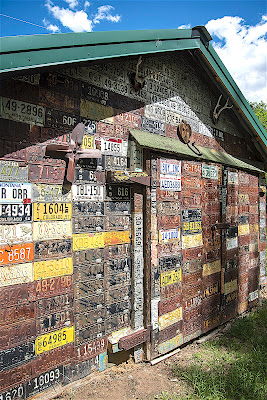 Drive by shooting
Every time someone saw a vehicle from
another state they called it out. Quickly
the bulk of the pack surrounding us was
covered. That's where the hard work
began. Slowly we checked off many of
our fifty states. Yet Hawaii and Alaska
always proved illusive if not impossible
targets. If and when said diversion was
no longer fun, we shifted "eye spy" and
oh the things we saw! Before we knew
it, the game was over and we were over
the finish line. Proof that getting there
can at times be more than half the fun! 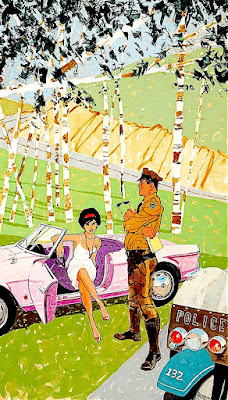 Identification please
The very large state of Montana is in fact
one big small town. Covering over 147,000
miles it's population is just slightly above
one million. Therefore chances are that the
majority of Montanans are distantly related.
When the state started issuing license plates
in 1914, the first two digits identified which
of fifty six population centers the owner was
from. Therefore even today, anybody from
Montana can immediately tell who is from
where. Meaning theres no need to ask for
your number. They've already had it long
before they finally decide to pull you over. 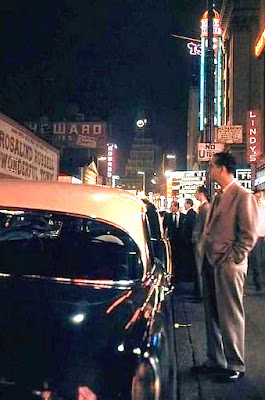 Hail and farewell
In 1914 Fergus County and the city of
Lewistown ranked eighth in the state.
Hence our plates carry an eight even
if we now tally in at number nineteen.
Whereas bodacious Bozeman plates
sport the number six. Even if Gallatin
County now lines up in third place.
While said digital system is effective
within our state, it's beyond useful
in far flung places. Hence if Frank
spied a Montanan plate in Manhattan,
it was even more surprising when said
car hailed from Libby (number 56)! 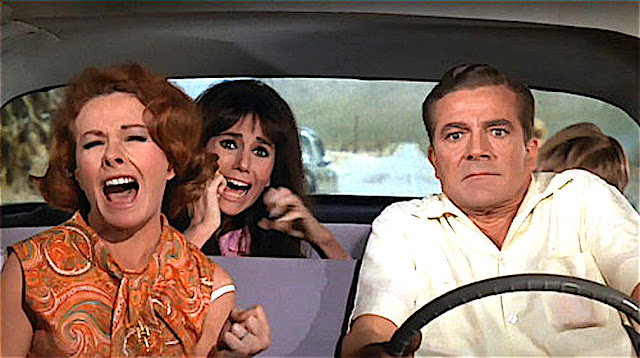 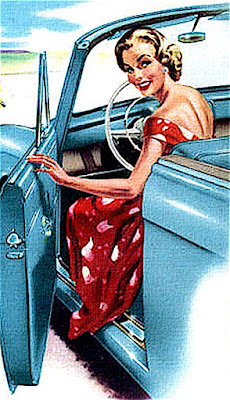 Road rage
My dear mother really didn't like the idea
of license plates. Mostly because she felt
they clashed with whatever hue selected
in the showroom. It was obvious Mother
struggled with vehicular authority. In her
late eighties after moving to Minnesota
(my fault) she failed her driving test at
least eight times. All due to what Ethel
deemed a scam filled with "trick" queries
As she tried to get her license, all that I
wanted was a license to kill. In the end
Mother passed the test. And to her credit
was smart enough to never drive again.
Posted by montanaroue at 4:00 AM