THE TALE OF CHICKEN LITTLE 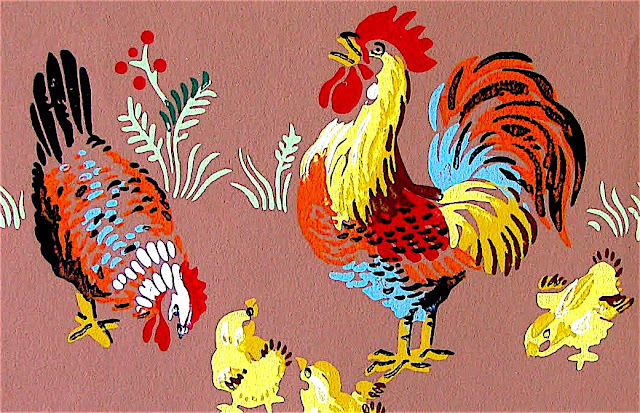 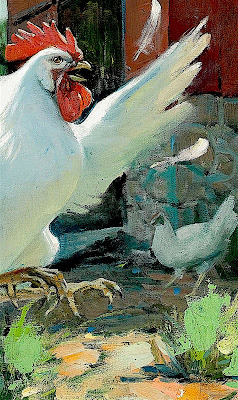 Roost of all evil
I’ve come to the conclusion that rather
than being a cock, Donald Trump is
simply fowl. Theres no doubt that he
laid a major egg Monday night upon
the Hofstra stage. And yet while said
rooster definitely knows how to crow,
his message was most certainly not
the wakeup call he'd hoped it would
be. That’s because rather than offer
up a vision for the future, Mr. Trump
opted to take himself and us to the dark
side. Proving that negativity sans any
solution is not all it's cracked up to be. 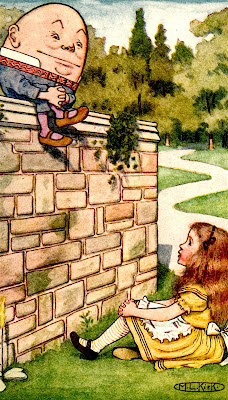 We all fall down?
If one takes his ramblings at face value
our collective sky was literally falling
down. Apparently everything about Mr.
Trump’s America is awful. Thus he had
nothing good to say. Per this mix master,
our glass is not only half empty, it's hit
rock bottom. Said drought is due to the
evil politicians who've led us to the brink
of extinction. However as fact finders
have since proved, the majority of his
gloomy forecast is fictional at best. So
even postulating from atop a wall won't
keep Donald from going over the edge. 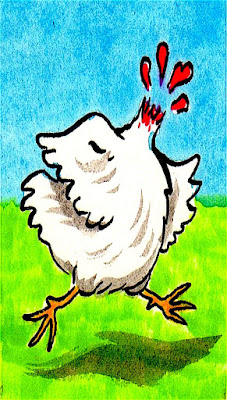 Out of his mind
It would have been different if Donald
Trump had offered concrete solutions
to the woes he so broadly outlined. Yet
there was little to no substance to his
crows beyond hollow promises. Against
a more than prepared opponent Donald
verbally staggered across the stage like
a chicken with it’s head cut off. Slowly
swirling towards destruction as his wild
blood letting hurt nobody but himself.
By the end of the evening he had totally
lost it. Leaving most of us to ask…
“WHAT THE CLUCK?!” 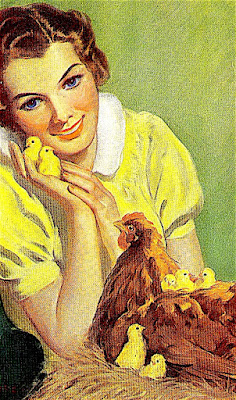 Which came first?
Meanwhile across the stage Hillary Clinton
appeared to be as happy as a mother hen
upon her nest. Garbed in barnyard red she
occasionally pecked down her opponent’s
crowing attempts to rule the roost. Never
cracking under pressure, she periodically
squawked in protest against Mr. Trump's
vacuous and at times offensive statements.
Smiling all the way given it was obviously
Donald Trump was was laying the major
egg. Along with the rest of us, she watched
him scramble. Confident that in the end
the yoke would be most definitely on him. 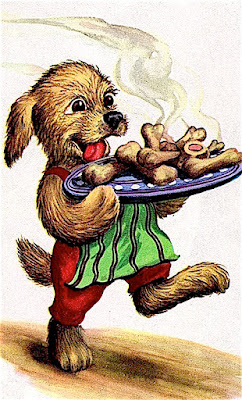 Dog eat dog
Beyond poultry behavior, Donald Trump
behaved like the dog he is. Sniffing and
snorting over nothing at all. Pausing to
take an occasional slurp of water. As he
got deeper into the chase, he barked more
frequently and louder. Even growling at
times. Most likely due to having fallen
far behind, all he could do was bite at
"Secretary" Clinton's heels as she raced
ahead of him. Finally in an attempt to nail
at least one bitch, he even dragged Rosie
O’Donnell into the mix. Throw that boy
a bone and he'll bark up the wrong tree! 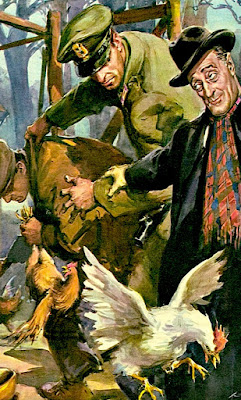 Caught in the act
As Donald exited the scene of the crime
he tried to convince us that he wasn't the
biggest loser. However Mrs. Clinton had
already proved that facts always TRUMP
bravado. Maybe that's because like most
men, Donald seemed unwilling or unable
to follow directions. Whereas Hillary had
come fully prepared with a roadmap that
will lead this country to success. After a
few detours, she deftly avoided Donald’s
dead ends. Proving that she can take us
to a better place. And isn't that exactly
what a President is supposed to do?!
Posted by montanaroue at 4:00 AM