SAVING THE BEST FOR LAST 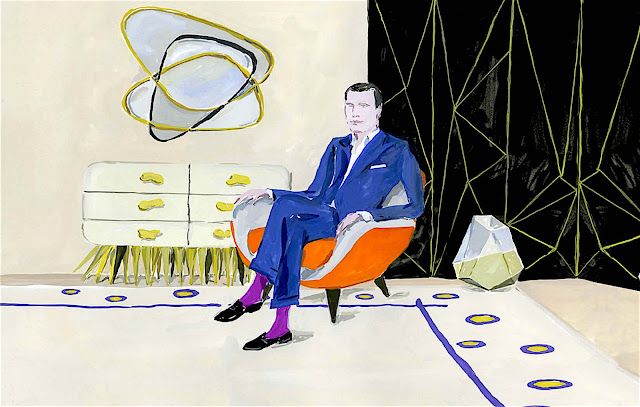 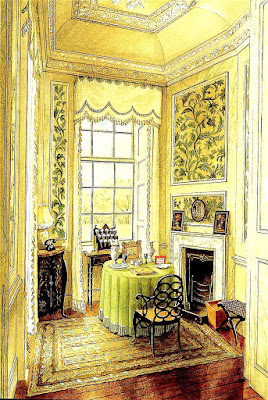 The older the better
My darling Mother was anything but
modern. Long before she became an
antique herself Ethel's preference was
of the historical bent. My peer's folks
were younger and so their homes were
exercises in post modernistic restraint.
Whereas I grew up in an homage to
colonial America. Depending on the
room that meant either Williamsburg
or New England. Therefore while my
Mother's decor could in fact be termed
revolutionary, it was anything but that.
Proof that what's past should be past. 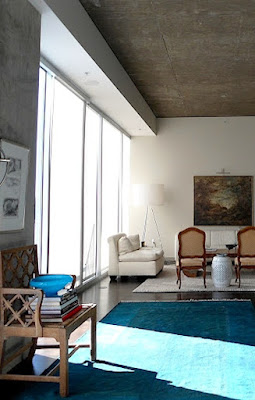 Before and after
Post leaving the nest I stayed close to
home. Falling for the English country
look, I lived in a rather traditional way
a la Mario Buatta, Sister Parish, or Mr.
John Fowler. It wasn't until a several
years ago that I embraced modernity.
Since then Frank and I have mixed it
up in an eclectic environment. Finding
that old and new are perfectly suited
for each other as long as they carry a
bit of patina. Thus what we deem as
modern is mid century at it's best. Or
as we prefer to call it… TIMELESS. 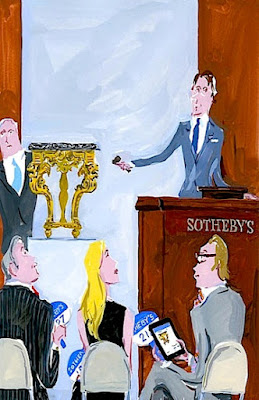 Bid farewell
Our home is a layered pastiche of lives
past and present. Most of which we've
accumulated along the way. Some of
said pasts are ours. Others are other's.
All discovered in consignment shops,
on e-bay, or at my favorite of favorites -
auctions. One used to have to hunt and
peck. Thus many a day was spent duly
standing by at an auction house waiting
for one's "lot" to be cast. Whereas today
one can troll the web to shop a veritable
treasure trove of goodies. All one must
do is log on, register, log on, and bid! 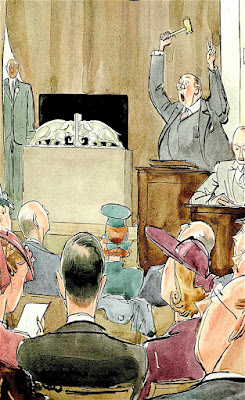 Winner takes all
What I adore most is the joy of discovery.
You never know when you'll find that
something that somebody else no longer
wants. Once the actual bidding begins,
one enters into a zone where time stands
still. Within such a capricious state, any
other bidder may also want what is up
on the block. Ignorance is bliss thus one
hopes others are unaware of it's value.
And that soon you'll walk away with the
deal of all deals. As long as one avoids
a bidding war, the thrill of the hunt is
more than worth the price of entry! 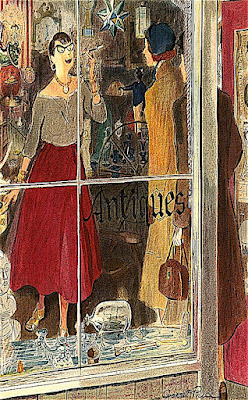 Satisfaction guaranteed
As I've grown older I've learned that
"less is more." All thats required is a
willingness to curate one's collection.
Hence theres quite a revolving door
here in Lewistown. The key element
to editing one's assortment is sticking
with the things one loves. Thus unless
you're the decorative equivalent of a
sex addict, most of what you've got
can and should leave home. The trick
is an eye for an eye. Meaning that if
you buy something new, something
old must exit the premises. It works! 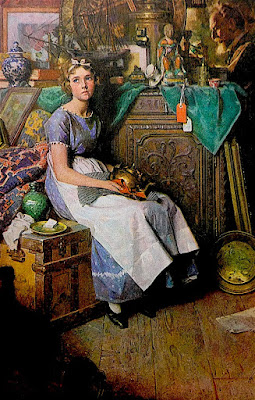 As good as it gets
In an ideal world enough is enough.
However post purge, many mourn
their dearly departed. In hindsight
I don't regret selling my heart out on
E-Bay. Invariably my trash becomes
somebody else's treasure. Meaning
that rather than gathering dust on a
shelf, it now warms to heart of some
newfound lover. Hence I prefer to
think of my cast offs as blast offs -
fuel for yet another's dreams. Post
purge I can finally see what I've got.
And what could be better than that?!
Posted by montanaroue at 4:00 AM