SCENE OF THE CRIME 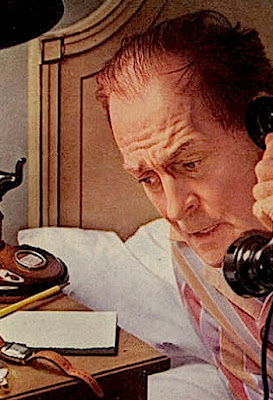 It's for you
I've often said that a phone call can
change your life. And with one ring,
all changes. Sometimes it's for the
better. But more often than not... it's
NOT. However in some respect, life
would be boring sans the occasional
surprise. Maybe our higher being is
keeping us on our toes, forcing us to
up our game, making sure we remain
sharp. Or karma is a bitch and fate
prefers to screw with us. Either way,
it is what it is and hence one must
deal with whatever comes our way. 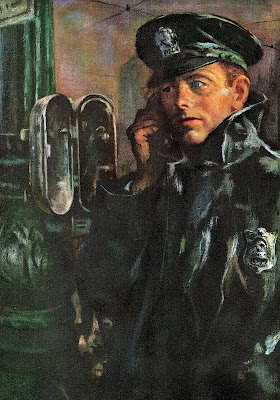 Lock out
Over the weekend I received a call
from our off-site storage company.
Apparently someone had broken
into the storage locker next to ours.
Post capturing stolen goods marked
with serial numbers that the police
were able to trace, the out of state
owner of said unit was contacted.
Soon he confirmed that the lock on
the unit was not his. Oddly... our
unit's padlock was an exact match.
Could we drive over and check to
see if said lock was our lock? 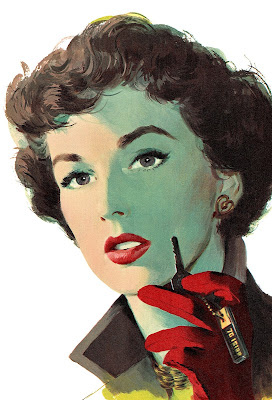 Open sesame
Quickly Frank and I confirmed it
was NOT ours. Late yesterday, the
sheriff cut said locks and opened
the violated spaces. Our neighbor's
was a ransacked. Every bit of his
guns, hunting gear, and expensive
tools were gone. Meanwhile our
unit was fairly intact. Apparently
post going through a few of our
boxes they stopped and left well
enough alone. I guess china, bric-
a-brac, and ancient Armani was
not what they were looking for...

What a crime
Is someone trying to teach us a
lesson? We've paid rent on a pile
of useless stuff since 2006. While
some has sentimental value, most
is worth little. Beyond fodder for
a mega garage sale, any value to
us is but a memory of times past.
So, why did we hold on to all of
it?! And why did it take a thief to
to motivate us to get rid of some
baggage? I don't know if I should
be sad, angry, or oddly thankful
for the wake up call! What a mess! 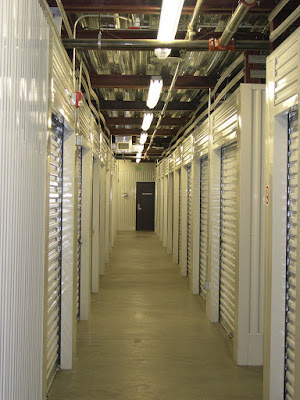 Baggage claim
Ever wonder what's hidden in those
storage facilities that line America's
highways? My eldest daughter "E"
manages one of said refuges for the
refuse of life. The stories she tells
of what goes on in are if nothing
else entertaining. If you've watched
the TV show "STORAGE WAR$"
you know that your trash may be
someone else's treasure. And while
the idea of discovering a Picasso in
Petaluma intrigues... I already have
more than enough junk of my own. 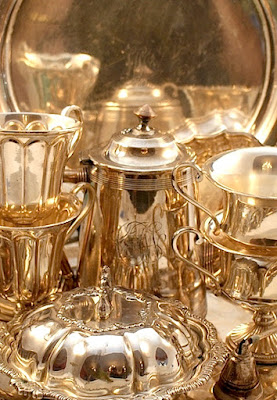 Total melt down
While the urge to purge is beneficial,
one must know what they are selling.
My dear friend "A" recently went to
a neighbor's garage sale. There upon
the table lay an array of sterling silver
serving pieces, trays, etc. All once the
pride and joy of the current owner's
grandmother. Priced between $5 and
$10 dollars each - they were more
than a bargain. Quickly "A" shared
their true value with the owner and
just as quickly... they went back into
a box, soon to reappear on eBay! 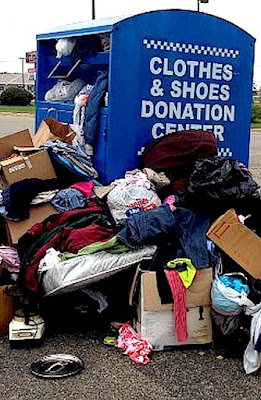 Beggars can't be choosers
Often it's best to defer one's urge
to purge. Dumping it off at a charity
facilitates immediate gratification -
yet few benefit from said giveaway.
Many charities are so overwhelmed
with the volume of donations that
they don't discover jewels buried
beneath that pile of polyester. Like
you, their focus on getting rid of
YOUR stuff. So rather than dtop
it off, sell it for what it's worth.
Then... write them a check and get
a tax write off that you earned! 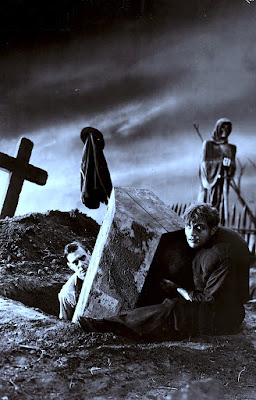 All that remains
Now that the dust has settled and the
Sheriff's report is filed - it's now time
for Frank and I to sift through what
remains in our storage unit. Sadly,
even desperate thieves were unable
to find much value in said flotsam
and jetsam. That said, I'm certain
there are still a few hidden gems.
All of which should yield some cash
on eBay. Whatever we can't sell there
will make an appearance at a garage
sale later this summer. Out with the
old. And... better late than never!