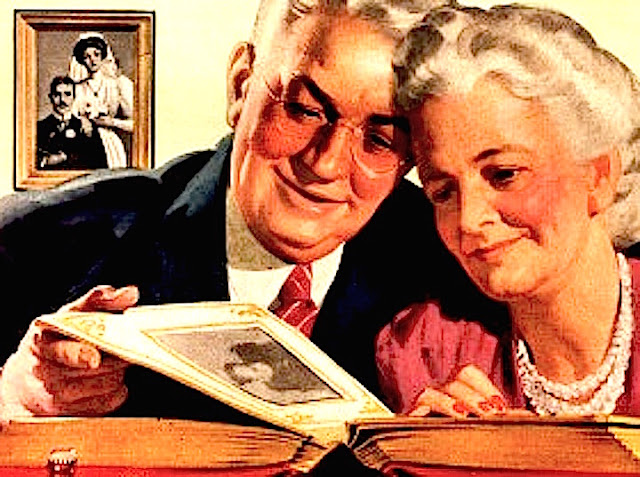 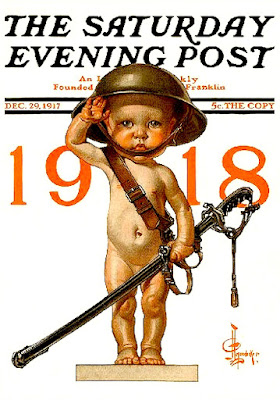 Ninety seven years ago
Today Frank's father celebrates his
ninety seventh birthday. While that
is an admirable accomplishment,
the fact that Frank Sr. has survived
a lifetime of rather tumultuous times
is even more inspiring. All too easily
we forget what has passed. Hence we
rarely realize who, where, what, or
how someone navigated their years
here on earth. Survival isn't easy. Yet
in reality, it's amazing how humans
can adapt to almost any challenge.
And keep coming back for more... 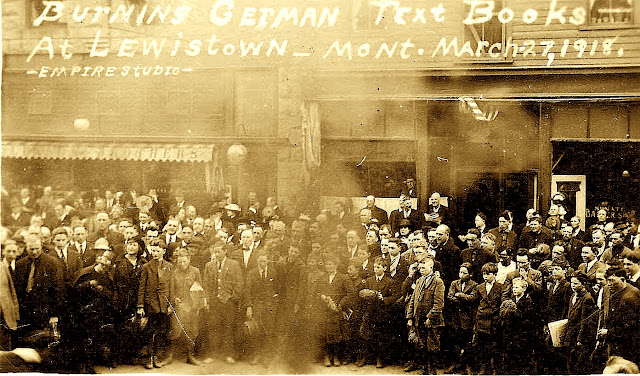 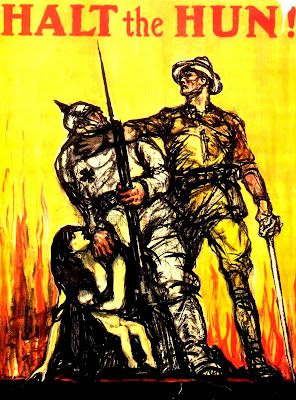 Make love not war
In 1918 the United States entered
the first World War. In Lewistown
patriotic zeal drove locals to burn
German textbooks on Main Street.
One month later, the high school
mysteriously burned down to the
ground. And while few connected
said conflagration to prior Prussian
protests, it's destruction was taken
as a statement against the "Hun"
heritage of some locals. Thus as
Frank was being born, Lewistown
was in the heat of the moment. 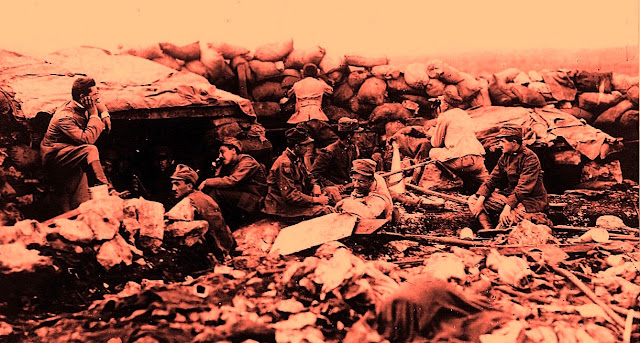 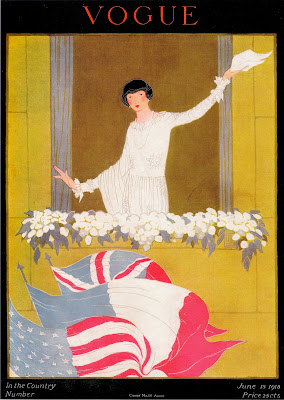 Here today, gone tomorrow
On that same day, June 15th, 1918 -
Austrian forces initiated an offensive
along Italy's Piave River due to the
urging of their German allies. Weak
from a lack of food, horses, health,
and supplies they crossed said river
to establish a twelve mile front. After
suffering 150,000 casualties quickly
they retreated. And soon, the beaten
Austrian forces deserted rather than
fight an obviously losing battle. By
November 11th, 1918 - Germany
had surrendered. The war was over. 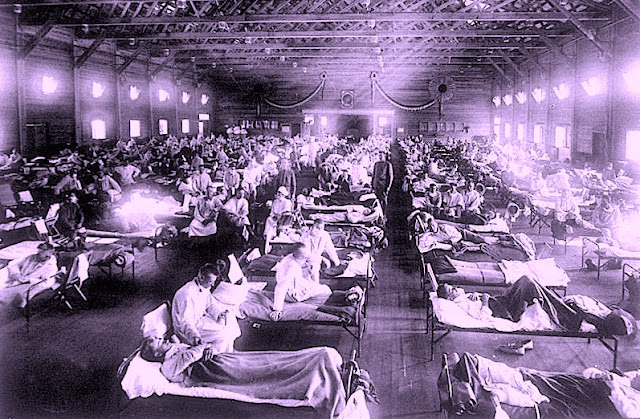 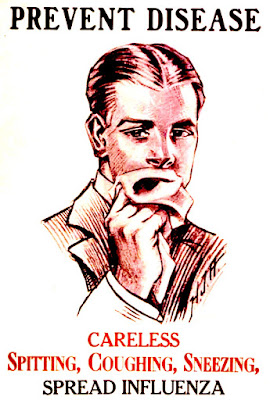 Epidemic proportions
Meanwhile most of the home front
was also fighting it's own battle.
From January of 1918 on a deadly
flu strain hit most of the civilized
world. Instead of attacking babies
and the elderly "Spanish Influenza"
put otherwise healthy young adults
at the greatest risk. Ultimately 40%
of the world was infected. 3-6% of
the global population died from flu
complications. In Central Montana,
200 of Stanford's 400 residents
fell ill with twelve succumbing. 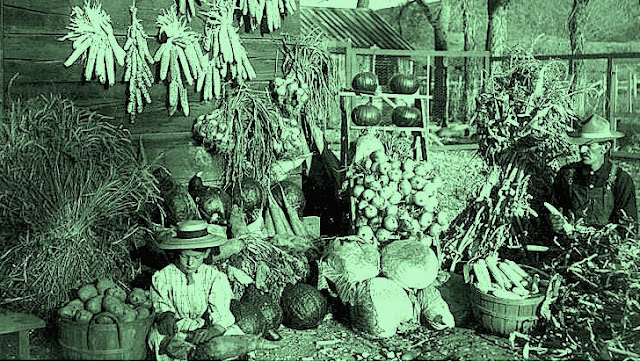 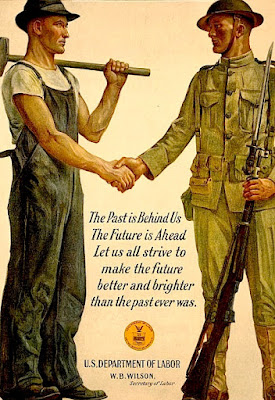 Survival of the fittest
As the soldiers returned, previously
high wheat and beef prices crashed
leaving Central Montanan ranchers
at risk. Next followed a several year
drought. Immediately the land boom
stopped. The result being the failure
of half of all Montanan banks from
1921 and 1925. One can now only
imagine what it was like growing
up in such tumultuous times. Yet
Frank Sr. and his parents welcomed
seven additional siblings. If nothing
else there was safety in numbers... 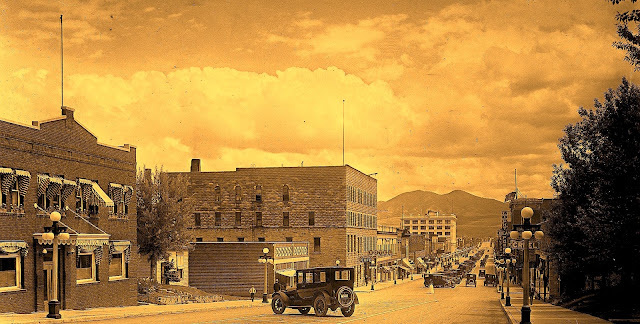 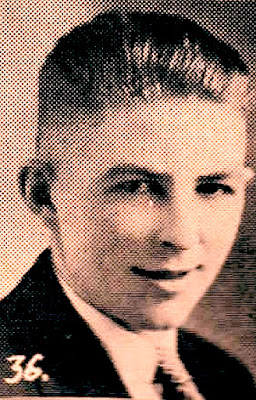 Against all odds
After surviving a local depression and
the bank failures post WWI, the crash
of 1929 pushed Lewistown to all time
lows. Dad tells stories of growing up
with little to nothing except love. By
the time he was ready to launch a life
of his own, our country was once more
at war. Serving in the Air Force, Frank
saw the world only to fall gravely ill
while home on furlough. Post surgery
he awakened to find an angel standing
at the foot of his bed. And soon... she
became the love of his life and wife. 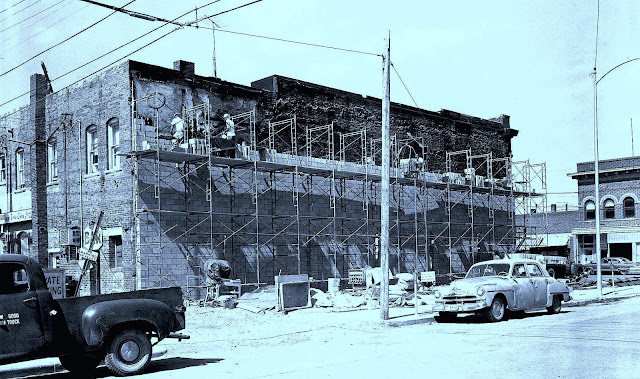 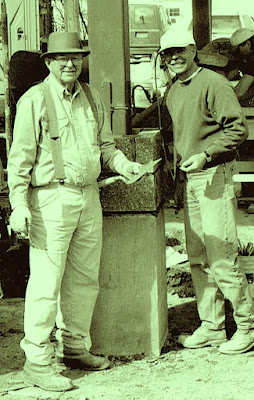 Work in progress
In the years that followed, they raised
three boys while Frank Sr. expanded
his father's masonry business. During
that time the world changed even more
with the widespread use of telephones,
radios, televisions, stereos, cassettes,
CD's, VCR's, DVD's, microwaves,
computers, and cellular phones. Man
walked the moon, Kennedy was killed,
and Nixon resigned. Frank dealt with
zoot suits, beatniks, hippies, preppies,
and metrosexuals. Racial prejudice was
outlawed and human rights triumphed. 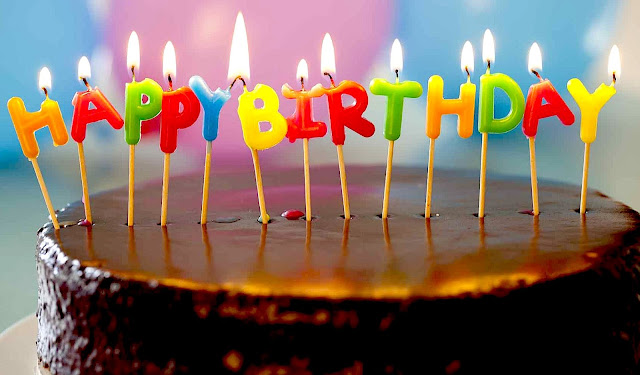 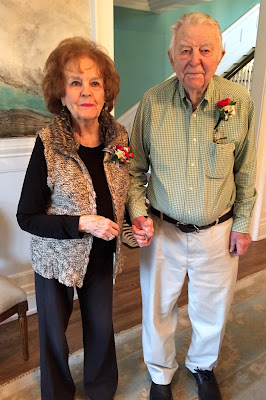 Another milestone...
For ninety seven years he has calmly
faced adversity while overcoming all
obstacles. Not a day has passed when
Frank and his beloved Pearl have not
treated everyone with kindness. Thus
they are not only beloved but deeply
respected by all. What better reason
to celebrate this milestone than the
simple fact that rather than judge, he
has openly and honestly embraced
change. As one who's proud to be
called his "son," I'm thankful to be
able to say Happy Birthday DAD!
Posted by montanaroue at 4:00 AM