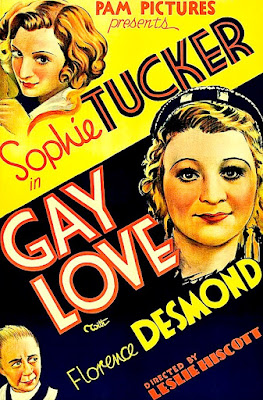 Equal but different
There are rare times in your life when
the news actually stops you in your
tracks. Yesterday I was in transit from
a brief business trip. Exiting the plane
for my next connection, I listened to a
friend's voice mail message. Part of me
couldn't believe what I was hearing.
Finally... I and everyone like me were
equal. Gone was legalized prejudice.
And in it's place was a statement from
the United States Supreme Court stating
that marriage is marriage no matter who
you choose to love. History was made. 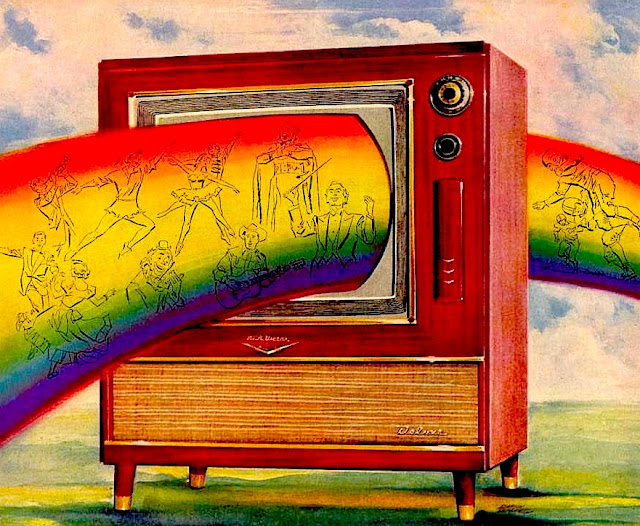 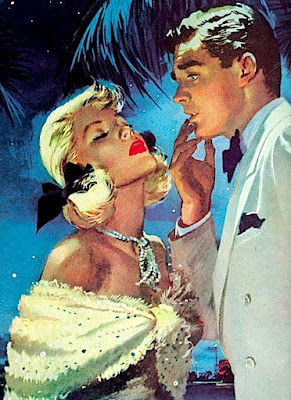 Once upon a time
While overjoyed I can't help but be
a bit melancholy. Many before me
have suffered unfair consequences
due to their natural inclinations. For
centuries same sex lovers have been
ostracized, punished, and belittled.
And... it was legal. The end result
was generation upon generation of
destroyed lives. In addition, leagues
of innocent spouses and children
caught the crossfire. All that hurt
simply can't disappear. while many
still nurse the wounds of love lost. 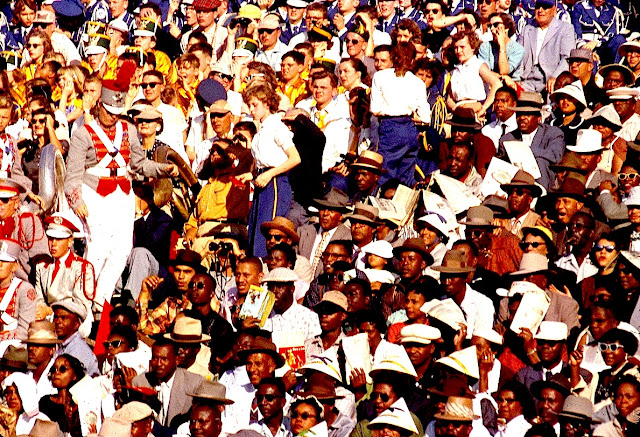 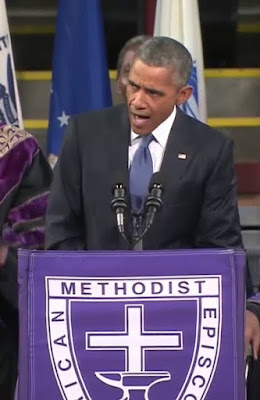 To tell the truth
Unchecked hatred hurts one and all.
The recent shooting in Charleston is
proof that haters are gonna hate no
matter what the law says. Arrogance
and ignorance fuel hatred. I recently
overheard someone bemoaning the
media "making a big deal" over the
Confederate flag. Suddenly a brave
soul stopped, looked the fool in the
eye and said - "Unless your elderly
grandmother was killed at her church
Bible Study, I suggest you keep quiet."
Wiser words were never spoken. 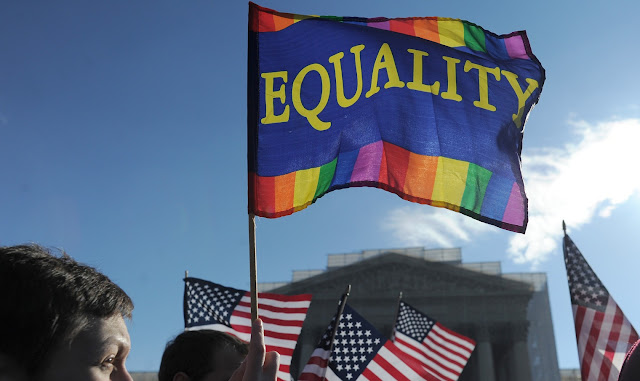 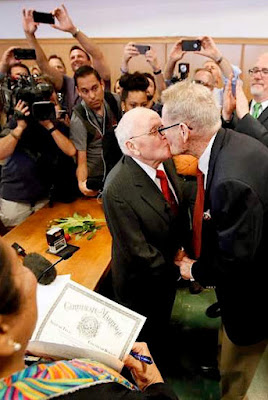 United we stand
The fact is that few truly know what
it's like to be the target of prejudice.
Even sadder, few if any speak out
against said wrongs. Hence while
elated by yesterday's victory, I know
that we still have an awful lot of work
to do. As an American I have the right
and responsibility to fight for what is
right. Hence I will continue to defend
every American's right to equality - no
matter their color, creed, orientation,
age, or economic status. And if that
makes me a "liberal" then so be it. 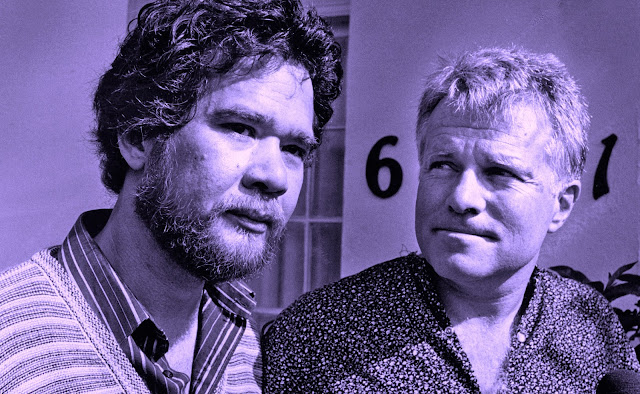 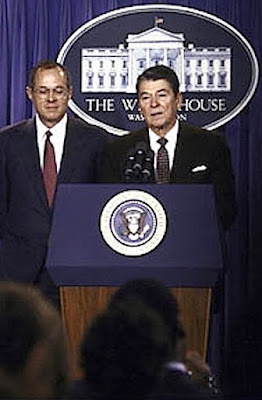 Past imperfect
In 1975 Anthony Sullivan and Richard
Adams were issued a marriage license
in Boulder Colorado. Legally married
soon thereafter, Adams applied for a
green card for his now legal spouse.
The government's rejection letter stated
"You have failed to establish that a
bonafide marital relationship can
exist between two faggots." Fighting
to stay together, their battle ended
before a Federal Circuit Judge who
ruled that their marriage was illegal.
Said judge was Anthony M. Kennedy. 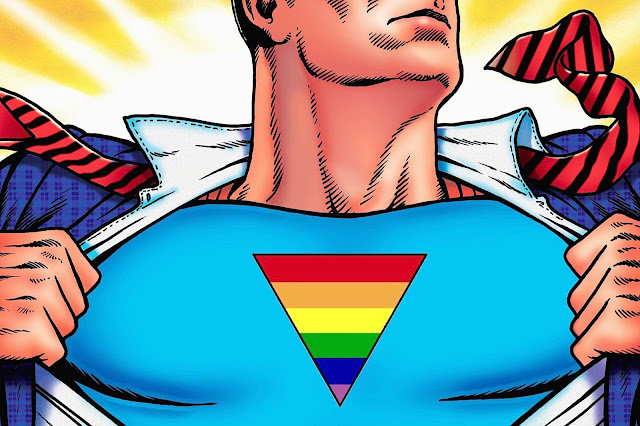 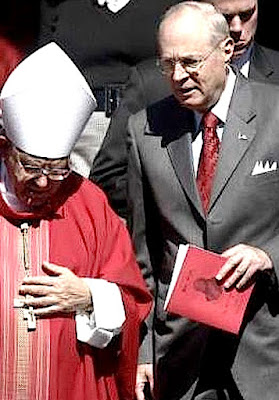 Before and after
Who knew that within the next forty
years that same Reagan appointed,
conservative, straight, Irish Catholic
from Sacramento jurist would be
the author of the Supreme Court's
decisions in favor of LGBT equality.
First they protected the rights of gay
citizens. Second they abolished all
anti-homosexual state sodomy laws.
Third they struck down DOMA as
unconstitutional. And finally they
legalized gay marriage nationwide.
GOD BLESS AMERICA!! 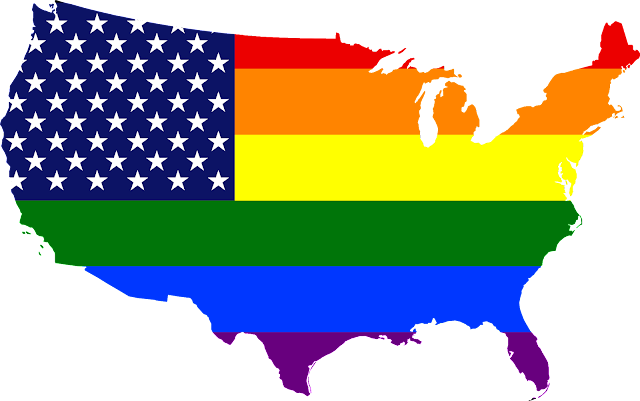 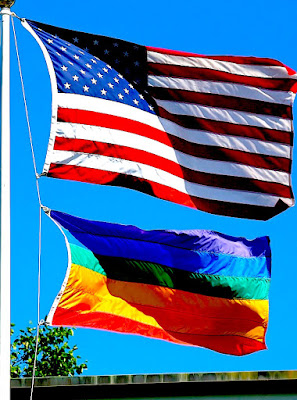 The promised land
People like Justice Kennedy have
come to realize that equality is the
right of all Americans. Our country
was founded on religious freedom
hence we believe whatever we opt
to believe. Religion aside, the more
people work and live side by side
with GLBT people, the more they
discover that the only difference is
who we love. This ruling affirms
that the right of EVERY American
is to live freely and equally. Now...
that's something to CELEBRATE!


"No union is more profound than marriage, for it embodies the highest ideals of love, fidelity, devotion, sacrifice, and family. In forming a marital union, two people become something greater than once they were. It would misunderstand these men and women to say they disrespect the idea of marriage." "Their plea is that they do respect it, respect it so deeply that they seek to find it's fulfillment for themselves. Their hope is not to be condemned to live in loneliness, excluded from one of civilization's most oldest institutions. They ask for equal dignity in the eyes of the law. The Constitution grants them that right. The Judgment of the Court of Appeals for the Sixth Circuit is reversed. It is so ordered." Justice Anthony M. Kennedy