Two of a kind...
Often it seems we're living in a fantasy
world. However while my reality may
seem a dream to me - others consider it
a nightmare. Like it or not being gay is
not normal. Thus while two men sharing
EVERYTHING seems quite natural to
Frank and I, some think it is anything
but that. The question is, what can we
do beyond living our lives openly and
honestly? I've come to the conclusion
that simply being who we are and living
that way openly is the best way to alter
the world's LGBT misperceptions. 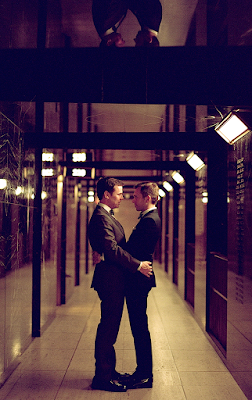 Repeat after me...
Repeated exposure to almost anything
ultimately creates a Pavlovian reaction.
Within a few years it seems that most
of America has embraced the fact that
one is gay not by choice but genetics.
What fueled our collective embrace of
nature's anomalies? I suggest that this
seismic shift was driven by a somewhat
subtle phenomena. Gay people stopped
pretending we were something we were
not. Once out of the closet with nothing
to hide, suddenly we all realized that
we all had NOTHING to be scared of. 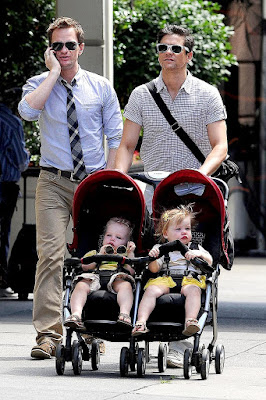 Perfectly normal
Ignorance may be bliss. But few can
comprehend something they've never
seen nor experienced. Hence living
out in the open is one of the primary
responsibilities of any LGBT adult.
For many reasons prior generations
felt the need to hide their true selves.
As is often the case with subterfuge,
LGBT folks behaved in all sorts of
odd ways in order to hide their truth.
Fortunately our world has changed
and being gay is anything but odd.
In fact it's become boringly normal. 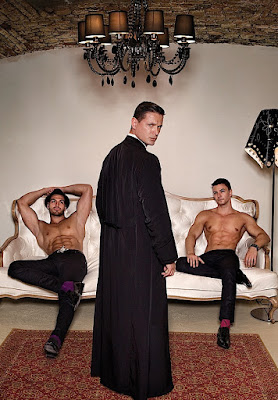 Don't go there
Some of the overtly pious think that
allowing gay people to marry is a sin.
Sadly their interpretation of God's
word tells them that hate and bigotry
are preferable to equality. As I write
North Carolina's leaders are about to
overturn their Governor's veto of an
anti-gay marriage bill. Said law will
allow any state employee to refuse
to marry ANYONE based on their
individual religious beliefs. So, what
gives them that right? A law that the
bigots that they voted for created. 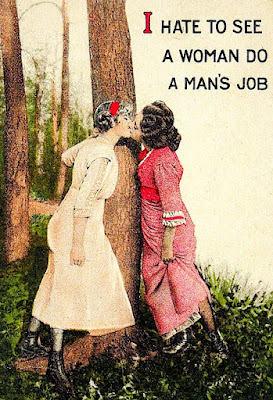 Morality clause
I can't help but be confused given
in theory, religion's function is to
help us do the right thing. Marriage
keeps us all in line. Without a legal
or moral context that discourages
infidelity - boys may be boys. A
legally binding commitment not
only unites two people but also
their extended family and friends.
Within said broader context, it's
rather hard to cheat and NOT get
caught. Hence spouses - gay and
straight - have a reason to behave. 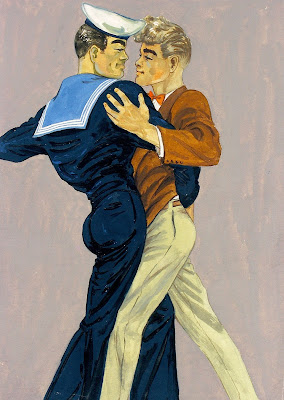 Careful what you wish for...
Historically the gay "community"
played by it's own rules. In a new
era of equality and acceptance, all
are held to the same set of rules.
Within established legal marriage
bounds, the law dictates what's
fair and not. Which protects those
in the right or obviously wronged.
Suddenly being an LGBT couple
carries much more responsibility.
Two must keep in step and lead by
example. You see, there are many
just waiting for us to fail. 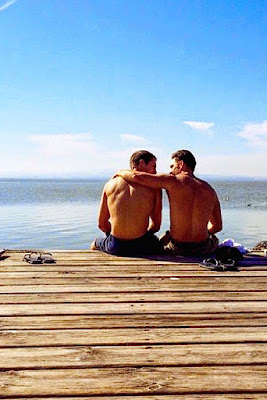 Just do it
I've often said "don't do anything you
don't want your mother to know about."
Living openly means that when one
strays, we all suffer the consequences.
I think nothing could be better. One of
the best aspects of fidelity is that love
grows deeper the longer you're joined.
Two become one. And now with the
support of their government, friends,
and family - most LGBT Americans
can publicly and legally commit to
just that. And what could possibly be
more normal than that?! GET REAL!
Posted by montanaroue at 4:00 AM