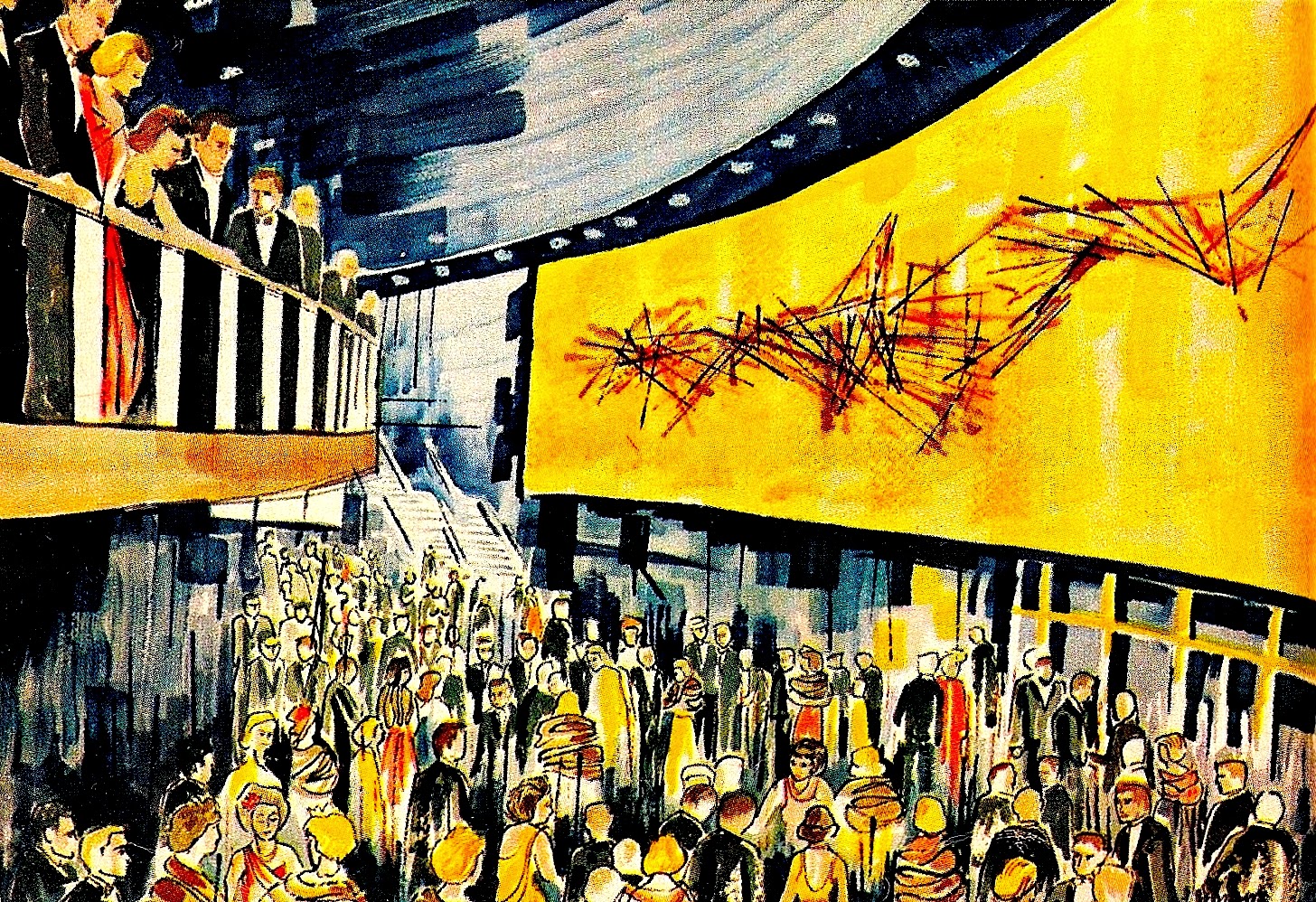 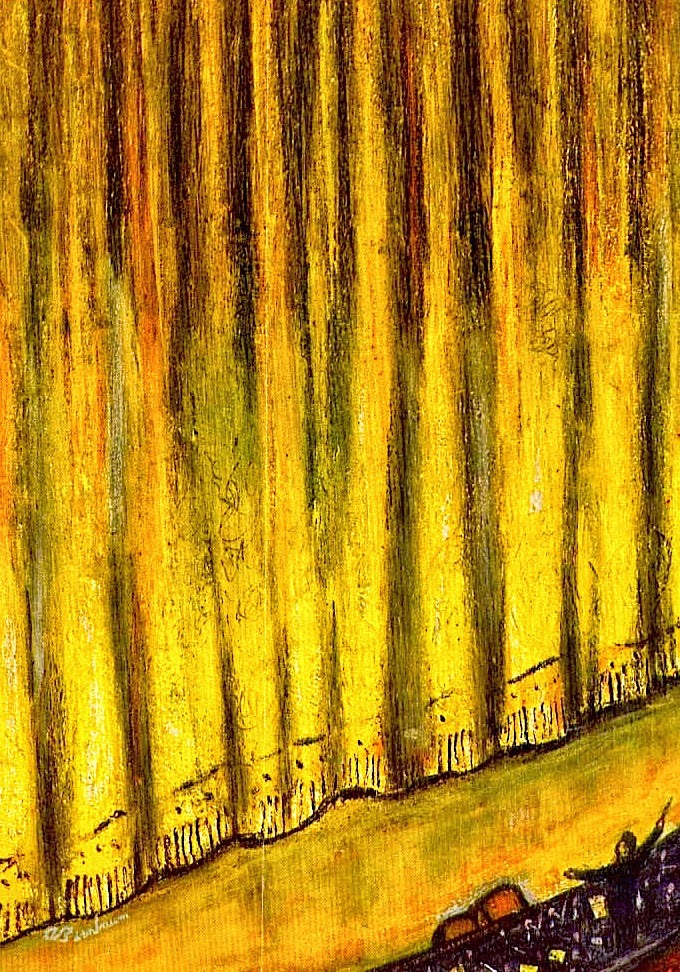 Maestro please...
Everybody knows that deep within
every man of my ilk lurks a show
tune. Right or wrong if there's a
piano bar within a fifty mile radius,
I'll be there. Growing up I seemed
to have almost every cast recording
of almost every Broadway musical.
I listened to them endlessly and to
this day all it takes to release my
inner Barbra is the tinkling of some
ivories and melody by Sondheim.
And baby... when that happens
"don't rain on my parade!" 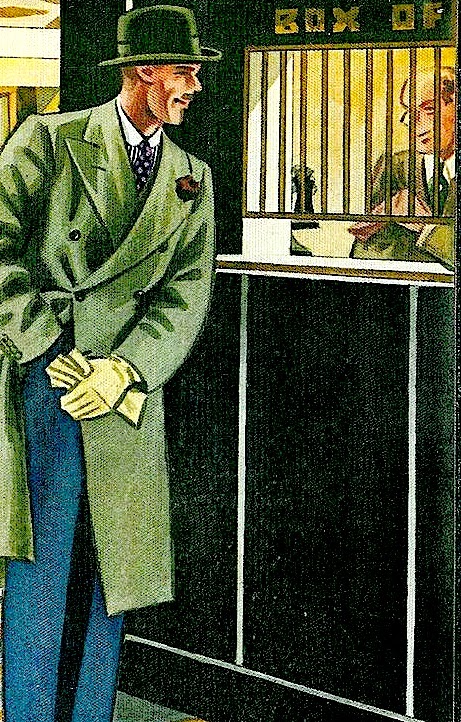 Frequent flyer
Frank is equally an aficionado of the
Broadway stage. Slightly more high
brow - he's been there, seen that. For
the few days we're back in Manhattan
my better half wanted to be more than
dazzled by the footlights. However
his plan to see as many plays as was
possible has been challenged by the
lack of viable options worth their price.
Tonight we'll see "It's Only A Play"
which has already garnered raves in
previews. Depending on it's all star
cast's performance, I'll clap or... nap! 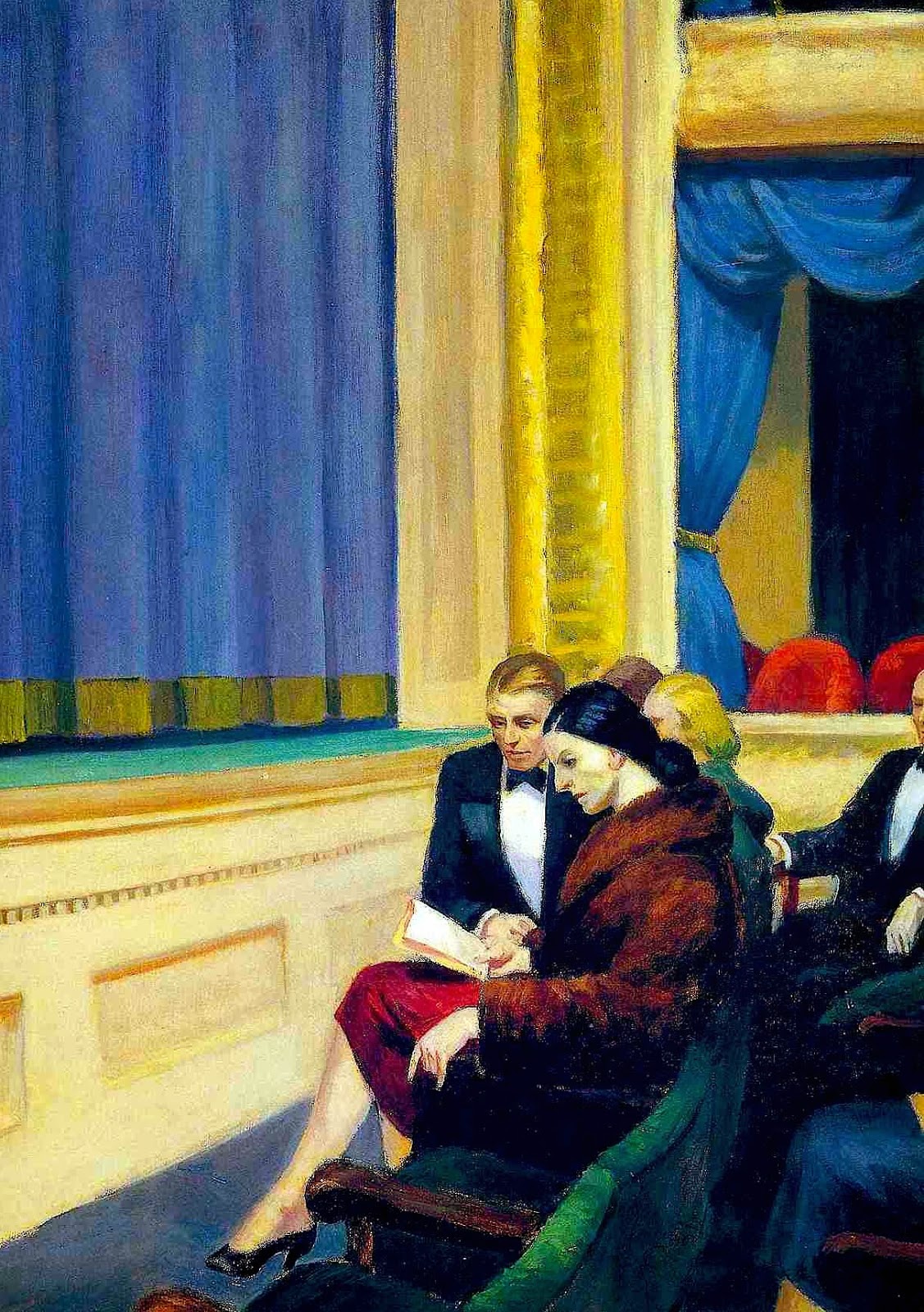 The "I's" have it
There is no better people watching
than at the theater. New York's seem
to always be filled with people from
somewhere that has an "I" in it. Be
that Idaho, Iowa, Indiana, or... Long
Island. You can tell the artistic types
as a "Met" sticker is stuck somewhere
on them. The last minute seat taker
always has a bulky coat plus several
rustling shopping bags. Whereas the
true theater hounds have a program,
Playbill, and pen always out and
ready for a stage door autograph. 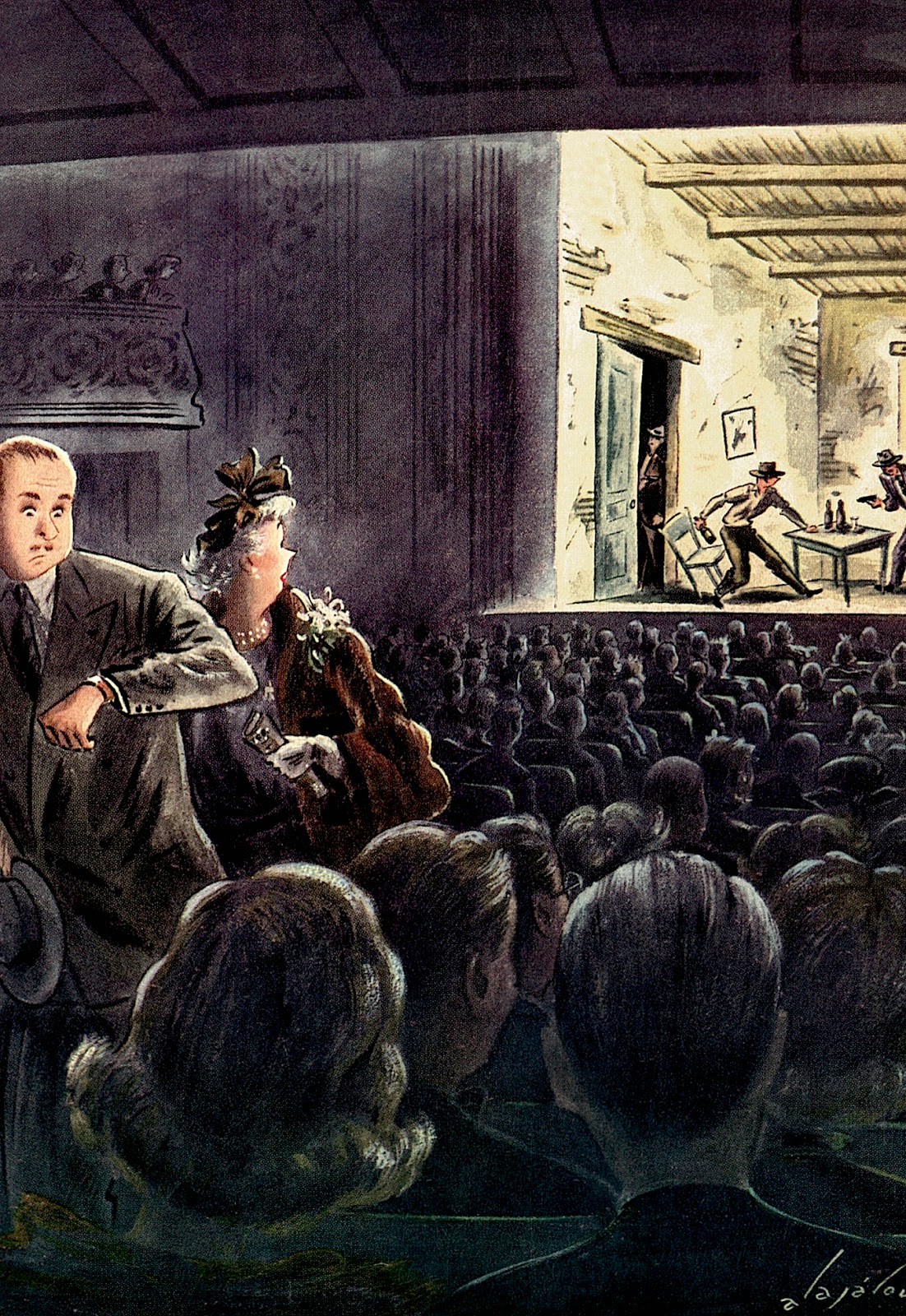 Big money
I used to abhor those folks from the
far off provinces. However now that
I'm one of them I'm somehow quite
proud of them. You see, it takes a lot
of effort to get out of a small town.
Sticker shock aside, a indecent pile
of cash is required to get a decent
seat at a decent show. Finally only
the brave are willing to brave the
Long Island Expressway or train
for a few hours of entertainment.
I say BRAVO to those willing to
support the arts - BRAVO! 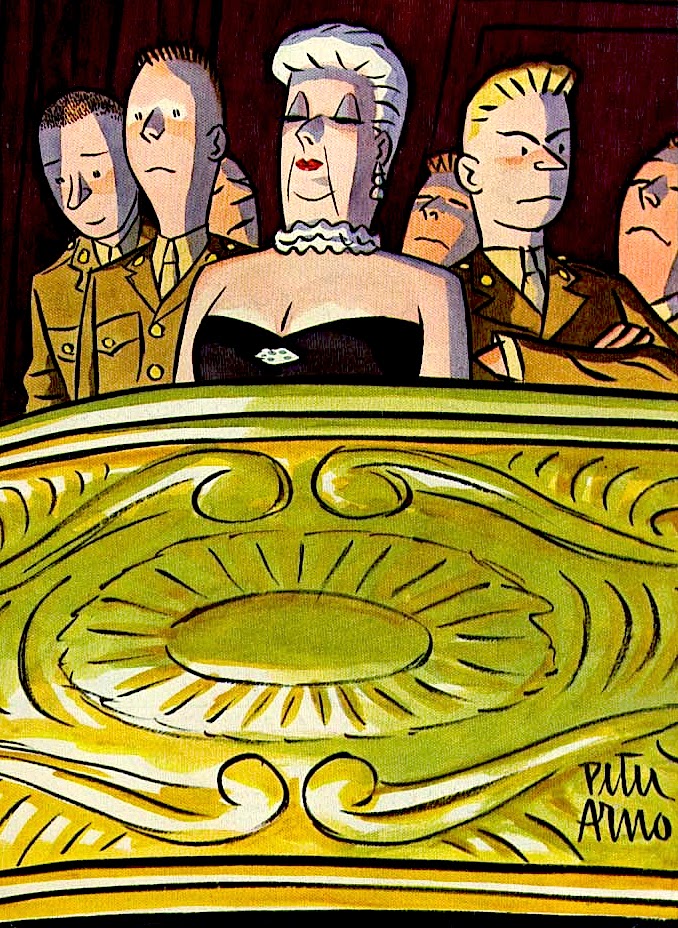 Not up to snuff
Given the opera season just opened,
we felt Puccini beckoning from the
upper west side. Franco Zeffirelli's
famous production of La Boheme
was beyond divine. Lincoln Center's
crowd was quite different. Black tie
abounded although it must have just
exited the closet given the scent of
mothballs. Add unwashed academics
and patchouli swabbed aesthetes and
it's no wonder the elite prefer their
private boxes in the Loge. Sitting
en masse simply STINKS! 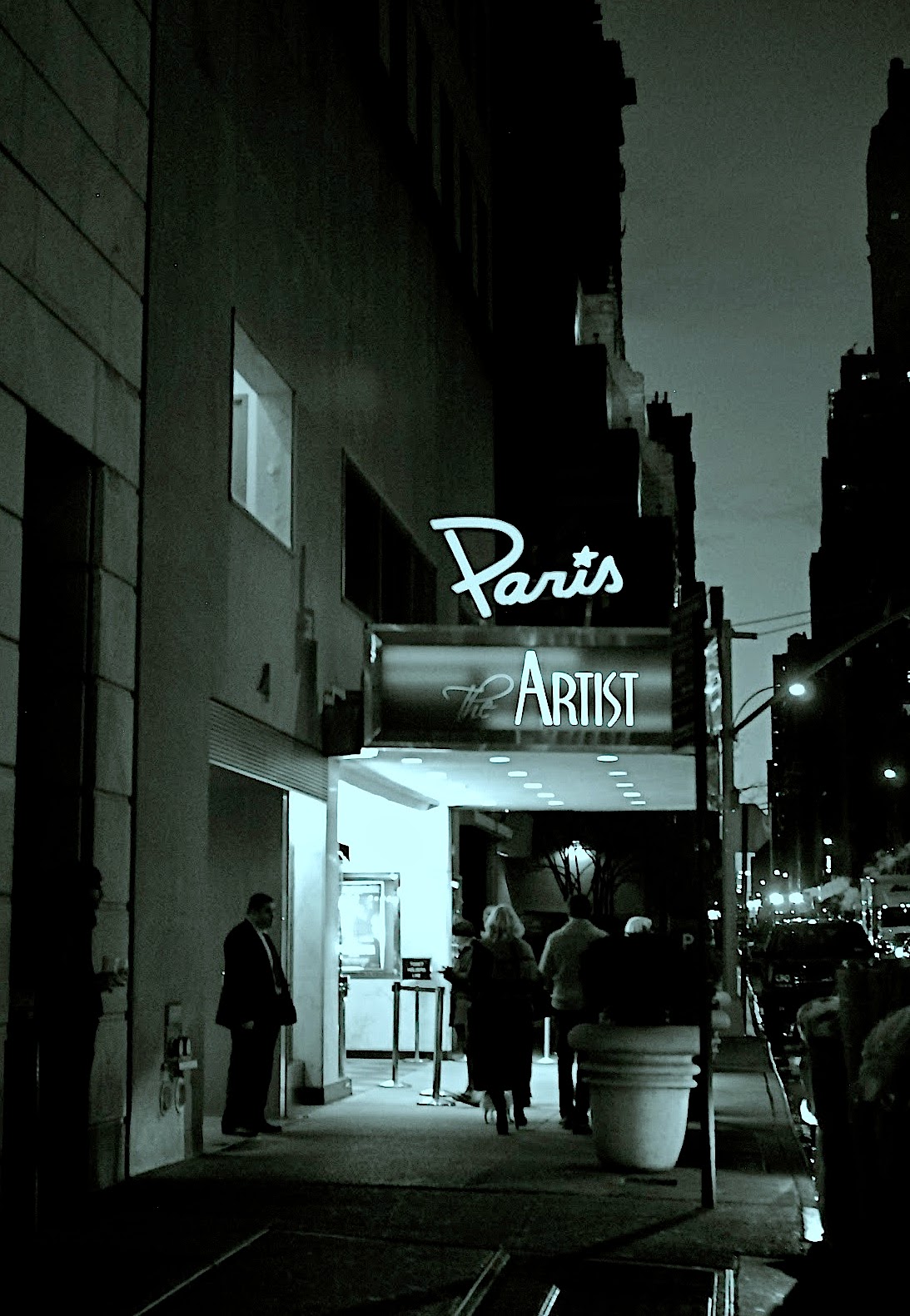 Reel to real
Living in the boonies, what we miss
most is the Paris Theater on 58th.
Whatever is playing there is most
definitely not going to make it to
the Judith in Lewistown. Netflix
aside, nothing is like sitting in a
plush seat next to fellow film buffs.
Somehow we all feel special just
because we're watching something
special. Being part of an ardent
throng is the ultimate in audience
participation. So get out of the
house and ON WITH THE SHOW!
Posted by montanaroue at 4:00 AM