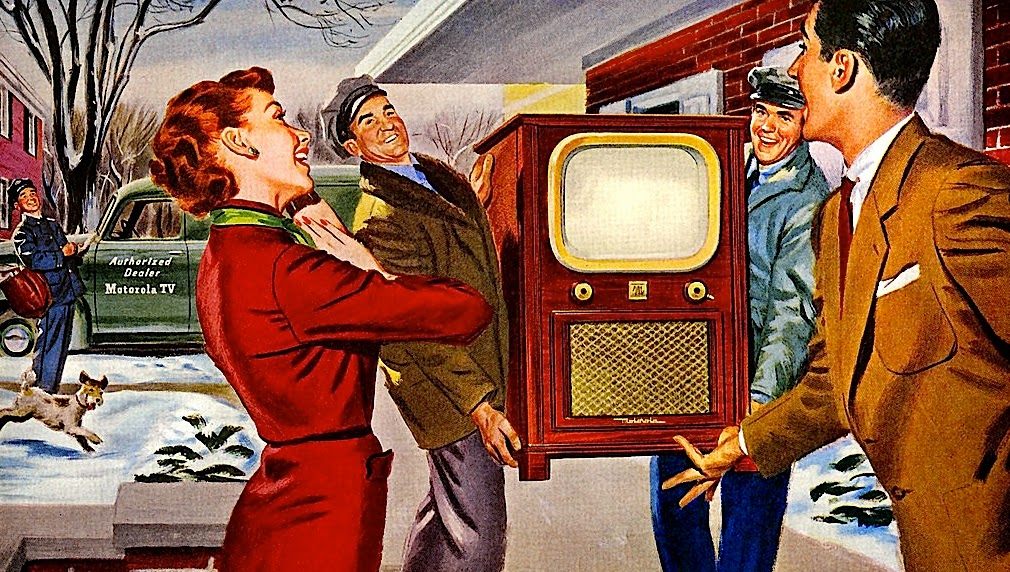 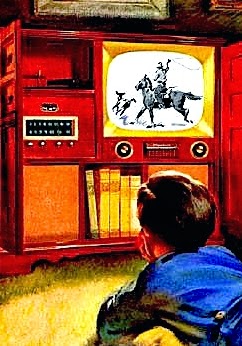 Station identification
As a boomer, television has been
an important element of my entire
existence. Long before extended
viewing was deemed to be bad for
kids, I was glued to the set. After
rushing home from school I spun
the knob to view Dark Shadows,
then the 4:30 movie both on WABC.
After dinner it was I Love Lucy on
WNEW and then the Million Dollar
Movie on WOR. Those images of
yesterday fueled my creativity and
helped me escape reality! 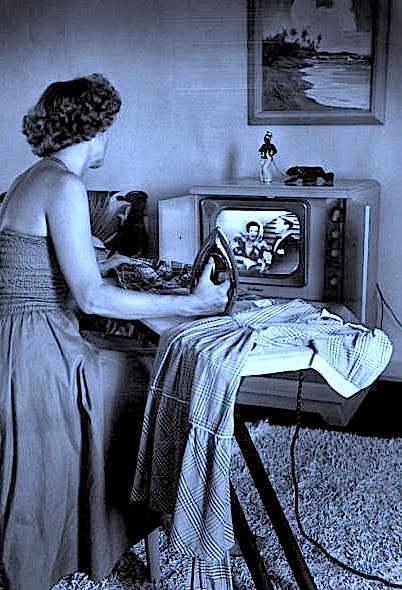 Commercial break
Throughout the balance of my life
I continued to view television 24/7.
Often it was background noise for
the live screenplay playing in our
home. My eldest "E" recalls that
I spent most of her childhood and
my Saturdays watching old movies
while ironing table linens. I never
had a television in the kitchen but
have been known to plan my food
prep around the broadcast schedule.
TV was much like comfort food.
I felt better when I consumed it. 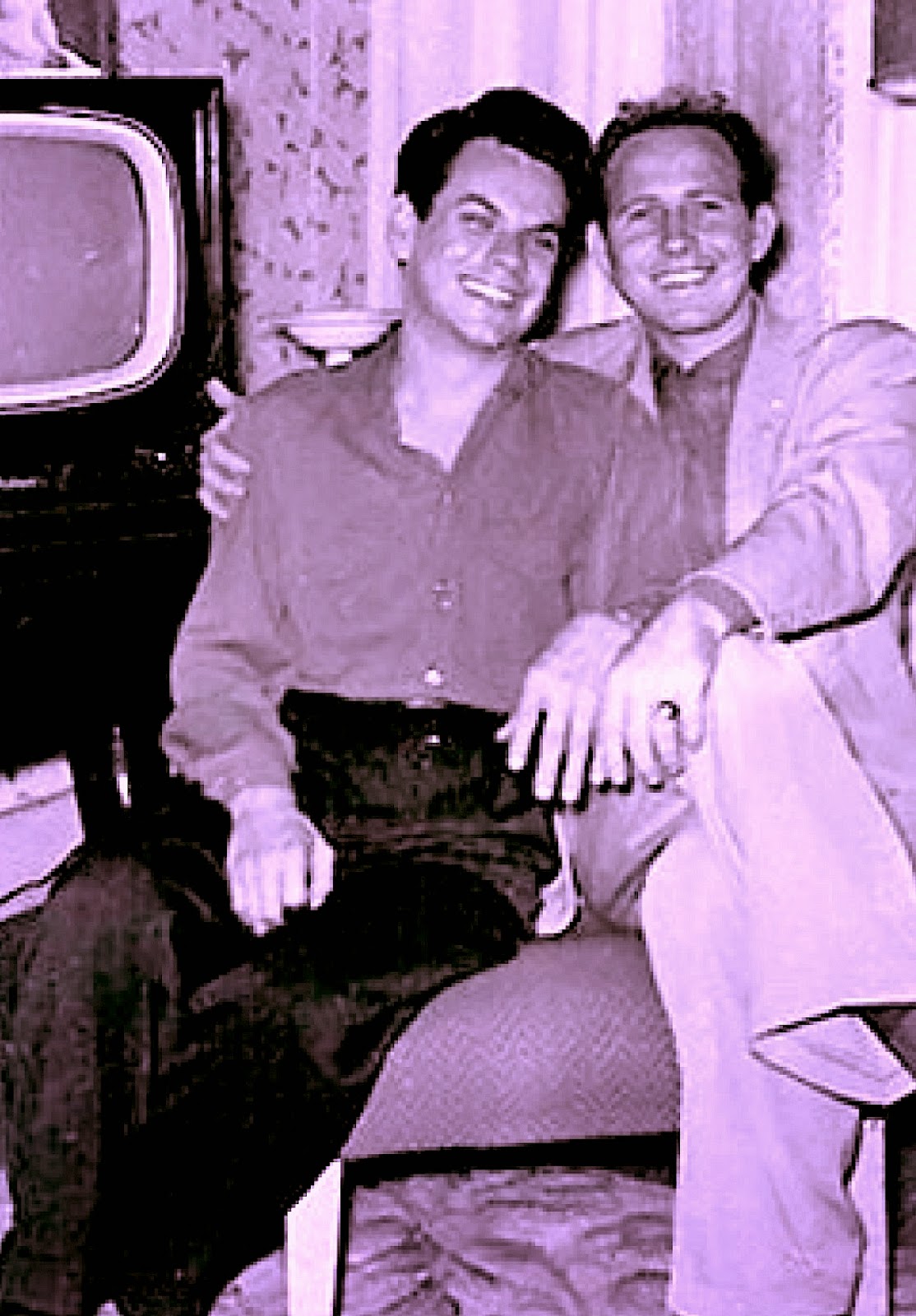 Flipped my switch
Then I met Frank. He rarely if ever
turns on the telly. In fact he views
his abstinence as a badge of honor.
As we adjusted to a shared life,
I watched the tube whenever he
wasn't watching. Often only tuning
in from dawn until he awakened.
Slowly I eliminated the drivel and
my need for TV's constant prattle.
Over the years I rubbed off on him
a bit also. He's now willing to watch
Downton Abbey and an occasional
TCM flick. But beyond that, nada. Another rerun
During the years that we spent long
stretches apart, I became consumed
with work. Leaving and returning
home in the dark, my only comfort
was my mega flat screen HD TV.
Many was the night that I sat before
it eating prepared dinners purchased
at Whole Foods. On weekends, it's
undertones soothed as I polished
silver, set the table, and cooked for
friends. My old ways were a poor
substitute for my beloved, but they
did help me survive my solitude. 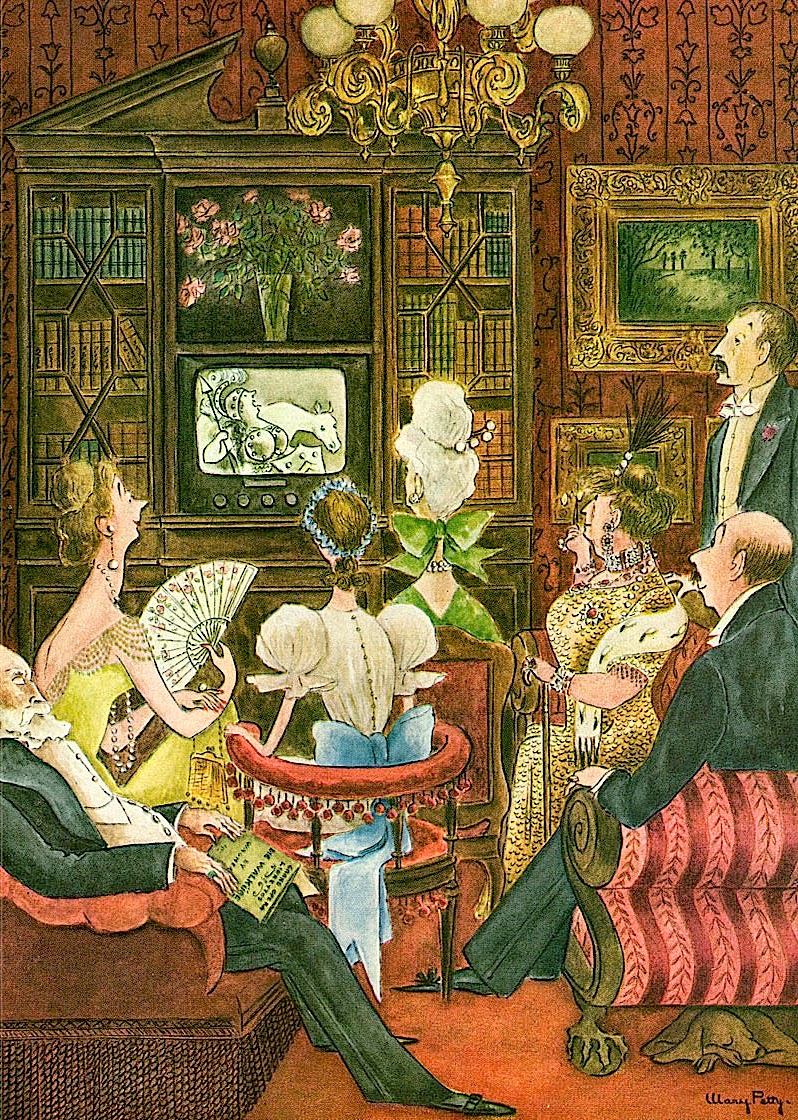 Appointment TV
Like an addict avoiding rehab
I slowly weaned myself off the
hard stuff. During our last time
in Manhattan I was quite busy
and my endless social calendar
left little time for the boob tube.
If I watched it was "On Demand."
Whenever I traveled, favorites
were downloaded onto i-tunes.
Why wait for the Sunday episode
when one can watch a season in
one seating? Plus I could turn it
off when Frank entered the room! 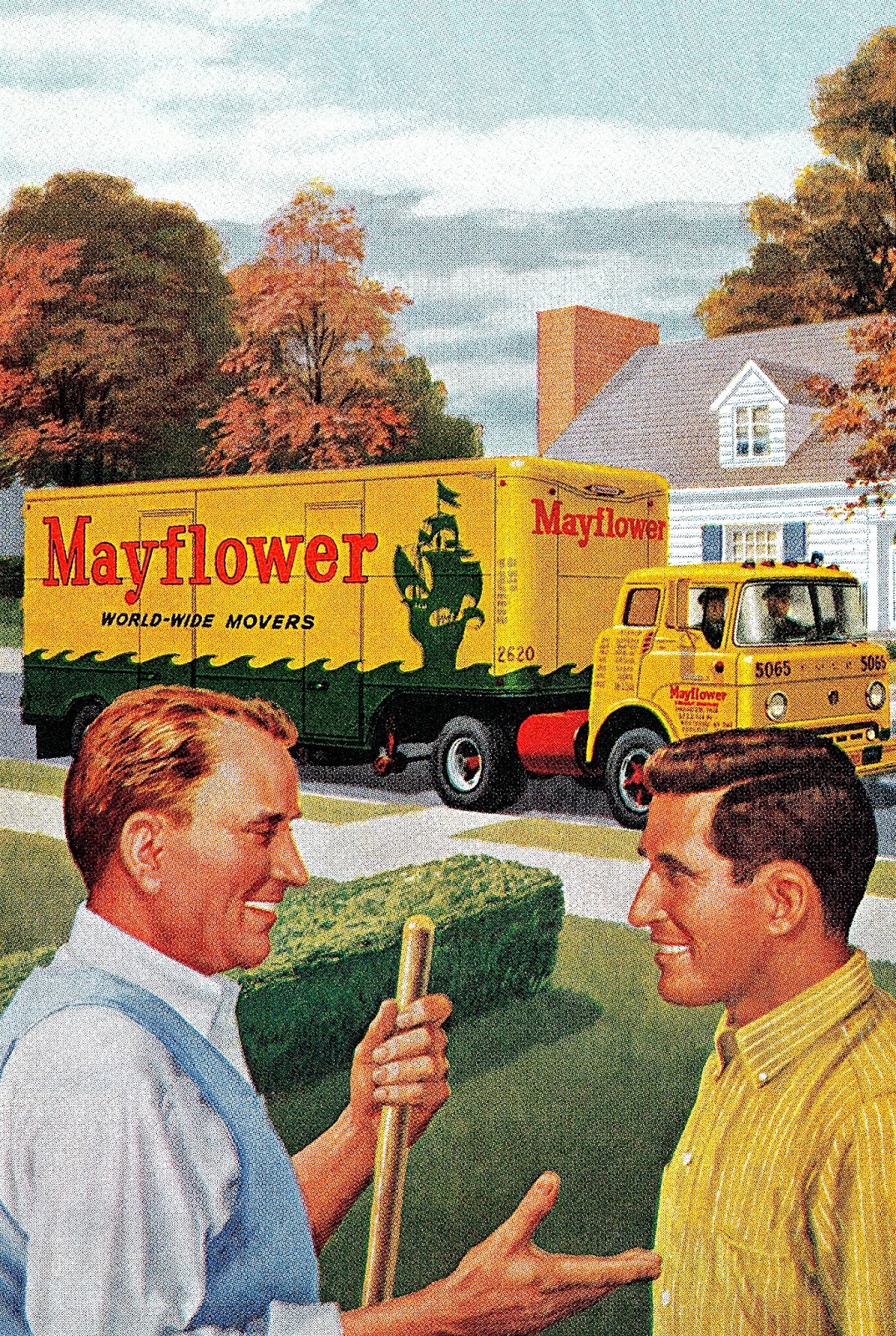 I moved on...
All of a sudden I was in control not
the remote. Then just as suddenly,
it ended. Since moving to Montana
I can't recall watching more than an
hour or two of television. Obviously
I've been distracted by our transition
into the Passion Pit. The process of
consolidation has been all consuming
and therefore limited (eliminated) my
broadcast consumption. In addition,
writing this blog takes up at least two
hours of my day. But more important,
I'm just not that interested anymore. 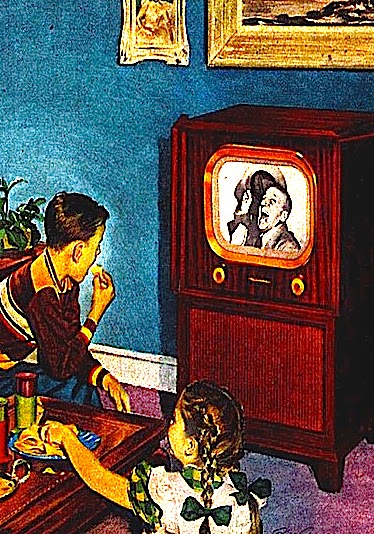 Tuned out
It makes sense. At this point I've seen
almost every old movie in existence.
We catch the latest flicks at the Judith
weekly. And suddenly housewives in
Atlanta, New Jersey, Orange County,
New York, and Beverly Hills bore me.
Most of what's broadcast is irrelevant
to my life. Honestly, I no longer find
most of what is publicly broadcast
even slightly entertaining. Maybe if
Jackie Gleason and Jimmy Durante
were still on I might feel differently.
As for now my dial is turned to OFF.
Posted by montanaroue at 4:00 AM