There's been a death in the family 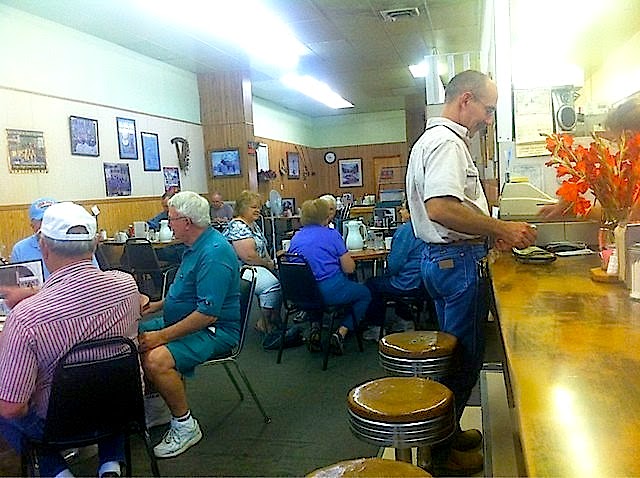 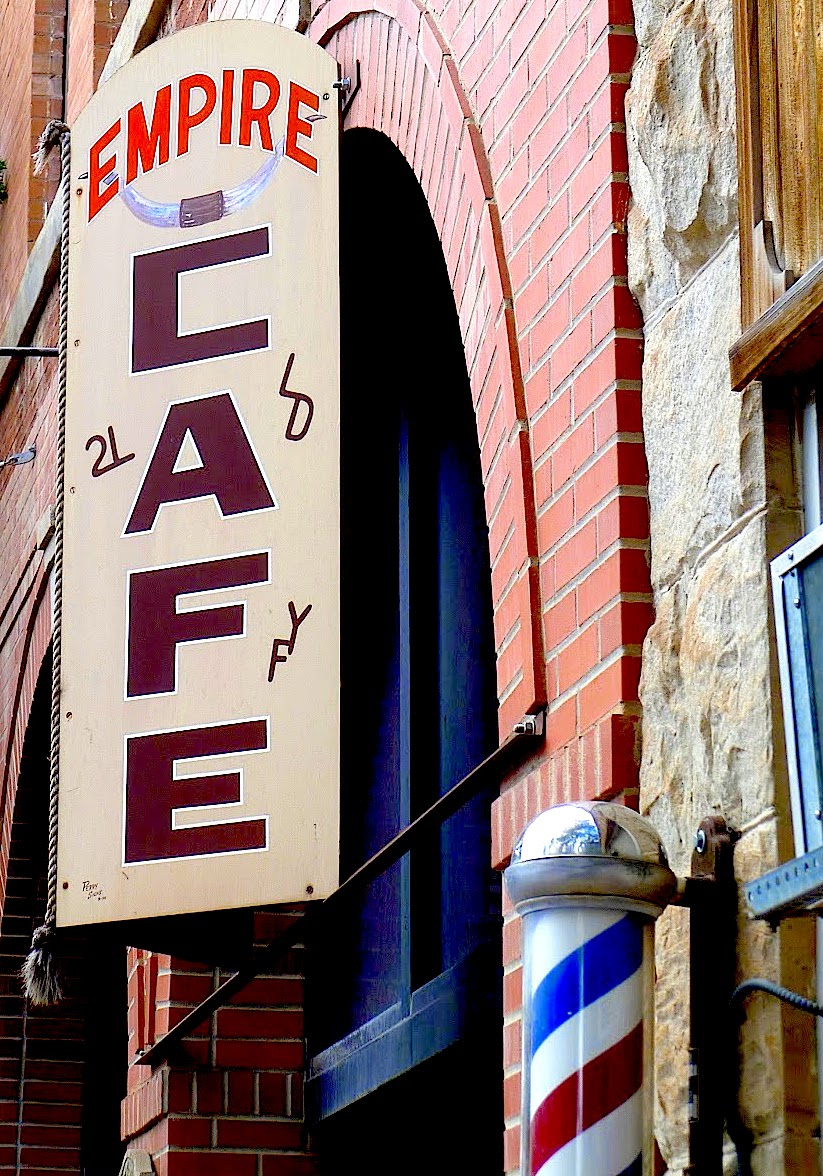 Off the menu
Saturday they closed the door
and shut off the lights for the
last time at the Empire Cafe.
For some reason management
decided it was time to throw in
the towel. What was a mainstay
on Main Street for many, many
years is now gone. Given Frank
and I ate there almost daily, I'm
more than befuddled by this life
changing event. Apparently the
rationale for closure was a drop
in traffic and sales? Really?! 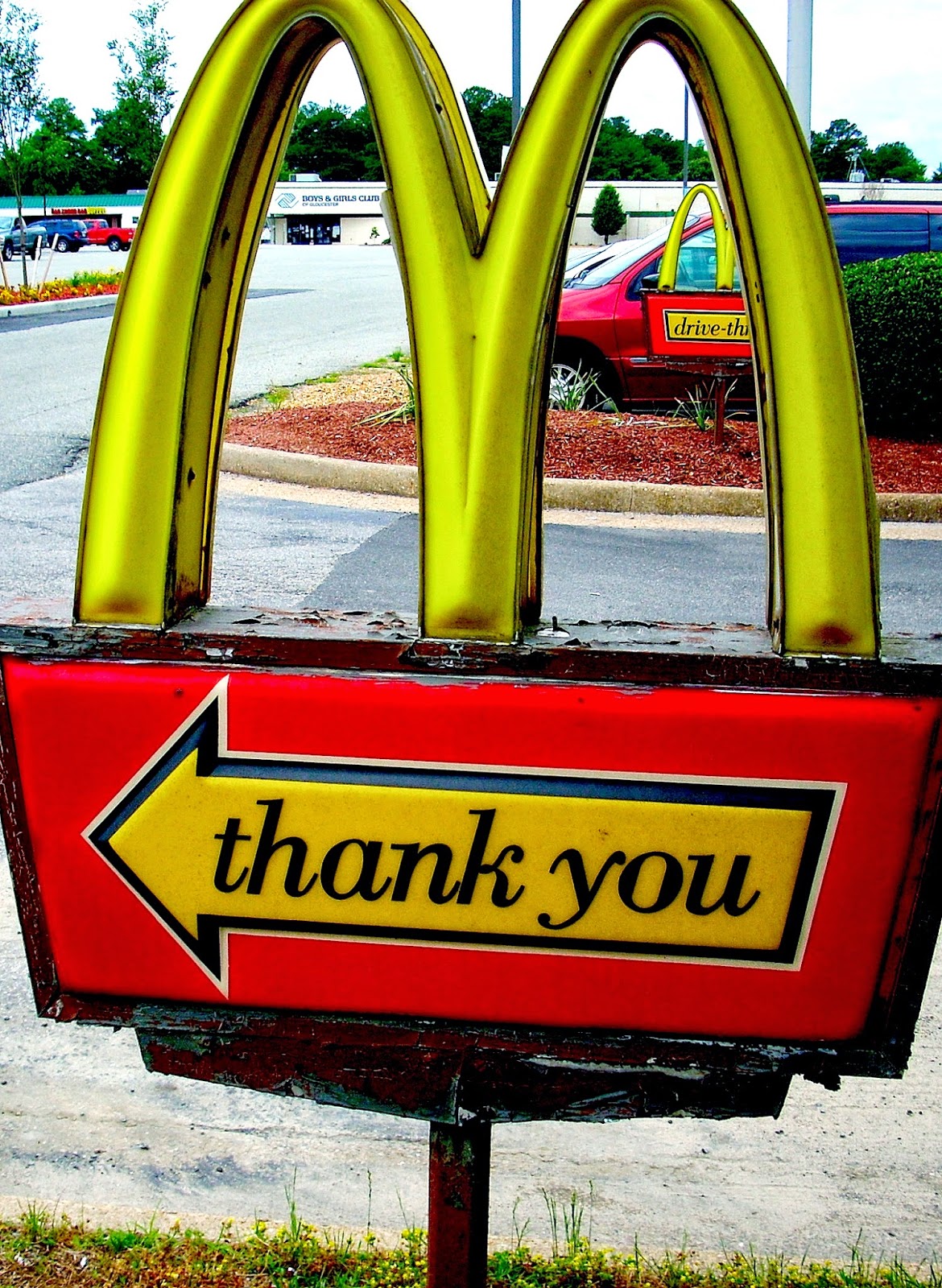 Drive by
Where had all the diners gone? In a
state of shock we rode around town.
The Four Aces lot was packed. This
casino and restaurant is known for
decent food at rock bottom prices.
Next we drove past McDonalds
where six trucks were in line at the
drive thru plus the lot was fairly full.
Finally we took a quick detour by
Doc's and confirmed that many were
flipping over their pancakes. Proof
that plenty of people are hungry and
plenty of places are feeding them. 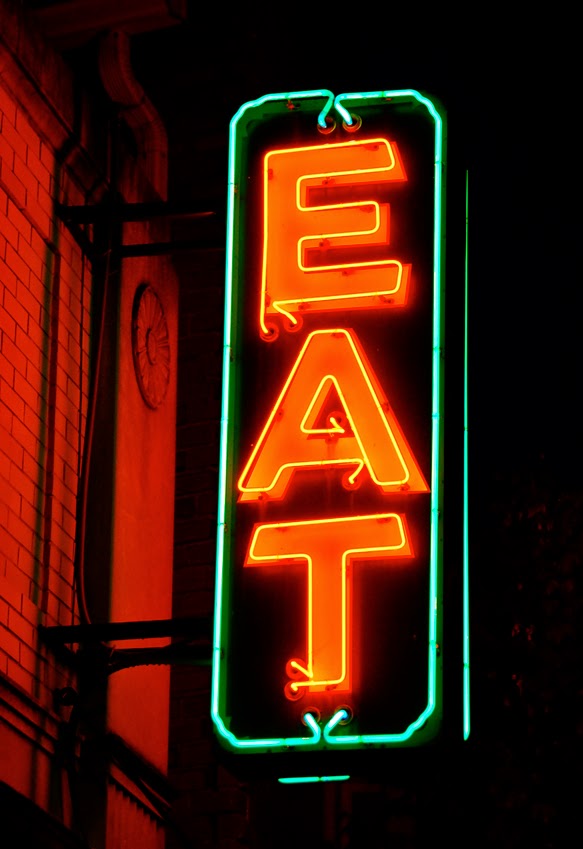 New and improved
When you live in a small town you
constantly worry about it's future.
Internal and external economic forces
can make or break a small community.
However an equal if not greater threat
is the basic capricious nature in all of
us. Everyone likes something new and
many thrive on a bit of the unknown.
Especially when you live in an isolated
area where anything new struggles to
survive. In the end different appeals
more than familiar, national more than
local. No wonder The Empire is gone. 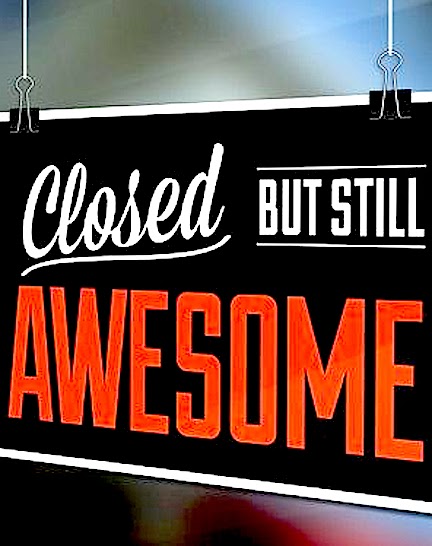 Early bird special
Recently a new barbecue joint
opened in a former restaurant that
had sat empty for two years. As
we drove by, the place was full
of folks trying the new fare. By
the next evening, all was dark.
A sign read "Thank you, we ran
out of food!" Proof that anything
out of the ordinary brings out the
masses. The question is, once the
novelty wears off, will they have
the stamina, patience, and deep
pockets to survive long term? 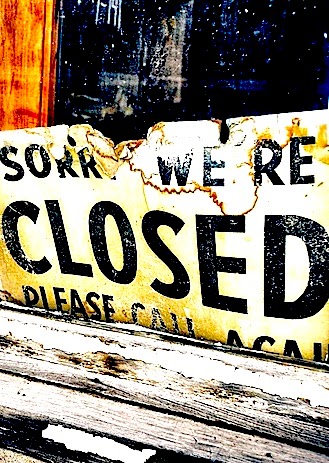 Nothing is forever
What was once cherished can be
forgotten in a heartbeat. Even a
beloved institution has to fight
competition and must always be
operating at the top of it's game.
In a close knit community like
ours - loyalty and patience rarely
last when not matched by quality
and consistency. Folks are willing
to put up with an awful lot given
options are scarce. But if they
don't get what they want, they'll
go elsewhere until they find it. 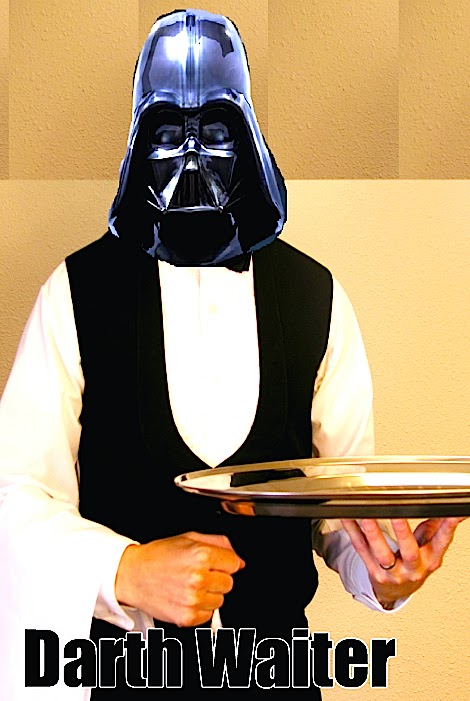 While you were out
I hope the closing of The Empire will
be a wake up call to other restaurants.
While this creature of habit will suffer
through a period of mourning, I'll find
somewhere else to dine each morning.
Fortunately there are lots of jobs for
talented wait staff so I'm sure we'll
see familiar faces in new places. Soon
we'll forget what we've lost and that's
rather sad isn't it? My hope is that a
white knight will purchase and reopen
my favorite dive soon. Oh how I'll be
thrilled when The Empire strikes back!
Posted by montanaroue at 4:00 AM