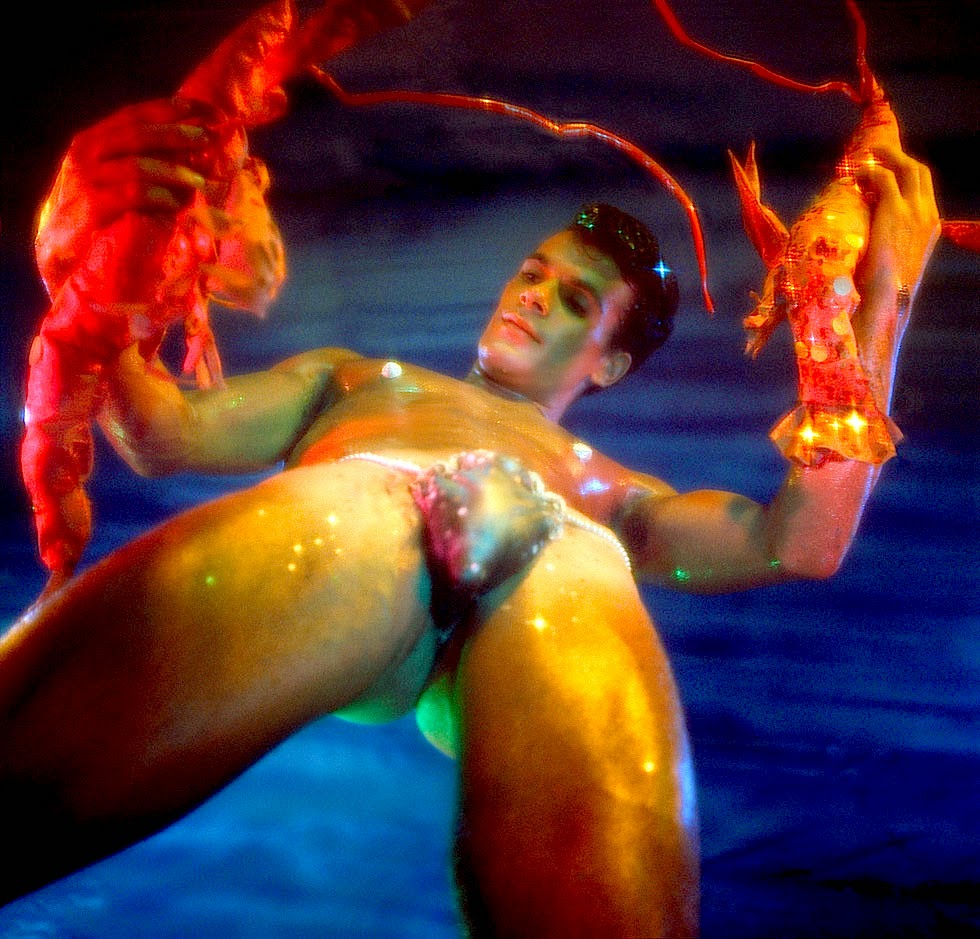 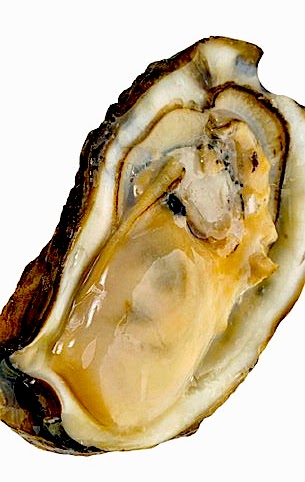 Aw shucks
There are few things I miss more than
oysters. As we prepared to exit the isle
of Manhattan I engorged on as many
of those succulent, slippery sensations
as possible. One of my favorite spots
was in Rowayton Connecticut. There
along an inlet you can slurp jewels as
they were pulled up out of the brine.
Add a crisp bottle of chilled French
Chablis and suddenly you're in heaven,
not Fairfield County! Knowing that
BOTH would soon be rarities, we ate
and drank, ate and drank, ate and... 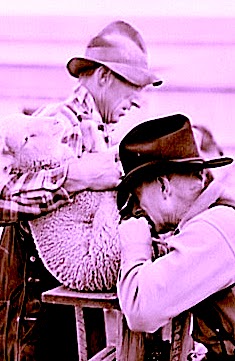 What a mouthful
It's not that we can't get oysters. First
of all the area is famous for it's Rocky
Mountain Oysters. These tiny morsels
come from the land not the sea. Well,
actually from the loins of either calves
or little lambs! Battered and deep fried
they're surprisingly tasty... as long as
you don't think about where they came
from! In addition we can periodically
purchase "fresh" oysters at our local
grocer. However having dined on the
best, I prefer to abstain until I can get
the real thing. It's worth the wait! 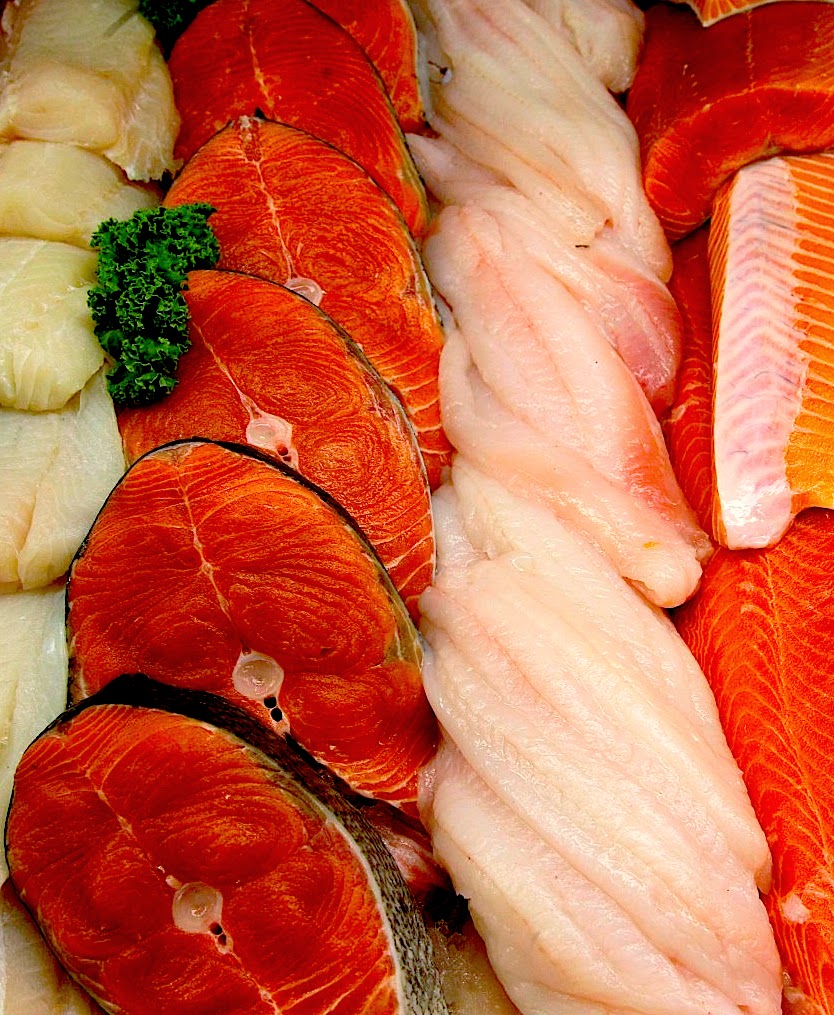 Chill out
Given we're miles from any
ocean, seafood is exotic. I've
had good luck hunting and
pecking at the grocer. Shrimp
is in abundance including wild
caught varieties as are scallops.
There's always a heap of King
or Snow Crab. Plus one can
always visit the freezer section.
However when Frank's brother
"W" visits he brings fresh crab
from the west coast. When are
you coming home "W"?! 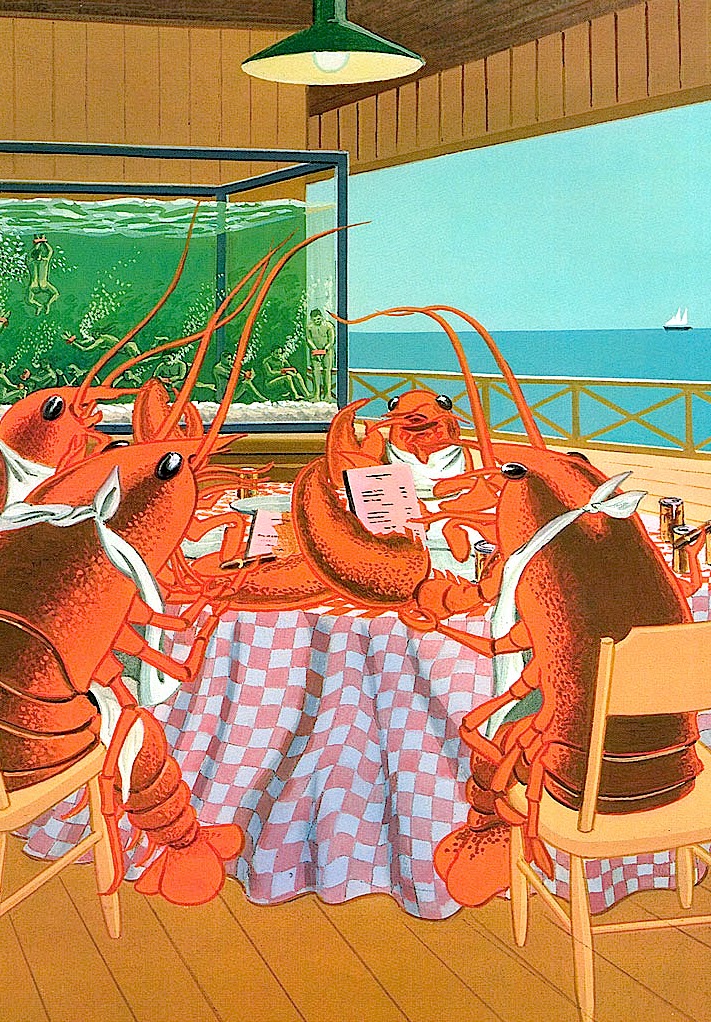 Shell game
Then there's lobster. As a boy we
spent summers in Maine and there's
nothing like a just caught and boiled
lobster - SWEET! Last Fourth we
were on the Cape and "D" prepared
the most amazing lobster rolls. I still
dream of them. Sadly we lack even a
cloudy tank full of crawling captives.
We can purchase tails and nothing
more. While easy to eat, they're also
easy to over cook. But when done
right, they're decadent and delightful.
Maybe it's the bowl of clarified butter? 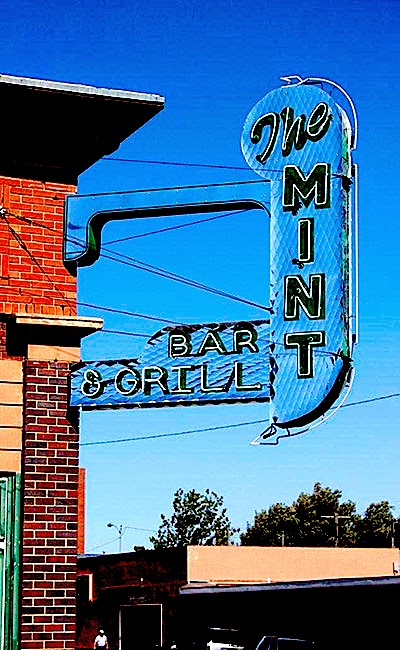 Something's fishy
Fortunately our favorite restaurant
in town offers up a broad range of
aquatic delights. When they first
opened they had fish flown in daily.
Given our airport no longer has
commercial flights, my assumption
is that we now dine on flash frozen
fruits de mer. Honestly it doesn't
matter as it's always prepared and
served perfectly. Given we live in
meat and potatoes country, we're
blessed to have this establishment
and therefore dine there weekly. 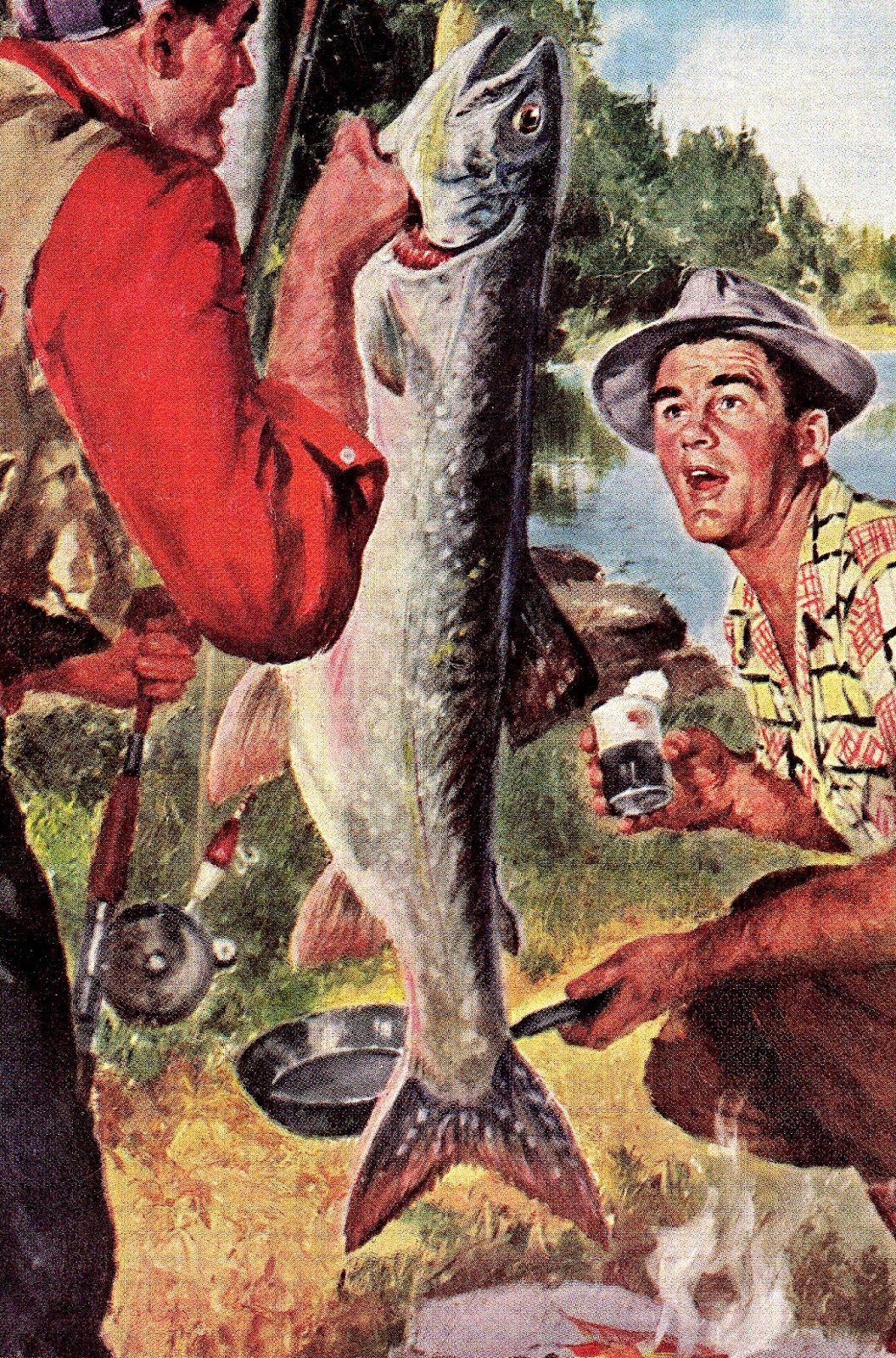 What's the catch?
Given we have one of the best trout
streams in the state there's plenty for
everybody. Years ago I frequented a
French restaurant in Dundee Illinois
famous for their Trout Almondine.
I loved it but ultimately overdosed
on the species. The same applies to
Walleye which was the specialty of
the Oak Grill at Marshall Field's in
Minneapolis. After dining on it often,
I now can't stand the stuff. What's
unfortunate about my disdain is that
both are the only fresh fish in town! 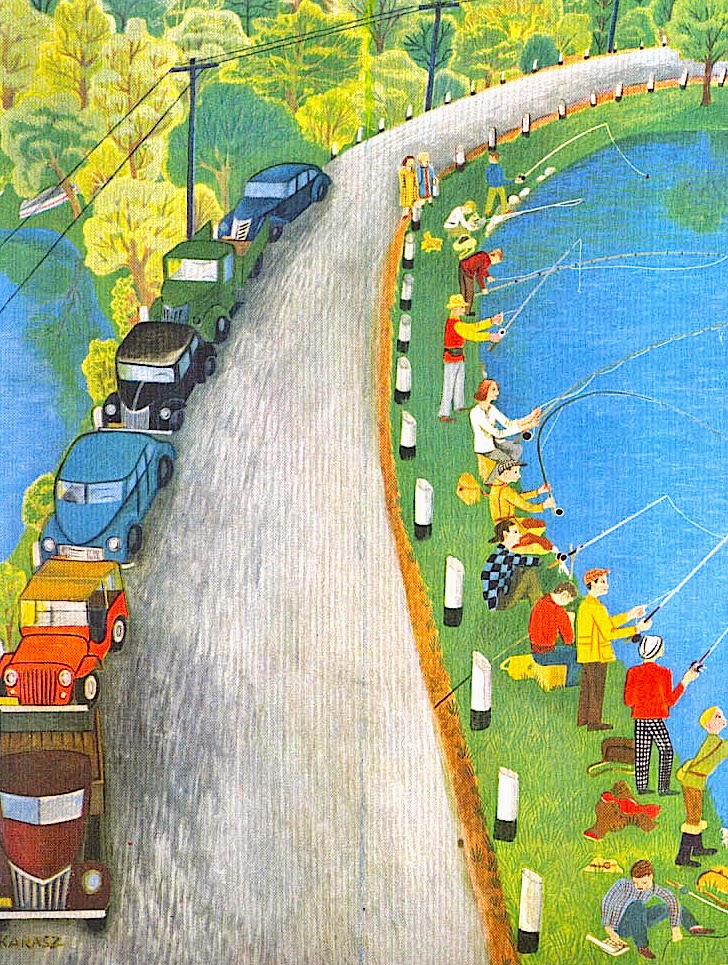 Bait & switch
Maybe I should try fishing. It's
supposed to be very therapeutic
sitting and waiting for something
to bite. Given my years sitting
on a stool in a gay bar... I think
I'll skip it. Instead I might ask
Frank's Uncle "T" to share some
of his next catch with us. Think
of how nice it would be to dine
on fresh trout lightly dusted with
flour and sautéed in butter. Could
I convert? After all, anything pan
fried in butter is delicious...
Posted by montanaroue at 4:00 AM