Time to hang it up! 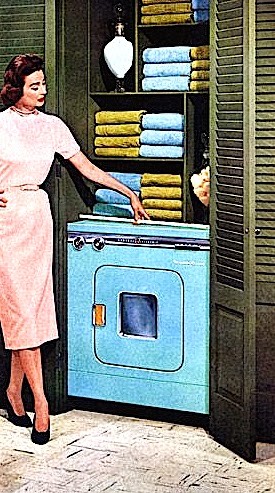 Front runner
Continuing on yesterday's blog subject
of cleanliness, we're finally about to
install our new washer and dryer. Living
without these blessed helpmates has been
more than challenging. However the fact
is that we had to complete renovations to
our basement in order to install our new
beauties. It's rather amazing how posh
laundry equipment has gotten. They seem
to be able to do almost anything! Who
ever thought that a pair of front loaders
could suddenly be luxurious? Or that they
would now cost more than my first car! 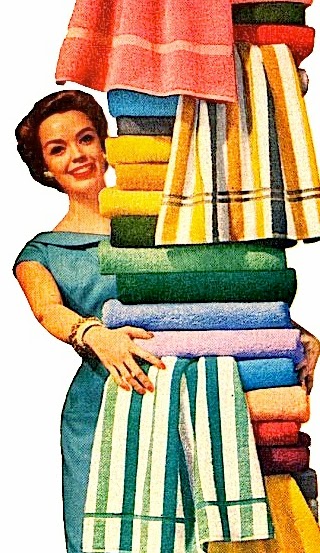 Under the sheets
For most of our time together Frank and
I lived in hi rise buildings. Years ago that
meant using the building laundry room.
While I rather liked the convenience of
doing six to eight loads at one time, Frank
abhorred displaying our dirty laundry in
public. My man believes in quality not
quantity! Fortunately we later resided in
apartments equipped with an in-unit washer
and dryer. Frank likes to take his time and
to do the job right. Anything coin operated
omitted the ability to soak, double rinse, or
take multiple spins around the cycle. 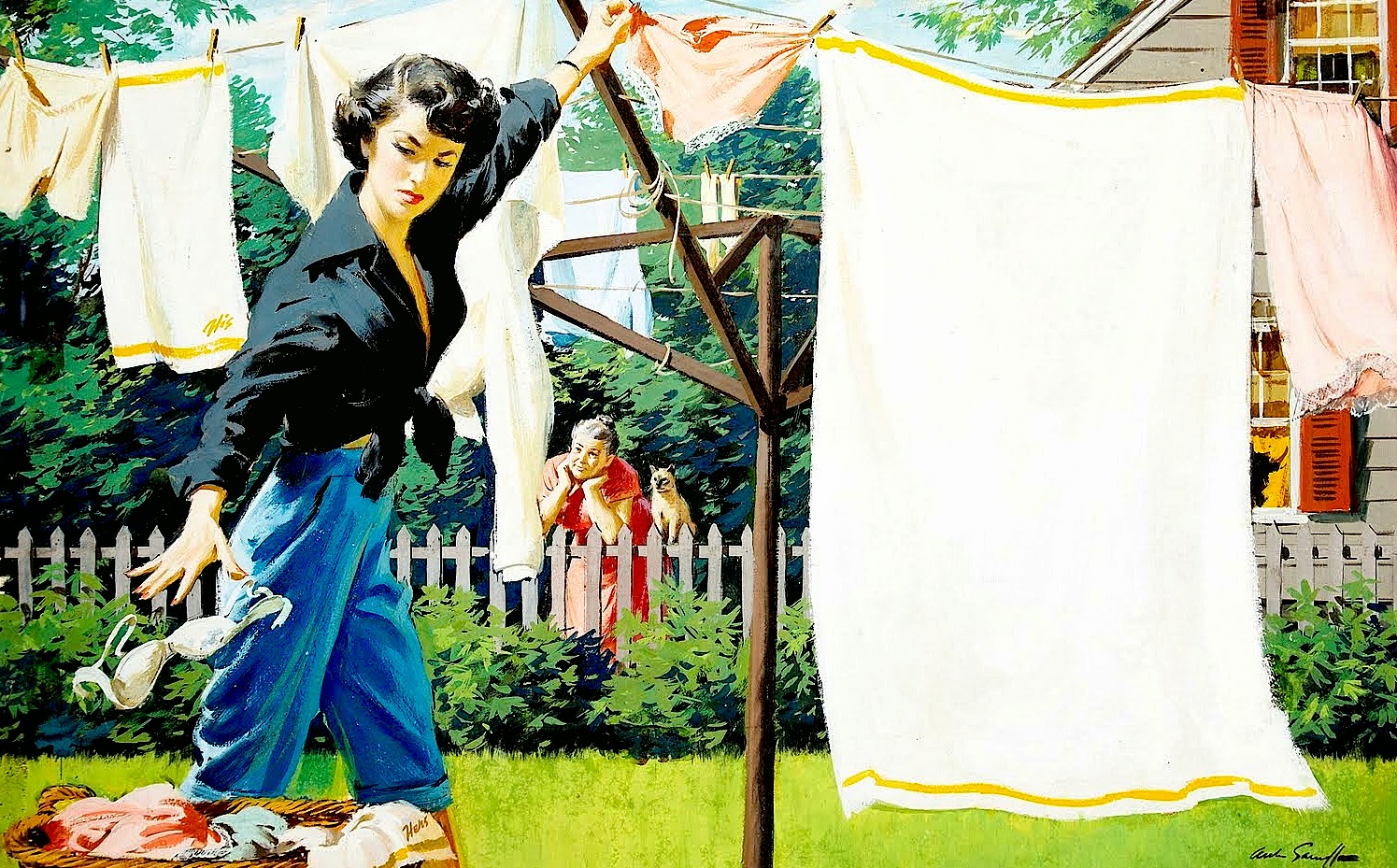 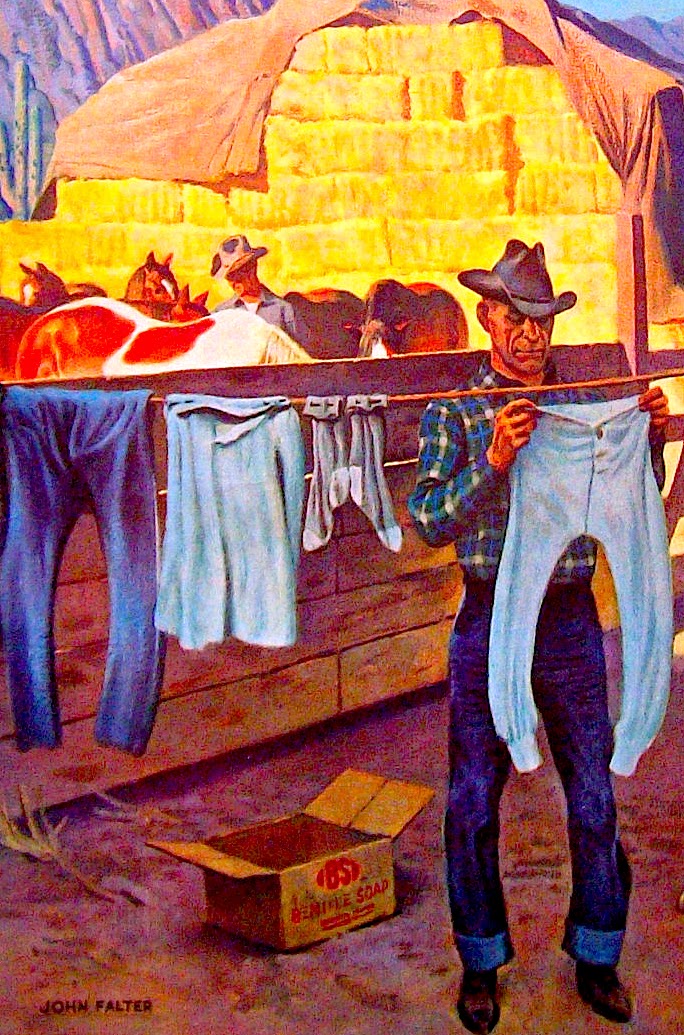 Blast from the past
Even out here in the wild west we've
got all of the modern conveniences.
However sometimes doing things the
old fashioned way is best. I'm looking
forward to is hanging my wash outside
in the fresh air and sunshine. While oft
considered archaic, it's actually the best
way to get fresh. Nothing beats the scent
of linens after they've been aired out.
That's the reason almost every laundry
soap manufacturer infuses their goods
with fragrances that attempt to match
Mother Nature's magic. 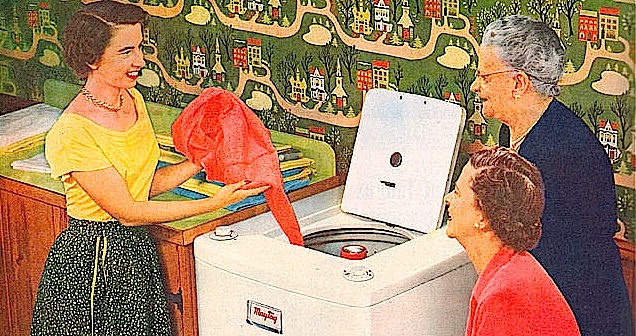 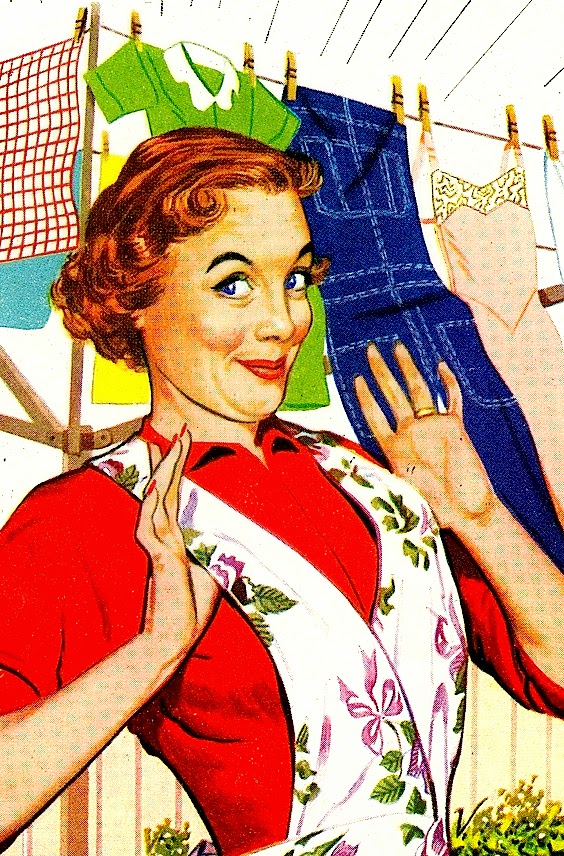 Right and ready
Since moving into the Passion Pit
we've been doing our laundry at
the condo. It's rather odd to "visit"
your former home but anything is
better than washing up in public.
Given our pressing situation, we've
been sending out our sheets, towels,
and linens to the local laundress.
I don't agree with her politics given
she has a strong affinity for "tea".
Therefore it's tough for me to hand
her my delicates and cash. The good
news is she's conservatively priced! 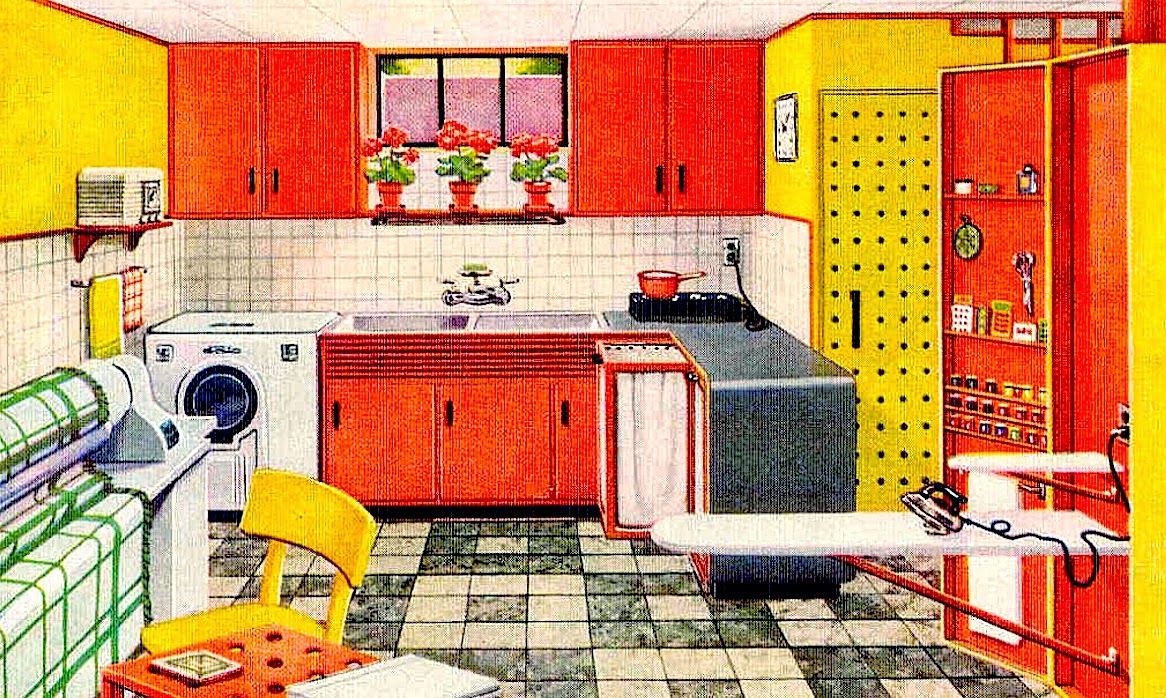 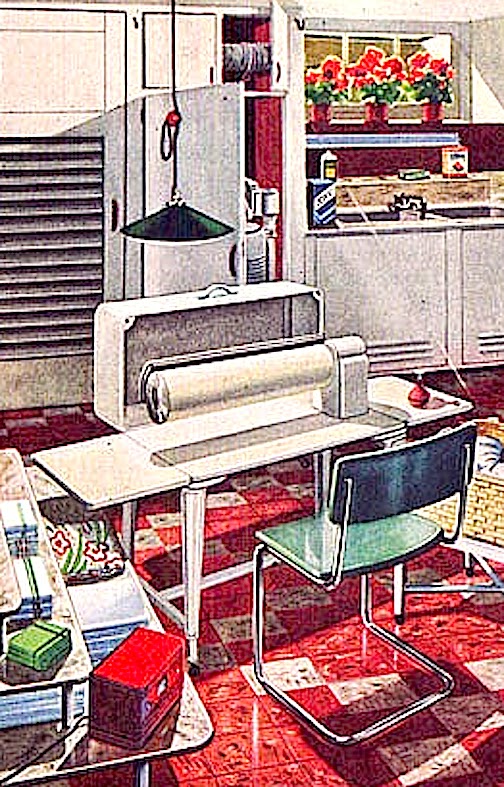 Hard pressed
Soon we'll have our own wonderful
in-home laundry facility. Just as the
house was originally configured in
1917, once again a large room will
be dedicated to keeping things clean.
We'll have clothes lines plus a long
counter for folding. Most important,
I'm getting my mangel! Yes friends,
this former executive plans to starch
and press his own fine linens at home.
At least until I can train somebody!
Oddly the very idea is one of the few
things that excites me. PRESS ON!