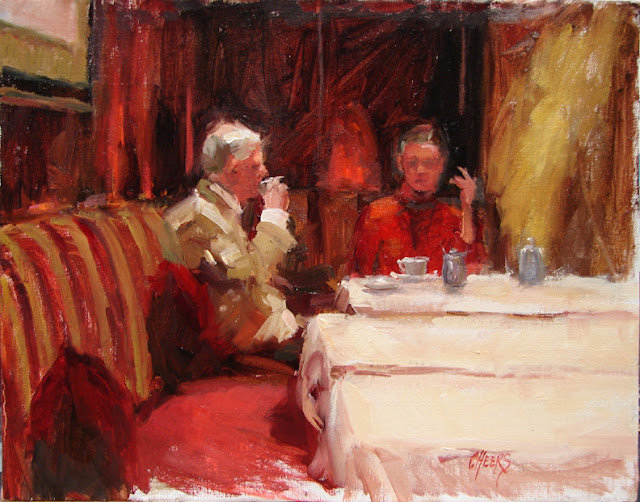 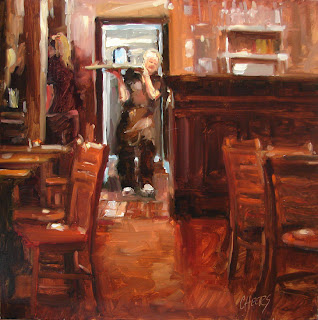 World Hunger?
There are few times when my
partner Frank and I disagree.
These odd occurrences happen
when we can't align on where to
dine that evening. Let's be clear,
the trigger point is when I refuse
to participate in making the final
decision. There is nothing that
sets my beloved off more than a
complacent dining companion. 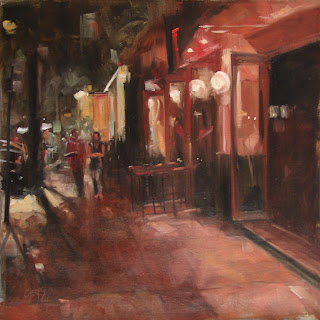 A la carte
The other night I was crabby.
All I wanted to do was nibble
on something from the fridge.
Then fall asleep in front of the
TV. On the contrary, Mr. V
wanted to dine out given he
only had two nights left in town.
Justifiably so, he was trying to
make the most of our meals
prior to his return to Montana. 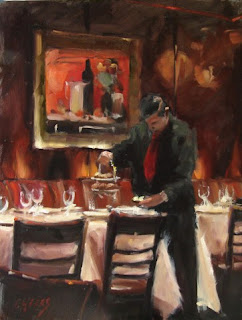 Table for two
Suddenly "Where should we dine?"
broke my calm solitude. In no mood
to make a decision I acquiesced. As
soon as I laid down the "you decide"
gauntlet, Frank became aggressively
inclusive. He insisted that we align
on a mutual selection. Even worse,
he strongly desired to try someplace
new. The more I politely demurred,
his fervor for alignment only increased. 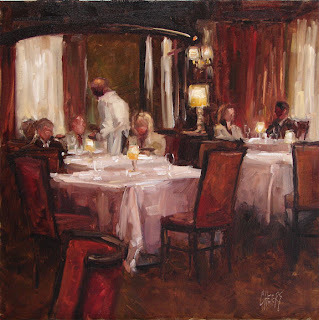 Frank is amazing when it comes
to finding fabulous restaurants.
Like a stealth missile, he's able
to find charming places as he
strolls the streets or trolls the
web. I have to admit that the
bulk of my favorites were
originally a Frank discovery.
His epicurean "gut" has never
steered us wrong, never! 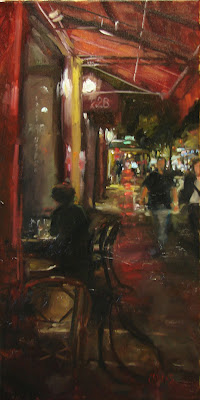 Tasting menu
We all know that I am a creature of habit.
In addition, I'm a Taurus. So, the thought
of giving in is hard for me. Let alone the
idea of traipsing around in humidity and
heat in search of a meal. The end result
was a journey filled with whining and
profuse sweating. Suddenly, I spied an
undiscovered Italian place across 57th.
So, I offered it up and was rewarded by
a smile. In the end I must admit we had
a good meal. Suffering from the process,
I was NOT good company. Was it angst
about where to dine for our final meal? 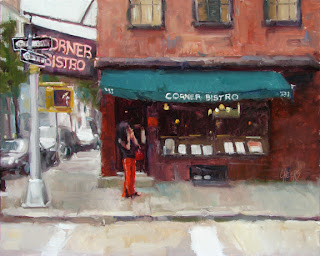 RSVP
I decided to make up for my bad behavior. For our last evening together my mea culpa was to serve up four dining options. However none were quite right so we dined at another of his "discoveries"! Proof that Frank should always do the ordering! 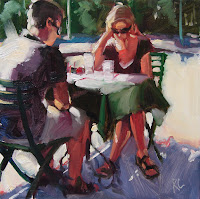 Cheers!
All of the artwork shown on today's blog
is by an Austin Texas artist named
Robin Cheers
I find her work quite charming as it is fresh
and of the moment. Check out her blog!
http://www.robincheers.blogspot.com

Posted by montanaroue at 3:25 AM